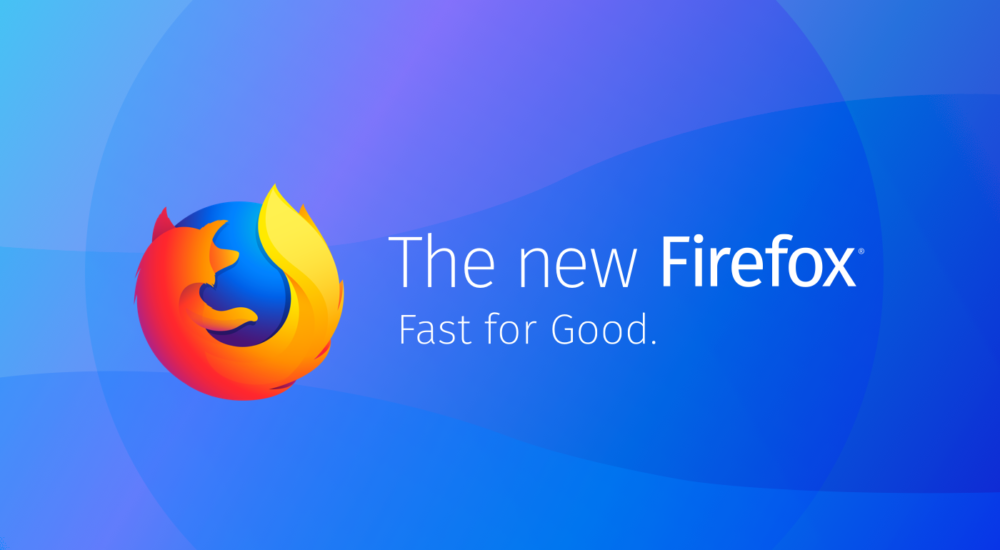 It’s fast. Really fast. Firefox Quantum is over twice as fast as Firefox from 6 months ago, built on a completely overhauled core engine with brand new technology stolen from our advanced research group, and graced with a beautiful new look designed to get out of the way and let you do what you do best: surf a ton of pages, open a zillion tabs, all guilt free because Firefox Quantum uses less memory than the competition. Your computer will thank you.  🙂

It’s by far the biggest update we’ve had since we launched Firefox 1.0 in 2004, it’s just flat out better in every way. If you go and download Firefox Quantum right now, you’ll immediately notice the difference, accompanied by a feeling of mild euphoria. If you’re curious about what we did, read on.

The first thing you’ll notice is the speed. Go on, open some tabs and have some fun. The second thing you’ll notice is the new User Interface (UI). We call this initiative Photon, and its goal is to modernize and unify anything that we call Firefox while taking advantage of the speedy new engine. You guessed it: the Photon UI itself is incredibly fast and smooth. To create Photon, our user research team studied how people browsed the web. We looked at real world hardware to make Firefox look great on any display, and we made sure that Firefox looks and works like Firefox regardless of the device you’re using. Our designers created a system that scales to more than just current hardware but lets us expand in the future. Plus, our Pocket integration goes one step further, which includes Pocket recommendations alongside your most visited pages.

As part of our focus on user experience and performance in Firefox Quantum, Google will also become our new default search provider in the United States and Canada. With more than 60 search providers pre-installed across more than 90 languages, Firefox has more choice in search providers than any other browser.

We made many, many performance improvements in the browser’s core and shipped a new CSS engine, Stylo, that takes better advantage of today’s hardware with multiple cores that are optimized for low power consumption. We’ve also improved Firefox so that the tab you’re on gets prioritized over all others, making better use of your valuable system resources. We’ve done all this work on top of the multi-process foundation that we launched this past June. And we’re not done yet. David Bryant who first told you about Project Quantum explains what’s to come and what we’re doing to continue to improve your browser’s performance.

Here’s a look at the new Firefox browser in action:

Making Firefox look, feel and perform faster was no small feat. Employees and volunteers from around the world worked in record time to create the best Firefox yet. Let’s take a moment to take a look at what we accomplished this past year to make this happen:

We’ve already heard from many voices about Firefox Quantum while it was in beta, and here’s what they have to say:

Check out the new Firefox browser on Windows, Mac or Linux. The new appearance will also be available on iOS and Android.

There’s more that could be said about all the amazing work that went into Quantum, or about some of the exciting stuff in the very near future, but at this point you should stop reading and download Firefox Quantum, because it will make you happy.