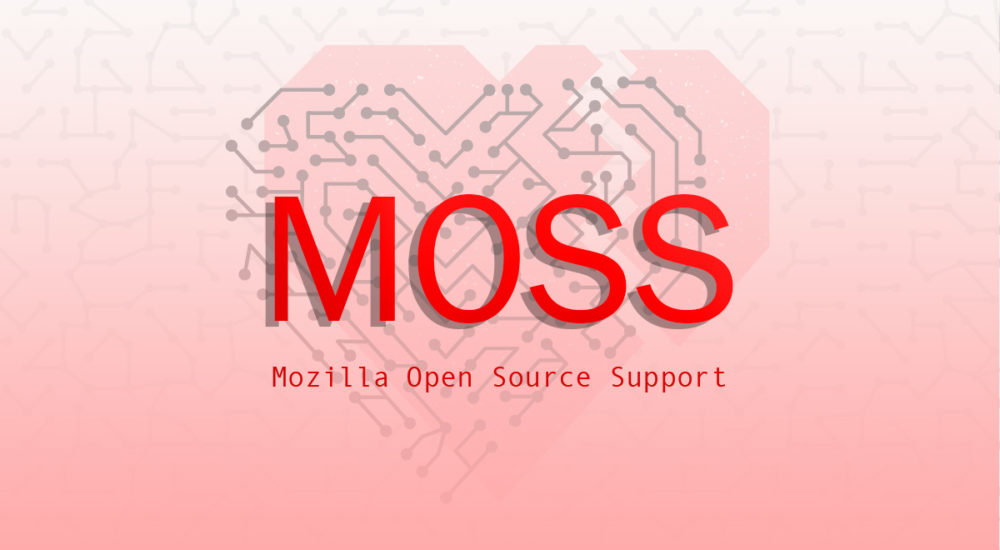 Mozilla was born out of, and remains a part of, the open-source and free software movement. Through the Mozilla Open Source Support (MOSS) program, we recognize, celebrate, and support open source projects that contribute to our work and to the health of the internet.

2018 was a year of change and growth for the MOSS program. We worked to streamline the application process, undertook efforts to increase the diversity and inclusion of the program, and processed a record number of MOSS applications. The results? In total, MOSS provided over $970,000 in funding to over 40 open-source projects over the course of 2018. For the first time since the beginning of the program, we also received the majority of our applications from outside of the United States.

While all MOSS projects advance the values of the Mozilla Manifesto, we’ve selected a few that stood out to us this year:

With an eye toward broadening participation in the MOSS program and reaching new audiences, the MOSS team decided to try something new at this year’s Mozilla Festival in London: we invited Festival attendees who work on open-source projects to join us for an event we called “MOSS Speed Dating.” For the event, we established a special MOSS committee, comprised of existing committee members, Mozilla staff, and leaders in the open-source world. Attendees were invited to “pitch” their project to three different committee members for 10 minutes each. Following the event, the committee met to discuss which projects best exemplified the qualities we look for in all MOSS projects (openness, impact, alignment with the Mozilla mission) and provided each of the most promising projects with a $5,000 seed grant to help support future development. While many of these projects are less mature than the projects we’d support with a larger, traditional MOSS award, we hope that these seed awards will assist them in growing their codebases and communities.

The 14 projects that the committee selected were:

In 2019, we hope to double down on our efforts to widen the applicant pool for MOSS and support a record number of projects from a diverse set of maintainers around the globe. Do you know of an open-source project in need of support whose work advances Mozilla’s mission? Please encourage them to apply for a MOSS award!

“Tomorrow I might buy myself a sweet Munchkin Kitten”

Read none about it