Now that the dust has settled from the Mozilla Foundation annual Mozilla Festival 2015 there’s time to reflect on the success of this year’s Mozilla Science Lab “Open Science” track that took place on the 9th Floor at Ravensbourne University, London UK – November 6 – 8. 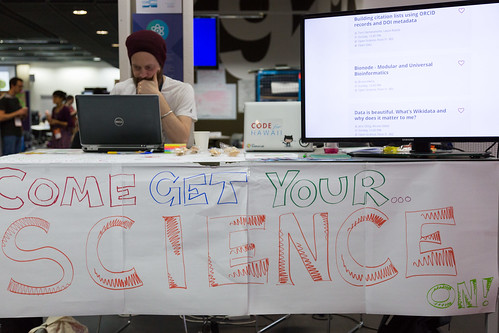 The spirit of MozFest was again, electrifying and inspirational and that was in large part due to the energy and enthusiasm of the 70+ facilitators (bottom) that ran over 35 sprints and trainings in the “Open Science” space over the three day festival – not to mention of course, the huge number of participants that came together to learn, tinker, explore and hack at the intersection of science and the Internet, and learn how the Web can advance scientific work.

The festival began Friday night with a Science Fair where we featured our new Mozilla Fellows for Science cohort, took a look at geocoding from Stuart Lynn (CartoDB), Aurelia Moser (CartoDB) and David Riordan (Mapzen) as they demo’d a preview of their session “Putting the world in its place: Geocoders, their promise and pitfalls” and SP Mohanty demonstrating his YA3C project that he entered in the CERN Summer WebFest. 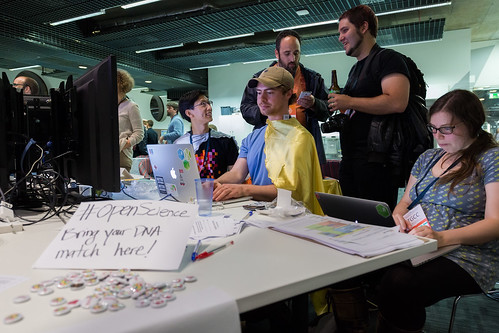 For the next two days the Open Science schedule (mid-page) was packed with sessions covering topics for open data, science communication, citizen science, and open research. Too many to cover in this blog but here are a few links to some of the session takewaways … just to highlight a few.

And something new in the Science space this year was the “Open Research Accelerator” which featured opportunities for project leads to collaborate on each other’s projects and empower one another as well as receiving one-to-one mentorship from the Science lab team and community leaders. Rob Davey and Billy Meinke ran an awesome session on How to run an Open Source Science project with a follow-up blog post by Billy on the session outcomes.

Saturday afternoon Amy Lee, Study Group lead at the University of British Columbia, took to the MozFest main stage to participate in a lightning talk about “Open Science” hosted by Medium.

The festival wrapped up Sunday night with incredible demos from the work that was done over the weekend. From the Science space Richard Smith-Unna and Joey Lee demo’d their mozmap (open in Chrome), David Bovill and Max Franz showcased their collaboration between FederatedWiki and Cytoscape.js and Francois Grey from CERN and his team showcased “The Open Seventeen” project. 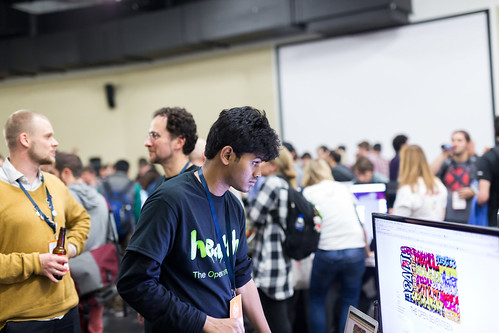 It wasn’t all about sprints, trainings and demos though. A great deal of fun was had by many who participated in the DNA challenge – “Find your DNA Match and bring them to #OpenScience for a chance to win!” It sparked a flurry of quick “connections” between festival participants and a steady stream of people to the Science floor.

Inspirational Open Data fortune cookies and @MozillaScience project planning napkins plus a photo booth rounded out the lighter side of science.

Thank you to all our facilitators, mentors and community leads for making Science Lab’s “Open Science” space at MozFest 2015 another huge success. Although the Science Lab team wore the capes you’re all the superheros for Science. 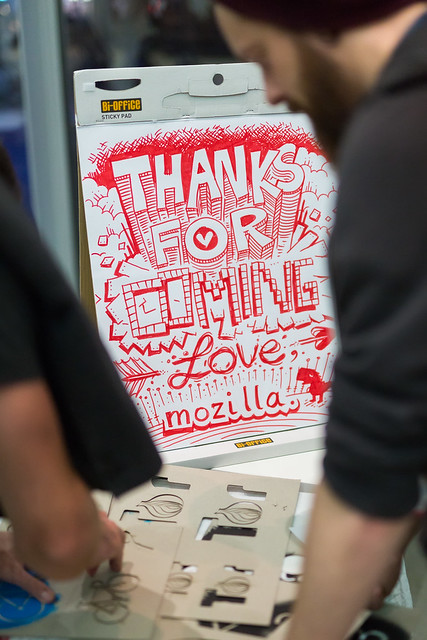