We have great news to share. Our long-standing partner, Unity announced today that it is removing the preview label from its WebGL export functionality as of Unity 5.3. Over the past six months Unity and browser makers have been pushing hard to address quality and performance issues to offer developers full support for creating titles using this technology.

We wanted to give an update on all of Mozilla’s efforts to drive Web gaming online. In brief, we continue to see growing support from other browser providers for the Web technologies — including Mozilla-pioneered asm.js and WebGL — that empower developers to build amazing game experiences.

Adoption by Other Browser Makers

The Web game stack is a collection of Web technologies that — when brought together — empower developers to build high-end video game experiences for users. We continue to see strong support for the Web games technology stack across browsers. The WebGL graphics API has already spread across all browsers. And since our last update, other browsers have made significant strides in their asm.js implementation.

Microsoft’s Edge browser has enabled targeted asm.js optimization by default, and Google’s Chrome browser added asm.js to their status tracking board as a defacto standard. In addition, Safari has also made improvements to asm.js performance with the release of their FTLJIT optimizations last year, and included asm.js code in their benchmark JetStream. Firefox, Chrome, Edge, and Safari can now run Unity WebGL on the desktop.

All of this support has led to exploration and interest from game developers. EVERYDAYiPLAY shipped Heroes of Paragon on the Web via Facebook. To quote Vincent Vergonjeanne, EVERYDAYiPLAY’s CEO and Founder, “Today we have a Web game with awesome performance running friction-free in all contemporary browsers. We also launched the game on mobile at the same time, and are excited to state that our initial launch data shows the Web version is outperforming both iOS and Android. People are spending more and playing longer when playing on the Web!” Heroes of Paragon is now available to play one click away. 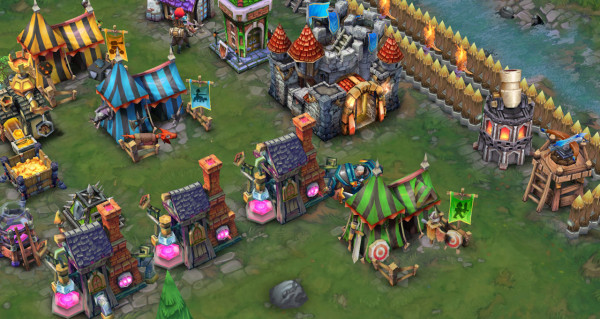 We continue to work with other browser makers on improving the potential of games on the Web. Mozilla is working on technologies such as WebAssembly, WebGL 2, SharedArrayBuffer, and SIMD support which promise to enable ever better experiences. To learn more about Mozilla’s efforts to improve games on the Web, please visit games.mozilla.org.