On the heels of this week’s announcement that Firefox recently surpassed 50% market share in Indonesia, we thought it would be interesting to look at what other regions are also nearing this amazing milestone.  Thanks to Net Applications, we’re able to share this data, which is typically only available via a subscription to their service.  In the chart below, you’ll see which countries are next in line for passing the 50% mark and the degree to which each region has been growing in 2008.  Please click on the image for a full view. 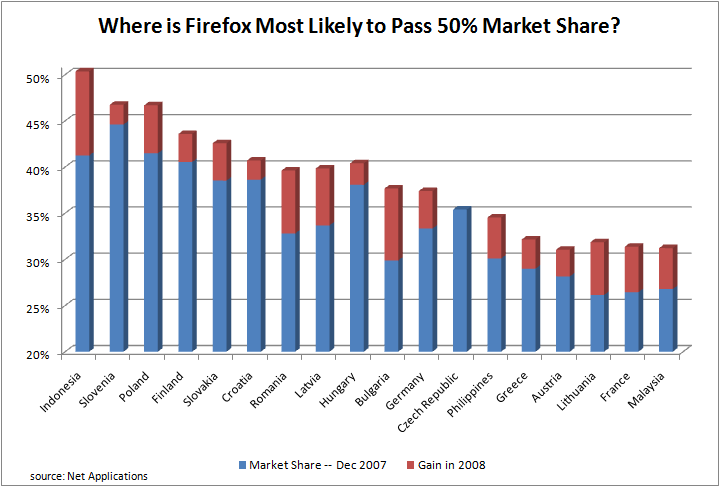 We’re aware that this analysis isn’t exactly rigorous.  For example, with the Indonesia discussion, we were able to do a bit of triangulation ensuring that the story was in fact accurate (e.g., comparison with other market share sources, comparison with our own internal growth numbers).  That said, we should point out one very compelling fact…

Given how eerily similar these two distinct data sets are , it seems as though the data presented in the chart above should, at the very least, be directionally true… giving our communities one more reason to celebrate.