Teaching the Freedom of an Open Web

Teaching the Freedom of an Open Web

Berlin is a mad city. Germany’s capital is pockmarked with tattoos, scars, and statues to its paradoxical past. A city notorious for its history, where invasive surveillance and the urge for freedom clasped hands during a shift change at the border control between East and West. Today the world pulls up a chair to relish the scenes of its daunting past. Berlin is both memorial and haven.

Berlin is also a feeling, and a unique one for those whose roots lie here. Cathleen Berger, Lead, Engagement with Global Internet Fora at Mozilla, is one of them. The world is her well-traveled home, but Berlin has never lost its gravity for her. “If you grow up in a divided city, it doesn’t take much to realize how important privacy is. If you know what permanent surveillance does to people and how it changes their behavior.” 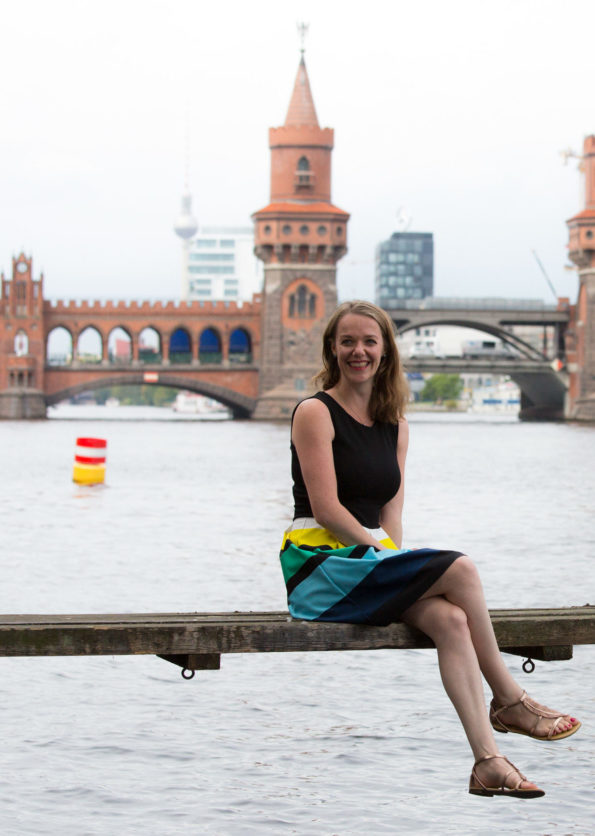 Nowadays, Cathleen monitors for Mozilla the digital developments in politics and societies worldwide. In different fora, Cathleen tries to explain the importance of privacy and security at all levels of the ecosystem – economic, governmental and cultural.

Cathleen presents a diverse range of digital topics for Mozilla, but privacy has a special focus. Privacy is the foundation that lets us develop as free and independent human beings, able to think without interference and define our own ways of living.

Despite its huge implications for our personality, privacy can’t be taken for granted. We need to actively protect it. We need to stand up for it. We need to make clear that no-one can enter this space but us.

Today, surveillance is multi-layered and covers the whole globe.

“Government surveillance belongs to our recent history in Germany. This kind of surveillance was tangible, people knew about it, they could in some way even see it,” says Cathleen. Today things are different. Surveillance is primarily digital. It’s multi-layered and covers the whole globe. “When we speak about surveillance these days, we don’t just talk about state surveillance, but businesses and companies collect information about users – without similar checks and balances of democratic control.”

Cathleen represents Mozilla’s global engagement at international fora like the United Nations, the World Economic Forum, the G20 and many more. She’s there to speak up for us. To listen to others. To provoke deeper thinking. To pull back the curtain of ignorance and help people see that they are giving away a lot of control over information about themselves without necessarily realizing it. She is also prompting companies and governments to make sure privacy and security remain priority topics in all things digital.

What does Mozilla and technology have to do with politics and democracy?

In the international fora, such as the United Nations, the World Economic Forum, the G20, etc., Cathleen represents Mozilla for a wide range of topics to achieve that the internet remains an open, accessible resource. For example, Mozilla has been involved in the Internet for All initiative at the World Economic Forum and is partnering with Digital Opportunity Trust to promote the "Digital Ambassadors Program" in Rwanda.

“I always asked a lot of questions.”

“I always asked a lot of questions. I always wanted to know more, dive deeper, move something.” Her path is one of those that feels hard to complete while you’re doing it, but which makes sense when you look back at the view. After graduating with a Bachelor’s degree, Cathleen moved to New Zealand to work with Greenpeace on an infrastructure campaign that also examined the country’s digital evolution. Back in Berlin, she studied Political Science and European Studies, focusing on security policy. Her Master thesis concentrated on the newly implemented European External Action Service.

Her promotion was supposed to lead to even deeper digging, but she couldn’t finish her work. After Snowden’s revelations and their implications, Cathleen’s research into data exchange between Germany’s Federal Intelligence Service and the Federal Agency for State Protection became too delicate. “Suddenly, many respondents I talked with about this before, withdrew their consent. So I couldn’t publish my work. As important as I found Snowden’s revelations, I was also very upset at the time.”

But Cathleen has always trodden a special path. While she was struggling to accept that her hard work would have to stay unnoticed, the German Federal Foreign Office opened a new door, that marked the beginning of her shift into diplomacy.

“I’ll never forget the moment I sat behind this sign in a forum for the first time. A sign that said ‘Germany’. That was a moment for me. I never lost the sense of responsibility and also the respect that comes with representing the interests of many.”

Privacy is a fundamental right that’s worth protecting, and just one of the many topics that Cathleen stands up for. All her life she has sought to answer the call of how to bring people together across boundaries, without underestimating the value of the individual perspective. It has always driven her. The interface between security policy and digital innovation. That’s why she’s now at Mozilla. They couldn’t just oversee her work – they wanted to hire her.

Is everything that innovation allows us to do also what we should do?

A jolly silver robot dangles on Cathleen’s necklace. “Actually, that’s a perfect fit, if you think about it,” she says and laughs. “Innovation always comes with great opportunities. That’s super fascinating. But all these innovations that are supposed to make our lives more comfortable, like a fitness bracelet or a digital thermostat, that help to conserve energy, also come with complex data issues that need to be considered and addressed appropriately. We always need to ask: Is everything that innovation allows us to do also what we should do? What is ethical?”

We’re now in an age when constant surveillance is happening in front of our eyes, with a lot of us just not aware of it. Who scrutinizes, really, why we’re watching so many detergent ads on the web after we’ve just bought a washer in a store, paid for with a credit card?

“With all the data that’s collected, profiles are created, predictions are made. Very personal ones. All of that goes beyond what we’re used to from pre-digital government surveillance. Everything is directed. You almost have no choice at all anymore.”

All this makes Cathleen fight for what nowadays needs to be seen as a global resource: the internet. It’s important to discuss the need for personal autonomy.

The internet is our last realm of freedom.

“If there’s a lack of security in Africa, people from all over the world could be affected. The internet is programmed in a way that data will always travel by the fastest route. We may lose a lot of advantages – advantages that we take for granted so far – if data would be forced to stay within a certain space. It’s important to keep the internet open. To not restrict this space. To not let it be dominated by companies or states,” she says.

But we can still move the debate. Digital policies are not yet as fixed and pre-formed as more traditional security policy. We can still shape its direction. “That gives me hope. We are still able to defend the internet as our last realm of freedom.”

That isn’t always easy. There are times when Cathleen asks herself if it wouldn’t be more important to tackle issues like refugee aid, global warming, or education. Her home city of Berlin always reminds her that her work is just as important, however. Because this melting pot of cultures is like a miniature version of what the potential and aspirations for the internet are: fostering connections between societies, erasing boundaries, building something good. “Sometimes it feels like tilting at windmills. But I’m ultimately an idealist. I couldn’t do my job if I wasn’t. And after all, Don Quixote had success, too.” 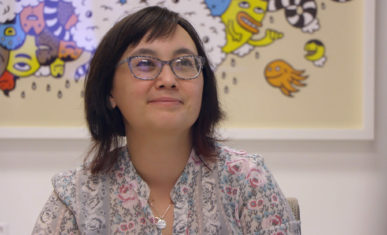 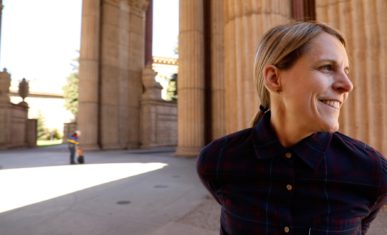 Barbara Bermes is all about focus 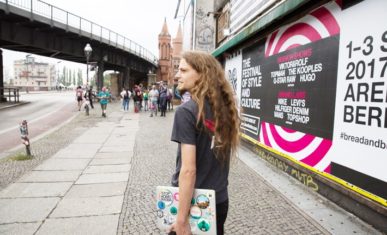 How Math can secretly improve the World…