Today, I’m joining Mozilla’s Board. What attracts me to Mozilla is its people, mission and values. I’ve long admired Mozilla’s noble mission to ensure the internet is free, open and accessible to all. That Mozilla has organized itself in a radically transparent, massively distributed and crucially equitable way is a living example of its values in action and a testament to the integrity with which Mozillians have pursued that mission. They walk the talk. Similarly, having had the privilege of knowing a number of the leaders at Mozilla, their sincerity, character and competence are self-evident. 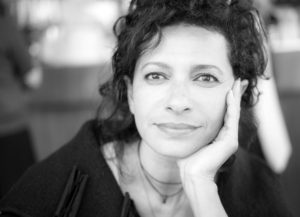 The internet is the most powerful force for good ever invented. It is the democratic air half our planet breathes. It has put power into the hands of people that didn’t have it. Ensuring the internet continues to serve our humanity, while reaching all of humanity is vital to preserving and advancing the internet as a public good.

The combination of these things are why helping Mozilla maximize its impact is an act with profound meaning and a privilege for me.

Mozilla’s mission is bold, daring and simple, but not easy. Preserving the web as a force for good and ensuring the balance of power between all stakeholders – private, commercial, national and government interests – while preserving the rights of individuals, by its nature, is a never ending challenge. It is a deep study in choice, consequence and unintended consequences over the short, medium and long term. Understanding the complex, nuanced and dynamic forces at work so that we can skillfully and collaboratively architect a digital organism that’s in service to the greater public good is by its very nature complicated.

And then there’s the challenge all organizations face in today’s innovate or die world – how to stay agile, innovative, and relevant, while riding the waves of disruption. Not for the faint of heart, but incredibly worthwhile and consequential to securing the future of the internet.

I prescribe to the philosophy of servant leadership. When it comes to Board service, my emphasis is on the service part. First and foremost, being in service to the mission and to Mozillians, who are doing the heavy lifting on the front lines. I find that a mindset of radical empathy and humility is critical to doing this effectively. The invisible work of deep listening and effort to understand what it’s like to walk a mile in their shoes. As is creating a climate of trust and psychic safety so that tough strategic issues can be discussed with candor and efficiency. Similarly, cultivating a creative tension so diverse thoughts and ideas have the headroom to emerge in a way that’s constructive and collaborative. My continual focus is to listen, learn and be of service in the areas where my contribution can have the greatest impact.

Mozilla is among the pioneers of Open Source Software. Open Source Software is the foundation of an open internet and a pervasive building block in 95% of all applications. The net effect is a shared public good that accelerates innovation. That will continue. Open source philosophy and methodology are also moving into other realms like hardware and medicine. This will also continue. We tend to overestimate the short term impact of technology and underestimate its long term effect. I believe we’ve only begun catalyzing the potential of open source.

Harnessing the democratizing power of the internet to enable a more just, abundant and free world is the long running purpose that has driven my work. The companies I helped start and lead, the products I have helped build all sought to democratize access to information, communication, collaboration and capital on a mass scale. None of that would have been possible without the internet. This is why I passionately believe that the world needs Mozilla to succeed and thrive in fulfilling its mission.