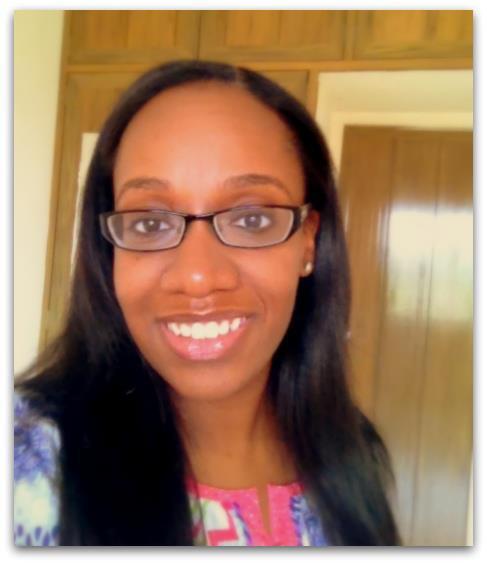 If you’ve ever texted an emoji of a heart and lungs, a blood drop, a sari, or an interracial couple, you have Melissa Thermidor—among others—to thank. As an employee of the U.K.’s National Health Service, her work on blood and organ donation led to an interest in creating more inclusive emoji—and eventually, also led her to Mozilla. Below, Melissa explains her work with the developer community and the nonprofit Emojination, reflects on her experience as part of the Afrozillians Slack community, and shares some of the challenges and opportunities of working to build a better internet for all.

My role is focused on developer relations. I manage the @MozHacks and @MozDevNet Twitter accounts, and I create content that reflects the interests of developers at all skill levels and encourages them to contribute to Mozilla’s open source projects and web docs. It’s all about engaging with the community. I help our team understand how we can support developers, and I help developers understand how valuable it is when they give back and support one another, especially when they’re based in remote parts of the world. Mozilla really believes that developers are our future. If we can support them in achieving their goals through access to open, standardized web technologies, we’ll impact the entire global community.

We know you do work outside of Mozilla, as well—tell us about that.

That’s right; I split my time between Mozilla and the National Health Service here in the U.K., where I’m part of a marketing team focused on blood and organ donation. I’ve been at the NHS for about seven years, and it’s actually part of what led me to Mozilla. A few years ago, I started looking into using emoji to encourage people from marginalized communities to donate—and the only image related to blood showed it squirting out of a syringe! Not exactly comforting to someone who might already be wary of the health service. I ended up learning a ton about how emoji are created, and eventually with the help and support of Emojination I submitted a proposal for the blood drop emoji you see today.

From there, I got involved in the Emojination nonprofit. I helped create more medical emoji—a stethoscope, an anatomical heart and lungs—and working with them also made me think more about inclusivity and representation. For example, my family is from the West Indies, and there weren’t many emoji that reflected the clothes our community wears or the foods we eat. The same is true for parts of India and Africa. And there were no interracial couples.

As I was working on those projects, I also started thinking more about the developers creating this technology in the first place—the more diverse that community is, the more we’ll see diversity reflected in emoji and everything else. So when I came across this role a couple of years ago, I was so excited. I already used Firefox, and I knew Mozilla was at the forefront of not only creating safe, open spaces, but challenging others in the industry to do the same. It just seemed like the right place to be.

How does Mozilla’s mission of a better internet for all inform your day-to-day work?

A lot of the work we do is aimed at helping people who are newer to their developer journey and just getting started with contributions—which I definitely empathize with, because I don’t have a technical background myself. It feels like a very authentic conversation, and it’s so nice to see people feel comfortable sharing the coding mistakes they’ve made, so we can find a fix together. There’s a wider team behind us, too; if I don’t have the answer to a question someone’s asked, I’ll reach out to our engineers for help. It very much feels like a community, or even a family.

I think the key is listening—if we want to make the internet accessible to more people, we have to make sure we understand what those people need. Our picture-in-picture function in Firefox is a good example; that came out of hearing from developers who constantly have all of these tabs open, or who want to code along with a tutorial they’re watching. Every year we do a needs assessment survey for DevNet developers. We ask what’s working well for them and what’s not, and then we try to focus our content around whatever we can do to help.

What’s challenging about your work?

With any diverse community, trying to make everyone happy can be tough. But part of our job is to communicate about the balance Mozilla is striking and the thinking behind those decisions—someone might be disappointed that we disable certain options, but we believe it’s important for privacy and security reasons. When we started blocking cookies by default, for example, we did get some pushback. But that change allows users to browse safely—and to do so easily, even if they don’t have a technical background. They don’t have to download a third-party blocker that might itself introduce privacy concerns; they don’t have to disable anything. Anyone can just download Firefox and they’re good to go.

One thing that we’ve found really useful is relying on people from outside Mozilla to help us communicate—the Marketing team develops loads of content explaining the importance of these issues, but the message doesn’t always have to come from us. With the cookie blocker, Matt Navarra contributed a great guest post on our blog, showing how many trackers he encountered in one day on the web. I think hearing from a trusted, respected voice like that can be quite powerful.

Tell us about your involvement with the “Afrozillians” Slack community for Black Mozillians.

Oh, it’s fantastic. The founder of the group invited me after I joined the team, and I thought it was so refreshing. Here in the U.K., companies often have a “BAME” group, which stands for Black, Asian, Minority, and Ethnic. And that’s fine, but I do think when you bundle everyone together you miss some opportunities to address what specific communities are dealing with.

We recently wrapped up Black History Month activities, and one thing I loved was that it wasn’t focused on racism or pain. So often, February ends and you’re mentally exhausted from all of the discussion of Black trauma. This felt much more safe and even fun—we did a webinar where we gave our colleagues a view into the conversations we usually have among ourselves, but we also did Zoom cooking sessions, and we curated some amazing playlists that we listened to during weekly team meetings.

Honestly, the feeling of community, especially from a D&I perspective, is a big part of why Mozilla is one of the best places I’ve ever worked. It’s one thing for a company to put up a black square on social media, but I think it’s still hard to find an organization that actually walks the walk, both internally and externally. Mozilla is committed. They live the mission.

What are you looking forward to right now, in terms of both Emojination and Mozilla?

On the Emojination side, it’s mostly clothing and food on my list right now. We’re hoping to add fufu, which is a type of dough eaten in parts of Africa, as well as plantains and dosas soon. On the Mozilla side, our Community function recently merged with Marketing, and it’s been great. We’re still working through our plans, but things already feel more collaborative—and we’re thinking about how to bring the developer community in on new aspects of what we do at Mozilla, like Pocket and VPN.

I’m also always thinking about accessibility and language. Can we create content in other languages, and how can we leverage our community to provide support and engagement around that? Can we create content that’s easy to digest and understand? The more we build a developer presence around the world that can nurture those relationships, the stronger we will be. Again, it’s all about community.

Interested in working with Melissa and the rest of the Mozilla team? Check out our open roles.