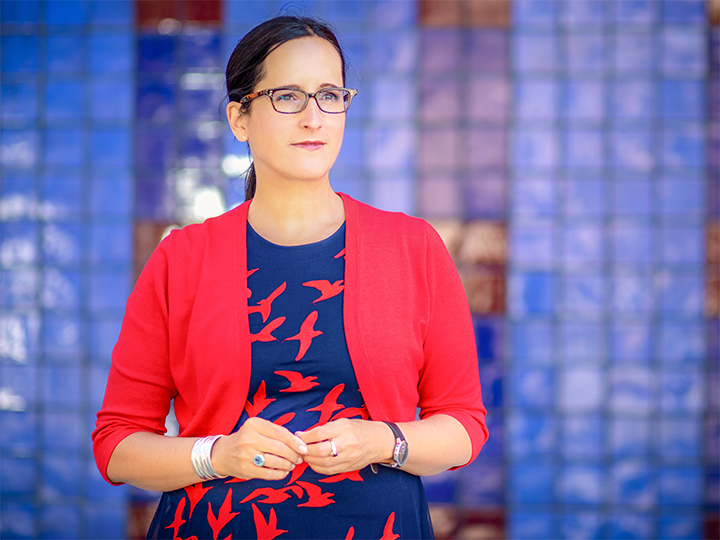 We are proud to share that Katharina Borchert, Mozilla’s Chief Open Innovation Officer, has been named one of the Most Creative People by Fast Company. The award recognizes her leadership on Common Voice and helping to collect and diversify open speech data to build and train voice-enabled applications. Katharina was recognized not just for a groundbreaking idea, but because her work is having a measurable impact in the world.

Among the 74 receiving this award are leaders such as Kade Crockford of the American Civil Liberties Union of Massachusetts, for work leading to banning face surveillance in Boston, and Stina Ehrensvärd, CEO of Yubikey, for the building of WebAuthn, a heightened set of security protocols, a collaboration with Google, Mozilla and Microsoft. The full list also includes vintner Krista Scruggs, dancer and choreographer Twyla Tharp, and Ryan Reynolds: “for delivering an honest message, even when it’s difficult”.

“‘This is a real honor,” said Katharina, “which also reflects the contributions of an incredible alliance of people at Mozilla and beyond. We have a way to go before the full promise of Common Voice is realized. But I’m incredibly inspired by the different communities globally building it together with Mozilla, because language is so important for our identities and for keeping cultural diversity alive in the digital age. Extending the reach of voice recognition to more languages can only open the doors to more innovation and make tech more inclusive.”

Common Voice is Mozilla’s global crowdsourcing initiative to build multilingual open voice datasets that help teach machines how real people speak. Since 2017, we’ve made unparalleled progress in terms of language representation. There’s no comparable initiative, nor any open dataset, that includes as many (also under-resourced) languages. This makes it the largest multilingual public domain voice dataset. In June this year we released an updated edition with more than 7,200 total hours of contributed voice data in 54 languages, including English, German, Spanish, and Mandarin Chinese (Traditional), but also, Welsh, Kabyle, and Kinyarwanda.

The growing Common Voice dataset is unique not only in its size and licence model, but also in its diversity. It is powered by a global community of voice contributors, who want to help build inclusive voice technologies in their own languages, and allow for local value creation.

This is the second award for Mozilla from Fast Company in as many years, and the second time Common Voice has been recognized, after it was honored as a finalist in the experimental category in the Innovation by Design Awards in 2018. To keep up with future developments in Common Voice, follow the project on our Discourse forum.

Virtual Tours of the Museum of the Fossilized Internet