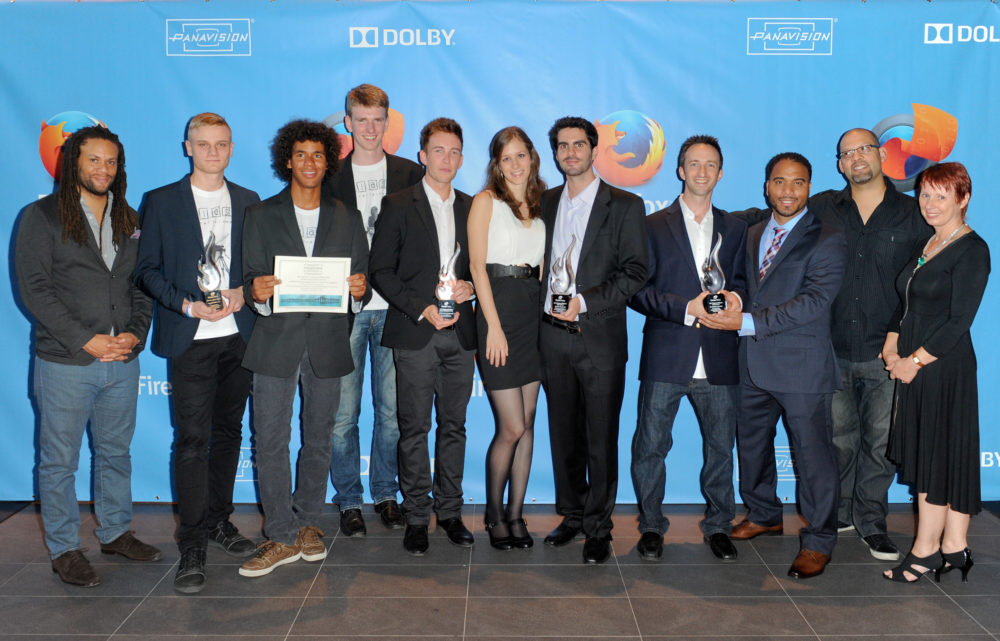 The Firefox Flicks Global Film Competition Winners are In!

After more than 400 entries, we are thrilled to announce the 2013 Firefox Flicks Competition Grand Prize, Regional, and People’s Choice Award Winners at the Toronto International Film Festival.  The chosen films are a mix of early entry winners and awesome new arrivals that truly capture the essence of “get mobilized” in humorous, creative and meaningful ways. The films show how the power of the Web on mobile phones to discover, manage, enjoy and share content that can change people’s lives.

Since kicking off the competition on February 13th, we’ve seen some incredible flicks and given out some awesome prizes! Each early entry winner received $1,000, the People’s Choice winners were each given an exclusive Flicks swag bag, the Regional Winners received $5,000, the Regional runners up received $2,500 and finally the Grand Prize: The winner (or winning team) will fly to Los Angeles to work with producers (and Flicks judges) Franklin Leonard and Couper Samuelson, and representatives from Panavision to professionally produce their winning entry. Timing allowing, the winning team will also get a one-day training session at the Dolby Institute in LA, as well as an invitation to a movie premiere and after-party at the Dolby Theater. To top it off, all flicks will be posted on Mozilla’s channels for millions to see!

To celebrate all of these remarkable winners, Mozilla held a ‘Flicks Premiere Party’ at the acclaimed Toronto International Film Festival where the six winning films were screened for the Flicks judges, past winners, film talent and industry insiders. Check out the winning Flicks below and join us in congratulating these amazing winners!

We want to give a HUGE thank you to everyone involved with this year’s competition. We couldn’t have done it without our amazing panel of judges, our sponsors and all of you who entered and voted for these flicks.

For a full list of winners and runners up, see below and please visit: firefoxflicks.mozilla.org/en-US/

Spot the difference from firefoxflicks on Vimeo.

Runner-Up: Be Part of It (United Kingdom)
Andrei Stan

Runner Up: Stand by You Always (Japan)
Kei Shimoda