It’s been an intense fifteen months.  I started at Mozilla in January 2014 as a “community catalyst” tasked with constructing the social scaffolding that would support the experimental Gigabit Community Fund project and fertilize the Kansas City environment so a Hive Learning Community could take root.  We funded nine Gigabit Fund pilot projects hosted in more than 24 educational spaces and created Hive KC with a locally created fund to support innovative projects, like Tech sHeroes that champion digital literacy and connected learning in K-12.

I could never have imagined Mozilla’s effect on Kansas City, or me for that matter.  I think the speed of Mozilla’s process, the rapid flow of expectations, deliverables and open practices all give way to a ripple that churns activity at a constant clip, pushes impact out with force, and illuminates a path forward allowing others to contribute.
In 2014, we opened two rounds of funding, reviewed over 40 gigabit-inspired concepts, funded 9 of them with $162,500 over two 12-week pilot periods, analyzed their impact and efficacy and reported our findings to the broader community, hosted a couple hack jams and more than 45 community events. In January of this year, we designed an entire Education track for the Gigabit City Summit featuring speakers like Richard Culatta, Tom Vander Ark, Krishna Vedati and Erin Mote, and it was standing room only. 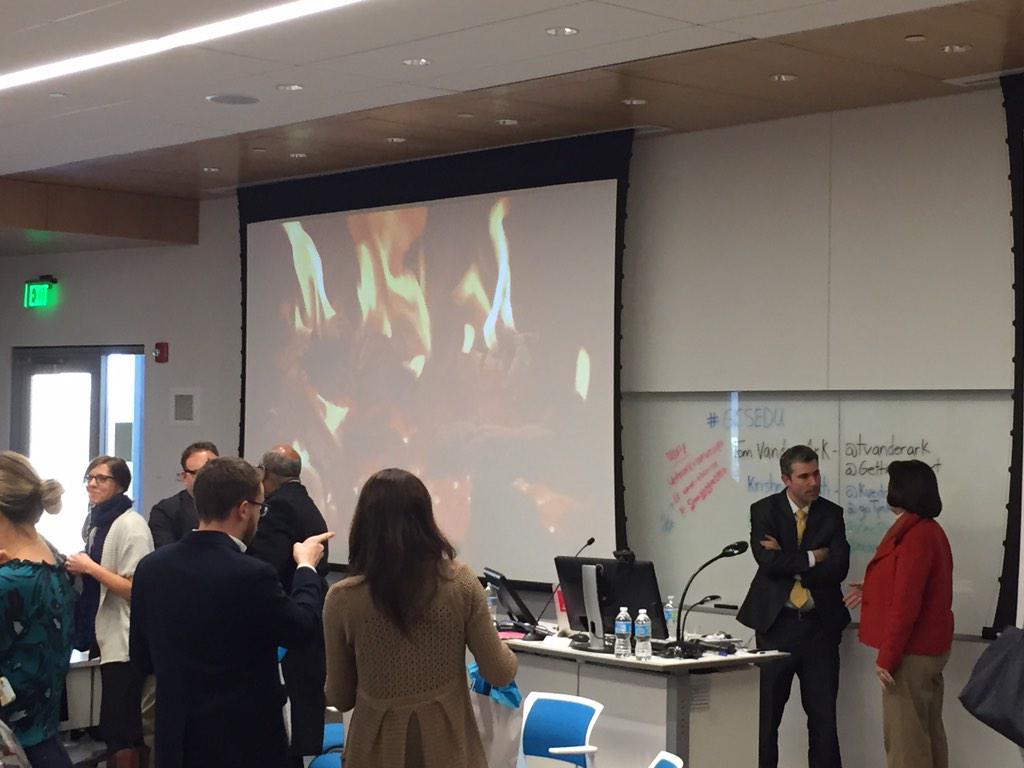 Throughout the entire project, we racked up some miles taking our talent (and projects) to some pretty amazing places.  We went to DC often – once to mingle with NSF’s Cyberlearning cohort, a few times to join a series of events that catapulted PlanIT Impact onto the smart applications stage, and most recently to the US Ignite Application Summit entitled Smart Future 2015.  We took our Kansas City Public Library’s virtual reality project team to London for the Global Hive Meetup at MozFest.  The Gigabots went on tour several times including the 2014 US Ignite Application Summit in Sunnyvale, complete with a main stage demo, then onto KC’s Maker Faire and New York City’s Summer Quest.

The Gigabots at Maker Faire KC

I call it the Mozilla Effect.  Mozilla is special – they are unique from their very origin story, but also from the unique way in which they operate around the globe.  They are global, yet hyper local.  They are a nonprofit, yet with a savviness and influence reserved for respected, tenured corporations.  The brand stands with such a knowing force – both of their purpose and of the impact within their army of followers that contribute to their cause. This righteousness creates a kind of culture that gives every Mozillian the permission to be completely impassioned, driven and unquestionably determined to see projects succeed.

Mozilla aims to label this construct and effect within their academy-style approach, called Mozilla Learning.  It makes such sense to me.  While we Mozillians are dispatching, distributing, engaging and teaching, we too, are learning.  It’s so elegant.
My fifteen-month Mozilla deployment has been a kind of boot camp – an invaluable and intense experience that put me at the most influential and important position in this movement to teach the web, and it rewarded me with such gratification and pride in what I was able to do and give back to Kansas City.  I have achieved a level of professional fitness that can now easily support the even bigger and more ambitious initiatives I plan to take on next.
I have Mozilla to thank for that.