(“This Week in Glean” is a series of blog posts that the Glean Team at Mozilla is using to try to communicate better about our work. They could be release notes, documentation, hopes, dreams, or whatever: so long as it is inspired by Glean.) All “This Week in Glean” blog posts are listed in the TWiG index (and on the Mozilla Data blog).

Lots of progress on the Glean Dictionary since I made the initial release announcement a couple of months ago. For those coming in late, the Glean Dictionary is intended to be a data dictionary for applications built using the Glean SDK and Glean.js. This currently includes Firefox for Android and Firefox iOS, as well as newer initiatives like Rally. Desktop Firefox will use Glean in the future, see Firefox on Glean (FoG).

We’re in production! You can now access the Glean Dictionary at dictionary.telemetry.mozilla.org. The old protosaur-based URL will redirect.

At the end of last year, Mozilla chose Looker as our internal business intelligence tool. Frank Bertsch, Daniel Thorn, Anthony Miyaguchi and others have been building out first class support for Glean applications inside this platform, and we’re starting to see these efforts bear fruit. Looker’s explores are far easier to use for basic data questions, opening up data based inquiry to a much larger cross section of Mozilla.

I recorded a quick example of this integration here:

Note that Looker access is restricted to Mozilla employees and NDA’d volunteers. Stay tuned for more public data to be indexed inside the Glean Dictionary in the future.

I did up the first cut of a GitHub-based system for adding annotations to metrics – acting as a knowledge base for things data scientists and others have discovered about Glean Telemetry in the field. This can be invaluable when doing new analysis. A good example of this is the annotation added for the opened as default browser metric for Firefox for iOS, which has several gotchas: 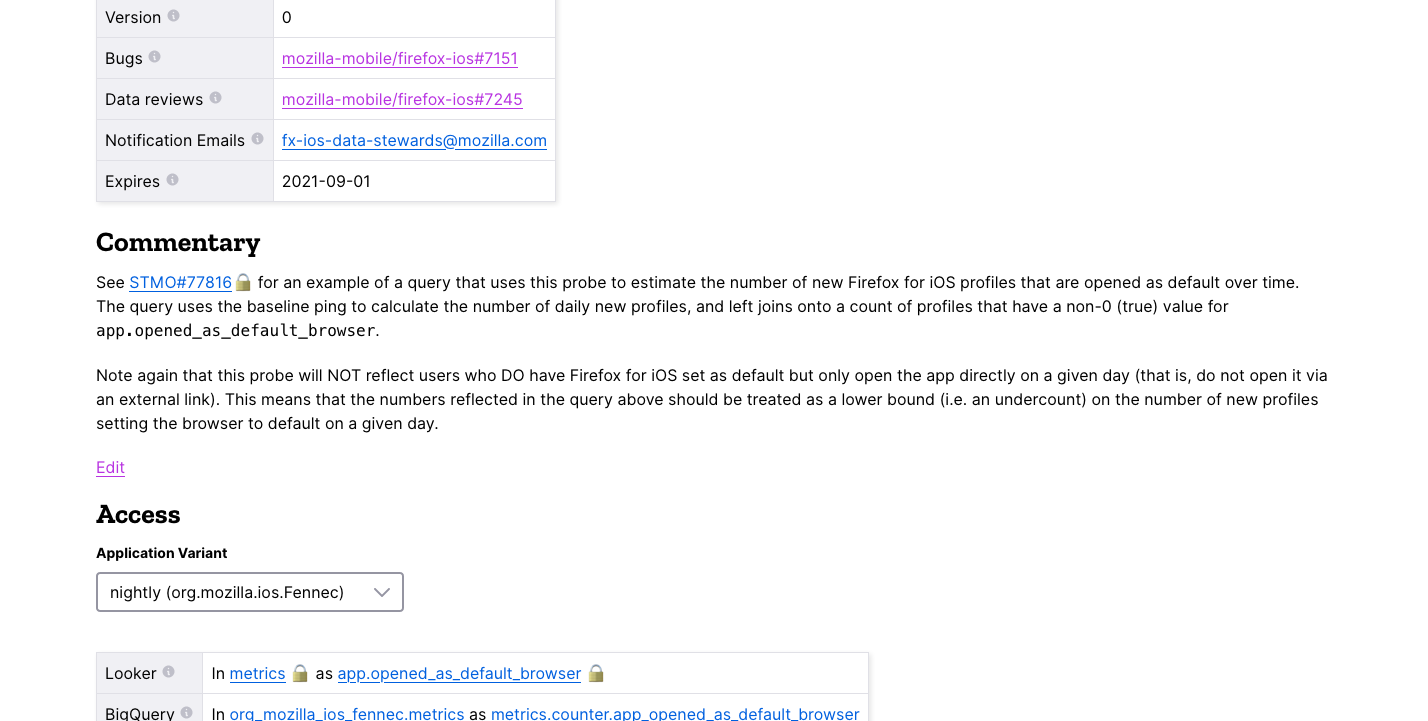 Many thanks to Krupa Raj and Leif Oines for producing the requirements which led up to this implementation, as well as their evangelism of this work more generally inside Mozilla. Last month, Leif and I did a presentation about this at Data Club, which has been syndicated onto YouTube:

Since then, we’ve had a very successful working session with some people Data Science and have started to fill out an initial set of annotations. You can see the progress in the glean-annotations repository.

Lots more miscellaneous improvements and fixes have gone into the Glean Dictionary in the last several months: see our releases for a full list. One thing that irrationally pleases me are the new labels Linh Nguyen added last week: colorful and lively, they make it easy to see when a Glean Metric is coming from a library: 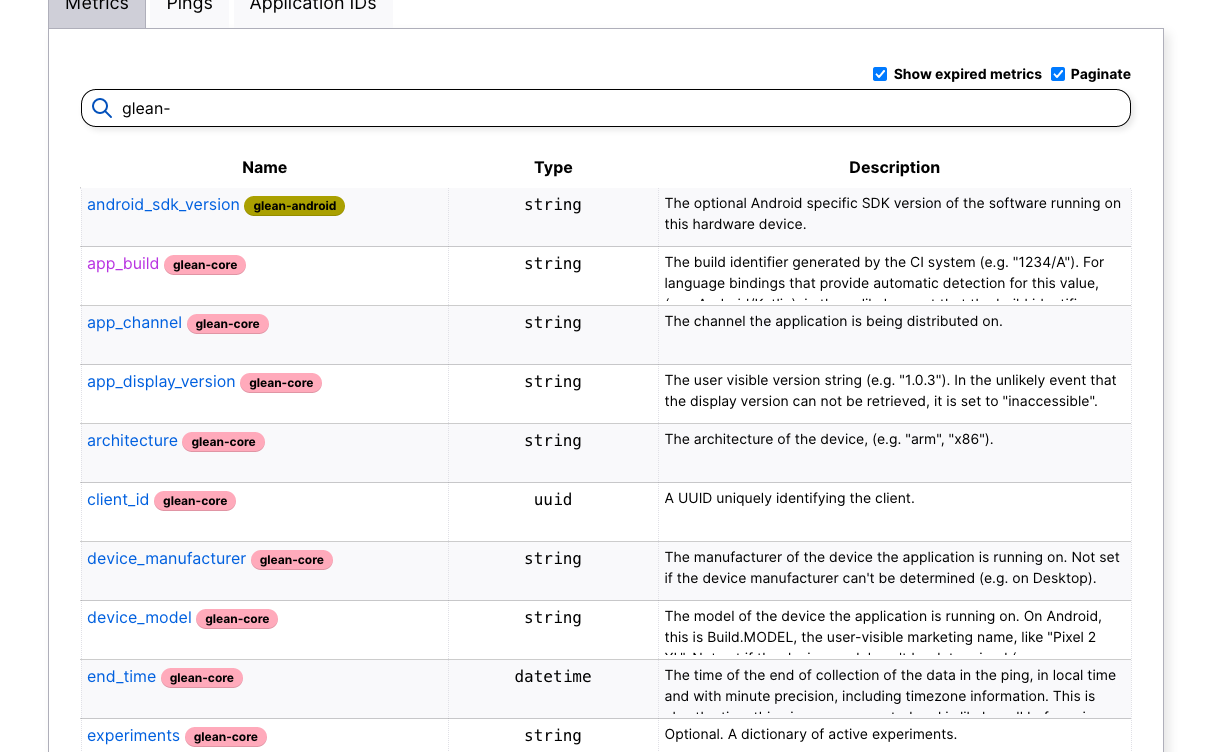 The Glean Dictionary is just getting started! In the next couple of weeks, we’re hoping to:

If you’re interested in getting involved, join us! The Glean Dictionary is developed in the open using cutting edge front-end technologies like Svelte. Our conviction is that being transparent about the data Mozilla collects helps us build trust with our users and the community. We’re a friendly group and hang out on the #glean-dictionary channel on Matrix.