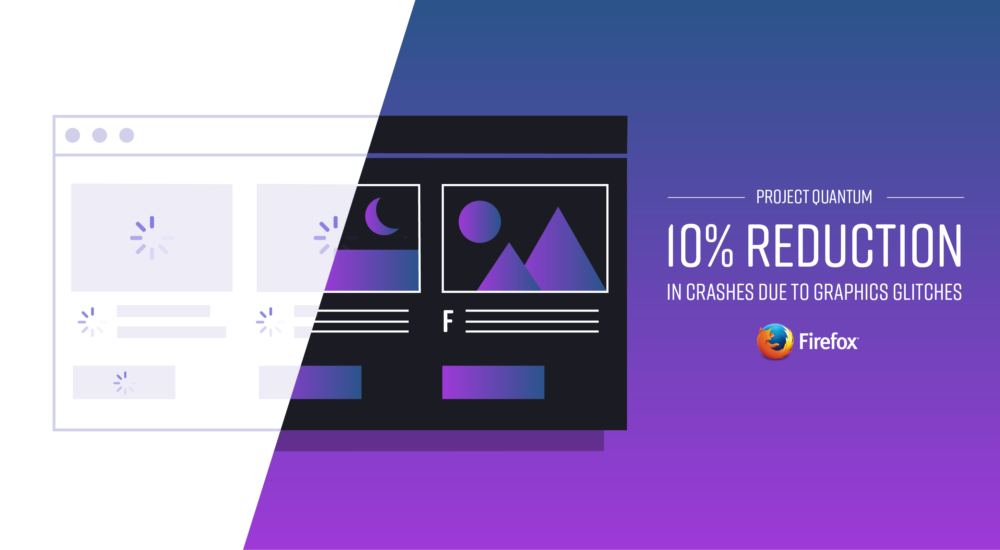 Firefox faster and more stable with the first big bytes of Project Quantum, simpler with compact themes and permissions redesign

Today’s release of Firefox includes the first significant piece of Project Quantum, as well as various visible and the under-the-hood improvements.

In case you missed our Project Quantum announcement, we’re building a next-generation browser engine that takes full advantage of modern hardware. Today we’re shipping one of the first important pieces of this effort – what we’ve referred to as the “Quantum Compositor”.

Some technical details – we’ve now extracted a core part of our browser engine (the graphics compositor) to run in a process separate from the main Firefox process. The compositor determines what you see on your screen by flattening into one image all the layers of graphics that the browser computes, kind of like how Photoshop combines layers. Because the Quantum Compositor runs on the GPU instead of the CPU, it’s super fast. And, because of occasional bugs in underlying device drivers, the graphics compositor can sometimes crash. By running the Quantum Compositor in a separate process, if it crashes, it won’t bring down all of Firefox, or even your current tab.

In testing, the Quantum Compositor reduced browser crashes by about 10%. You can learn more about our findings here. The Quantum Compositor will be enabled for about 70% of Firefox users – those on Windows 10, 8, and 7 with the Platform Update, on computers with graphics cards from Intel, NVidia, or AMD.

And if you’re wondering about the Mac – graphics compositing is already so stable on MacOS that a separate process for the compositor is not necessary.

It’s a browser’s job to get you where you want to go, and then get out of the way.

That’s why today’s release of Firefox for desktop ships with two new themes: Compact Light and Compact Dark. Compact Light shrinks the size of the browser’s user interface (the ‘chrome’) while maintaining Firefox’s default light color scheme. The Compact Dark theme inverts colors so it won’t strain your eyes, especially if you’re browsing in the dark. To turn on one of these themes, click the menu button and choose Add-ons. Then select the Appearance panel, and the theme you’d like to activate.

Firefox for Android also ships with a new setting for compact tabs. When you switch tabs, this new setting displays your tabs in two columns, instead of one, so it’s easier to switch tabs when you have several open. To activate compact tabs, go to Settings > General. 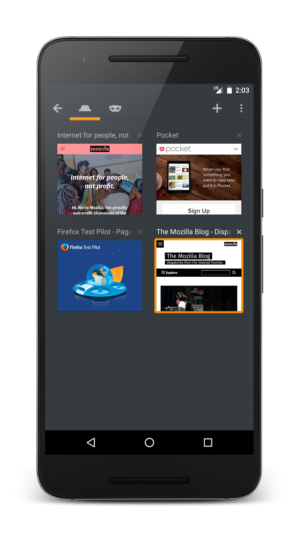 In order to fully function, many websites must first get your permission to access your hardware or alert you of information. For example, video conferencing apps need to use your camera and microphone, and maps request your location so you don’t have to type it in. Similarly, news sites and social networks often ask to send you notifications of breaking stories or messages.

Today’s Firefox desktop release introduces a redesigned interface for granting and subsequently managing a website’s permissions. Now, when you visit a website that wants to access sensitive hardware or send you a notification, you’ll be prompted with a dialog box that explicitly highlights the permissions that site is requesting. If later on you would like to change a site’s permissions, just click the ‘i’ icon in the Awesome Bar. 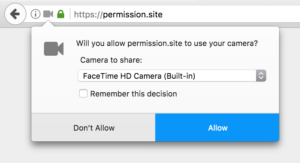 You can learn more about the improvements to Firefox’s permissions in this post.

Check out the Firefox 53 release notes for a full list of what’s new, but here are a few more noteworthy items:

Web developers should check out the Hacks blog for more information about what’s in today’s release.

We hope you enjoy today’s release, and that you’re excited for the even bigger Quantum leaps still ahead.

Easter Eggs Come From Foxes, Too

This April, Mozilla is Standing Up for Science