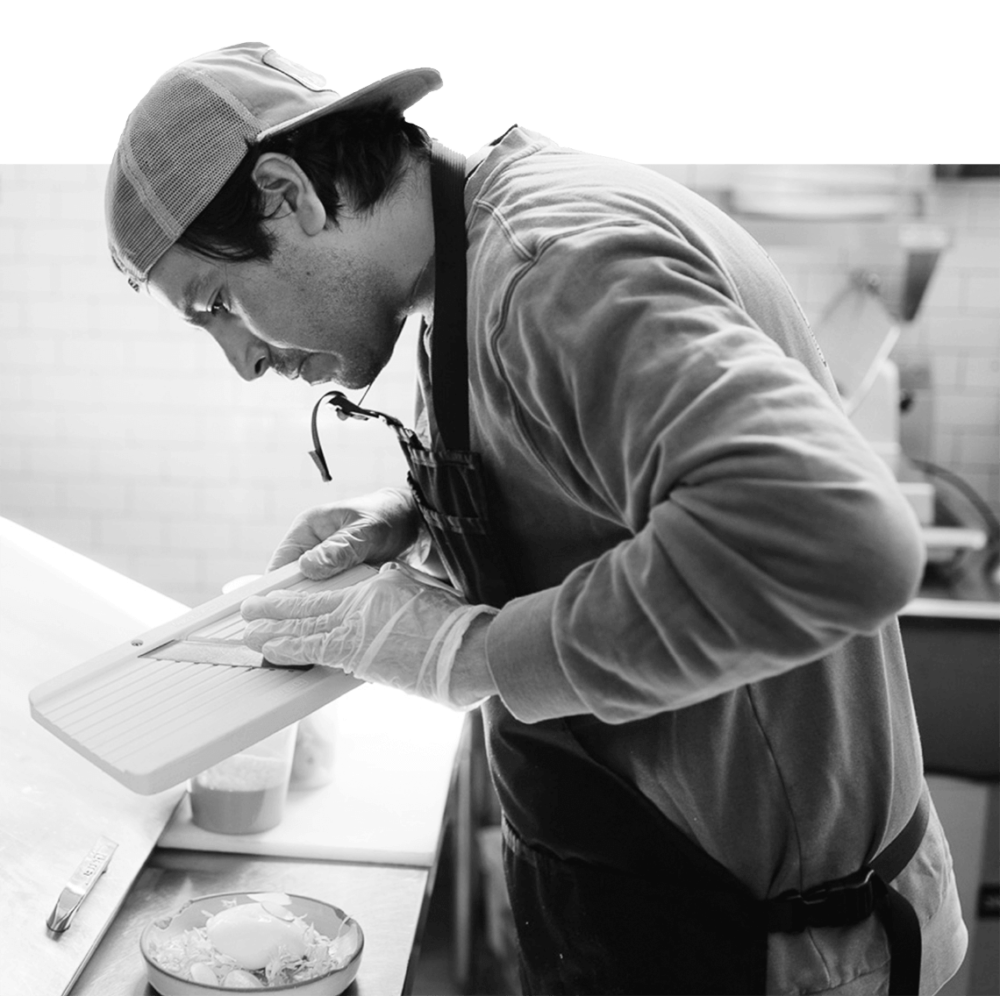 On the internet you are never alone, and because of that at Mozilla we know that we can’t work to build a better internet alone. We believe in and rely on our community — from our volunteers, to our staff, to our users, fans and friends. Meet Lalo Luevano, partner and co-founder of Bodega, a natural wine bar in the North Beach neighborhood of San Francisco.

Tell me a little about yourself.

I was born and raised in Santa Cruz, California. It’s a little surf town, very tight knit, very laid back. I think it rubbed off on me a lot because I’m a laid back sort of person. I’m from a Mexican background. My parents always loved having big barbecues and having lots of friends over. They were involved with fundraisers for my baseball team or my sister’s soccer teams. I always wanted to be part of the production side, getting involved in what we were serving and in the cooking. My dad also loves to cook. He’d be on the grill and I was very much into manning the grill any chance I got. Cooking has been a big part of my family upbringing.

What do you love about cooking?

It’s like my therapy, essentially. I definitely get into a meditative state when cooking. I can just kind of zero in and focus on something and that’s really important to me when I’m doing it.

How long have you been involved in the restaurant scene?

Right out of college, I went into engineering, working for a defense contractor for about six to eight years. I was living in Santa Clara and I found myself coming to San Francisco quite a bit to indulge in the live music scene, the food and the bars, but never really considered it as a profession or a lifestyle. It just seemed very daunting. Everybody hears the horror stories of restaurants and the failure rate.

By becoming friends with restaurateurs and owners of different places, I started getting the idea that maybe this is something I can do. I met somebody who was a trained chef who invited me to get involved in a pop-up so I could understand how a restaurant works behind the scenes. It was so successful the first time that we ended up doing it seasonally.

We walked away with a good chunk of change that we weren’t really looking for. The pop-up was just a way to do something fun and have a bunch of friends and feed strangers, and such, but we would still walk away with a good amount of cash, at which point, I think that’s what really gave me the confidence of like saying hey, we can actually open up a spot.

And that led you to Bodega?

Yeah, this space in North Beach in San Francisco just happened to fall on our laps. I caught wind from a friend that this woman was considering selling her business, so I went and checked it out with my business partner, and it was just an amazing location right next to Washington Square Park. We’ve been doing this now for six years, and I’m proud to say, I think we were probably one of the first natural wine bars in the city. We have a really nice curated list of wines and a menu that rotates frequently but it’s really fresh and it’s inventive. It’s a really fun and energetic atmosphere.

What do you enjoy most about being a restaurateur?

The creativity of it. Like creating the concept itself. I really enjoy how the menu coincides with the wine list and the music. I just love the entire production of it. I feel like I picked the right profession because it’s where I get to have a good time and explore the fun side of my personality. I really enjoy being a curator.

Throughout the pandemic, I was very inspired by — like I’m sure a lot of people were — what David Chang was doing. Here’s a guy who owns some of the best restaurants in the U.S. And he’s posting videos during complete lockdowns on how to keep your scallions going after you’ve used them down to the end. He was doing stuff in the microwave. Or showing how to reuse stuff. I was like this guy’s amazing!

I’m always looking for inspiration. It’s honestly a constant thing. I guess this goes back to my indie sort of roots. I’m a mixtape sort of person. I’m always trying to look a little bit further and deeper. For me it’s not usually on the surface. I really have to dig in to find a pop-up or a chef or something that somebody’s talking about that I have to go through multiple channels in order to find out more. But I enjoy that.

What’s your favorite fun stuff to do online?

I’m a business tech nerd. I’m very much in tune with what’s going on in the valley. That’s still very ingrained in me just being here. I want to know what’s happening and who the movers and shakers are at the moment, or what’s the latest unicorn. That’s always been very fascinating to me.

The restaurant and service industries were hit especially hard during the pandemic, and we’re still in bumpy times. How did things go for you?

We didn’t know what to expect early on, obviously I don’t think anybody did. At that point we thought it was just going to be a two month thing, and we were prepared for that. We started to realize that a lot of restaurants and places were allowed to do window service. But there was no joy in it. Honestly it was hard to find joy during those times.

The way we looked at it was that there are so many restaurants and so many concepts that we’ve been inspired by through the years or even places overseas that just do a window and they still bring a lot of joy. That inspired us to just open up the windows, play some music, have a good time with it. We started experimenting with some with some dishes that we were doing. We were doing everything from TV dinner nights with Salisbury steak and potatoes, Jamaican jerk night with chicken, burger night, taco Tuesdays and just being really just creative and fun with the dishes.

We’d have the music going and have safety in mind with the six foot tape and wear your mask. We could still be playing punk rock or hip hop and you know say hi to people and just have a great time with it. We would post everything the day before to be aligned. I don’t know if it would have been possible without the social media aspect.

I’ve always had mixed feelings about that. I like that Bodega is the little sexy wine bar on the corner that only so many people know about but we’re always super busy. I’ve always thought that it adds to the mysteriousness of it. I’d rather have people just come in the doors and experience it themselves. Maybe that’s part of the magic that we create.

If budget, time and location were not issues, where would you go for a meal and why?

St. John in London. I’ve never been, but I’ve followed them closely. It just looks like a place I want to go and spend hours just drinking wine and having a good conversation. It looks like they care very much about the details, and I can expect to have a really, really nice dish. 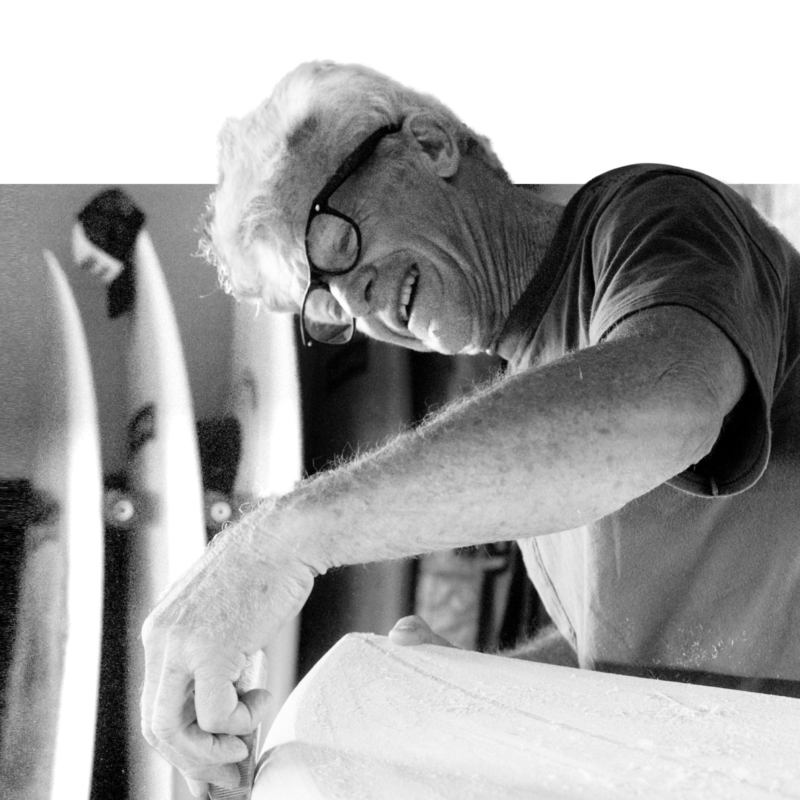