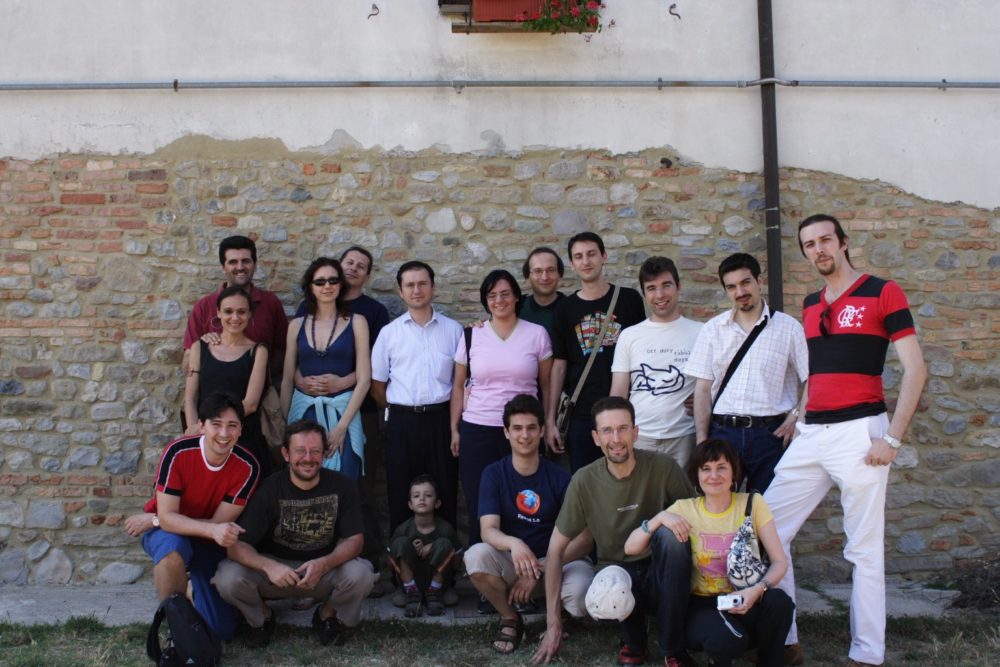 Ciao from Italy – An Introduction to Mozilla Italia

Editor’s Note: Giuliano and his team are doing such great work in Italy we thought a guest post was in order! Mary Colvig

My name is Giuliano Masseroni (aka jooliaan) and I’m currently the president of Mozilla Italia.
To tell you a little about myself, I’m a 44-year old Italian chemist working with the Italian R&D Lab of a Dutch international chemical company called Akzo Nobel researching and developing new paints and application systems for the restoration of historical buildings. You’re probably wondering how I got involved with Mozilla. As you can see I’m not an IT guy, I’m just a chemist who loves everything about computers and the Internet.

Four years ago while reading an article in an Italian monthly computer magazine, I found a copy of a new browser then called Firebird (today it’s Firefox!) and decided to give it a try. The browser was in English so I started to frequent MozillaZine Forums and one day asked why such a great browser couldn’t be available in Italian. To my surprise, it was!

That was a watershed moment in my life: I met the people who would get me involved with volunteering for Mozilla. We decided to band together to form a non-profit association dedicated to our volunteer work and called it Mozilla Italia.

The goal of Mozilla Italia is the localization or translation of all Mozilla Products and Projects in our language, giving support to them through our forums, evangelizing web standards and spreading Firefox and the other Mozilla software around Italy. We’ve worked hard to provide Italian users with translated add-ons, Italian-specific Live Bookmarks, updated versions of Firefox, as well as answer questions from Italian reporters and so much more!

The year 2007 has been wonderful for Mozilla Italia and me. In fact in April, we had our first “official appearance” as Mozilla Italia at a three-day event called “Fa’ la cosa giusta” (Do the right thing) in Milan, that had something like 30,000 visitors, in order to make Firefox and Thunderbird better known in our country (see this photo set). We also had a visit from Tristan Nitot, head of Mozilla Europe, that resulted in great media coverage.

To summarize, I can say that as an Italian Mozilla volunteer I really enjoy the opportunity to work in the international Mozilla environment. Sharing knowledge and suggestions allows me to be more and more open-minded and greatly improves my ability to build interpersonal relationships.

Please drop me a line at giuliano[dot]masseroni[at]mozillaitalia[dot]org if you’d like to learn more about Mozilla Italia or to join us!

Your Mission: Spread Firefox One Giant Sticker at a Time