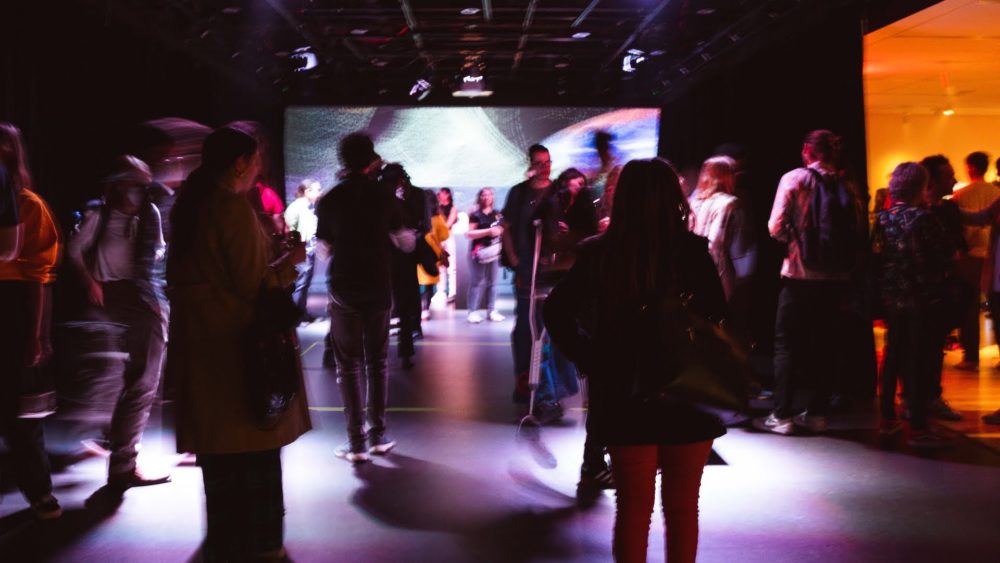 This month, Mozilla Hubs, a place where you can get together with friends online in a virtual-social space, partnered with conceptual artist Ashley Zelinskie on her New York exhibition, “Unfold the Universe: First Light.” The exhibition features her VR artwork “Unfolding the Universe: A NASA Webb VR Experience” in Mozilla Hubs. The exhibit runs through October 23rd (more details visit here), and for those who want to visit virtually, you can visit the VR portion of the exhibition here: https://unfoldtheuniverse.myhubs.net/.

Earlier this year, Mozilla Hubs was contacted by conceptual artist Ashley Zelinskie on a project with the NASA James Webb team. They wanted to make space exploration accessible to everyone. Mozilla Hubs seized this out-of-world opportunity as a chance to do real life testing with their subscription service before making it available next week.

On December 25, 2021, the James Webb telescope launched into space. Conceptual artist Ashley Zelinskie wanted to commemorate the launch in a way that was approachable and reachable to many people. She worked with Mozilla Hubs to create an immersive experience featuring an animated sculpture and interactive portraiture of the NASA James Webb team. She featured the Mozilla Hubs installation titled “Unfolding the Universe: A NASA Webb VR Experience” in her solo exhibition, “Unfolding the Universe: First Light.” It includes the telescope’s “First Images” data released this past July. The immersive experience could be seen through live projections on the gallery walls as part of the installation or directly through a web browser which is also available here. We caught up with Ashley Zelinskie to hear more about her experience working with Mozilla Hubs.

How did you learn about Mozilla Hubs?

I had been to a few events in Mozilla Hubs. During the pandemic friends were hosting art exhibitions in Hubs as a way to share their work while in lock down. Through a virtual residency I was doing with Agora Digital Arts I met Pierre-Francois Gerard of Metaxu Studio and began building my own VR experience.

Did you have any previous experience working in virtual spaces prior to Mozilla Hubs?

Not really. All my artwork starts out digital and then I have it fabricated. So I wasn’t a stranger to working digitally but I had never focused on that being the final outcome. It was interesting to see all the steps it takes to polish and produce a piece that is fully digital.

Did you face any challenges working with this new form of medium?

I had never made anything in VR when the Webb team approached me, and they wanted something accessible especially during the pandemic. Most of my work starts digitally where I’ll use 3D models. I don’t use shaders nor animation. I’ll use a grey model and then have it printed in 3D and finish it in the real world. I had never created it in this new environment. There were steps I hadn’t thought of as an artist. I worked with Pierre who helped me see that I don’t have to deal with reality, and I can make things fly and float. It was really eye-opening to see that I can make things spin and fly. I no longer had to worry about the real world issues I had previously with 3D printed items like it sagging under gravity when I design. Once I switched my mindset, I could create stars, planets, a black holes, and accretion disks. None of it could ever be produced in the real world. I was able to make the impossible and flip the design process on its head.

Did you have a technological background like a developer/coder? How was your experience in creating this art installation?

I have no background as a developer or coder. I found Hubs to be extremely approachable. I don’t think there is another VR service on the market that would be this accessible to people with no experience.

What made you decide to use Hubs for this specific project with NASA and the Onassis Foundation?

Hubs was an easy choice for this project. When I was brainstorming a way to do public outreach during a pandemic with Maggie of the Webb team we landed on VR. It seemed to be the most immersive and interesting way to get people involved and interested. However we didn’t want to cut people out that didn’t have fancy VR headsets or little experience in VR. Hubs was the democratic solution to all these logistics. If we were going to invite the world to experience the Webb Telescope we wanted everyone to be able to attend.

For the upcoming event, what specific art installations will be in Mozilla Hubs?

We will be exhibiting a few different works of art in Mozilla Hubs. The first one being the one we created to commemorate the launch of the James Webb Space Telescope called “Unfolding the Universe: A NASA Webb VR experience”. This piece includes interactive portraits of scientists and engineers on the Webb team, a custom musical soundscape, and digitally animated version of sculptures that will be shown in the ONX gallery. Since the first images were released we created two new works to reflect the new discoveries. One of the works depicts exoplanet spectroscopy data in the form of a rainbow aurora mountain landscape and the other is a totally new VR world inside the black hole at the center of the cartwheel galaxy. 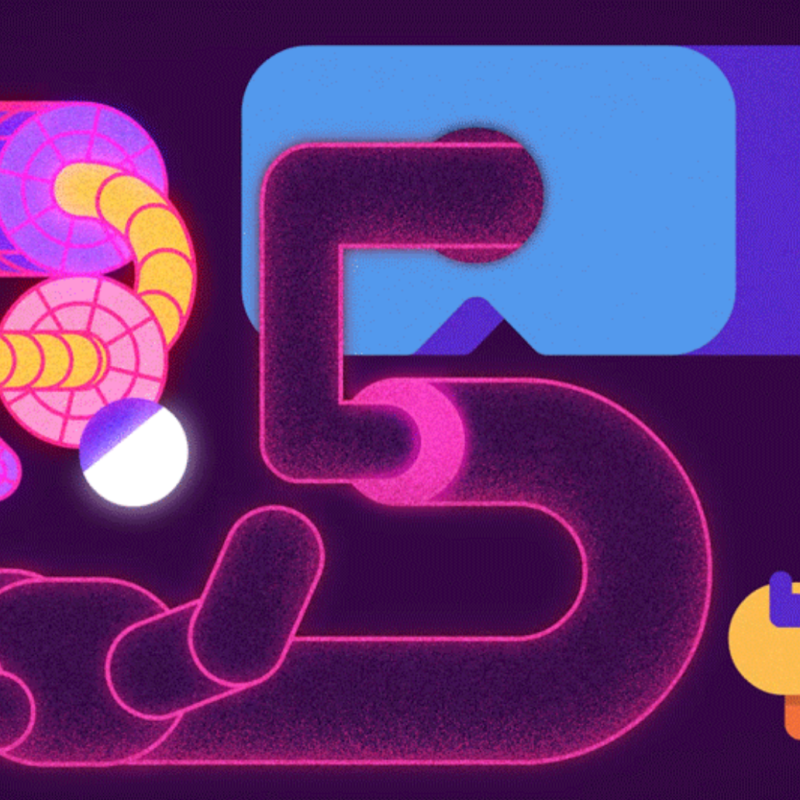