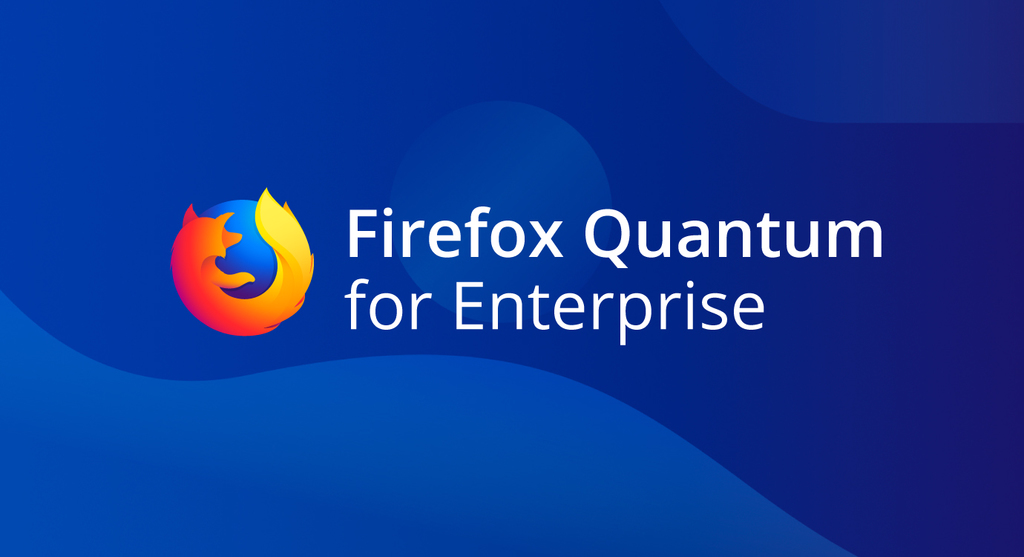 A few months ago we announced our plan to build enterprise administrative controls (i.e. a “policy engine”) for Firefox Quantum. These new administrative controls will allow IT professionals to easily deploy a pre-configured installation of the new Firefox to employees’ Windows, Mac, and Linux PCs. Administrators can, for example, set up a default proxy, disable certain features, or package Firefox Quantum along with a collection of Add-Ons or bookmarks.

As we gear up for the release of these administrative controls, we’d like to get feedback from IT professionals interested in deploying Firefox Quantum. Today we invite IT pros to sign up to try the beta of Firefox Quantum for Enterprise.

If you’re an IT professional, why should you provide your employees with Firefox Quantum?

Over the past decade, many businesses have adopted on-demand applications (SaaS) for seemingly everything: tasks like word processing, accounting, file sharing, marketing, and sales tracking. Rather than installing these applications on users’ computers, employees access these applications simply by loading them via a web browser.

This trend has made the web browser the most frequently used and arguably the most critical application that is installed on employees’ computers. The web browser has, in effect, quietly become the operating system for modern business software.

Speed up your business with Firefox Quantum

It’s often said that time is money, and in business this adage certainly rings true. With this in mind, consider the unique impact of your web browser. A browser that loads pages and switches tabs just seconds faster can save users more than fifteen minutes over the course of the day.

So why is it that some browsers are faster than others? And what’s special about Firefox Quantum?

While browsers might seem simple and similar to each other on the surface, they are remarkably different and complex under the hood. Much like cars, browsers have engines with unique performance characteristics.

Mozilla, the organization that makes Firefox, helped pioneer a whole new systems programming language – Rust – and coded major parts of the browser with it. For example, Firefox Quantum uses an algorithm written in Rust to match CSS to HTML. This breakthrough algorithm runs super fast, in parallel across multiple CPU cores, instead of in a sequence on one CPU core.

For Mac, Linux, and Windows, administrators can simply include a JSON configuration file inside of Firefox’s installation directory.

From an organization you can trust

Mozilla is unique among browser makers in that is motivated, not by profit, but by its mission to ensure that the Internet remain a global public resource, open and accessible to all. One of Mozilla’s core principles is that users’ privacy and security are fundamental.

Out of respect for privacy, Firefox does not track user activity to target advertising as other browsers do. To further protect privacy, administrators and users can turn on Tracking Protection, which disables many invisible scripts that follow users from site to site. Tracking Protection also makes browsing the web significantly faster – cutting page load times in half on many sites. To help ensure security, Firefox Quantum sandboxes web page content, creating a boundary that protects your computer’s files and hardware from malicious websites.

Unlike other browsers, Firefox has always been open source.

Thousands of organizations have deployed Firefox to their employees for years, but Firefox Quantum kicks the browser into a whole new gear. Numerous technology publications have written kind remarks about the new Firefox, but perhaps Wired put it best:

“Ciao, Chrome: Firefox Quantum is the browser built for 2017.” – Wired