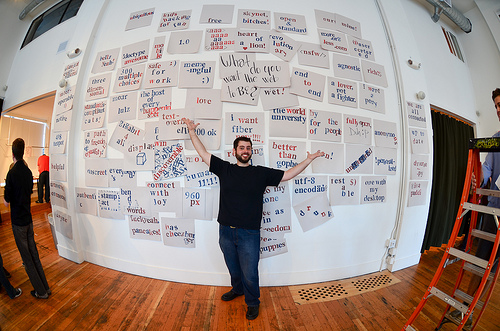 I’m the Engineering Manager for the Firefox Marketplace and Add-ons. I spend most of my day trying to remove roadblocks for developers and coordinating with other teams to make sure there is a steady stream of work. The spice must flow!

I’m a hobbyist photographer these days and have started experimenting with writing short (fiction) stories to go along with the pictures. Something that is still in its infancy for sure.

I took a C class in high school and thought it was fun, then I suffered through Java in college and started doing PHP work part time for the university. I flipped to python a few years ago and have enjoyed it although my coding these days is mostly minor tweaks to other peoples’ code.

Mike Morgan and I worked in the same place while I was in college. He was doing volunteer work with Mozilla and it looked like he was having a good time so I started volunteering too. At that time we were maintaining Add-ons which was a mix of hard-coded add-ons and smarty templates. It wasn’t pretty.

We used to maintain mozilla.com in SVN as a bunch of static files in a hierarchy. I may have gotten a little carried away with the flat files – we had about a dozen files we duplicated for every version of Firefox (at the time we had 4 levels, eg. version 2.0.0.1) and for every locale (about 60 locales). That, combined with the locale specific CSS and images added up to a ton of files on disk and SVN would soak up all the disk I/O trying to do an update or a commit.

Anyway, when we launched Firefox 3 we were aiming for the Guinness World Record and we put on a big show of it to get lots of downloads including having people talking live on Air Mozilla about how awesome the new browser was. Due to the high traffic everything was responding slower than usual, but we were in decent shape, except that I had to push one last thing to SVN and I did an `svn up` first and it was just sitting there thrashing and – SVN doesn’t have any output when it’s parsing through your directory tree – I just had to sit there and wait. It ended up taking about 20-30 minutes which wasn’t unusual (sadly enough), but not being able to give an estimate was rough. I remember watching Mike Beltzner talking about random things on Air Mozilla trying to fill time and he’d ask me on IRC for an update every couple minutes and I’d reply with “real soon now.” I felt bad for him.

So, I contributed to us being late to launch in a high-profile kind of way, but we still made the record and I was happy about that. 🙂

When the Marketplace team gets in its groove it blows productivity estimates out of the water. We work so well together I’m just proud of my whole team. The entire Firefox Marketplace was just an idea a year ago and look where we are now.

We’re going to be merging Get Personas into Add-ons. For real. We’ve been talking about it for, like, 2 years and every time it comes up it gets bumped for something higher priority but it’s finally close enough that we’re just going for it.

Q: If I typed “youtube” into your awesomebar would you be embarrassed at what showed up?

A: Nope! First hit: Macklemore’s Thrift Shop. Second hit: LMFAO’s Sexy and I know it. Third hit: I clicked it and it says it has been removed because it violated Youtube’s TOS. So, that one might have been embarrassing, I’m not sure.

The easy answer is wherever my friends are, but as I’m staring outside at the cold wind and the looming rain I’d say somewhere warm like some anonymous fishing town in Mexico.