Gather ’round, children. Your distant cousin mkelly is going to share a tale of excitement and mystery, of heroes and villains, of action and adventure.

That’s right, it’s the Beer and Tell Recap! You can also check out the wiki page or the recording. 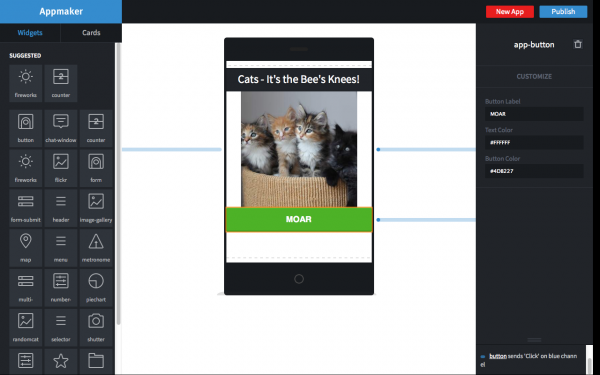 Simon Wex and Robert Richter from the Mozilla Foundation presented Appmaker, an experiment into whether we can make it fun for non-developers to quickly make working apps. Widgets send “mail” to other widgets, which triggers them to do stuff like display cat pictures or take a photo. You can track development of Appmaker on their Github repo.

My own Beer and Tell project is diecast, a grunt-init template for single-page frontend apps. diecast sets you up with Grunt commands for building and publishing your site to Github Pages, and includes require.js for JavaScript module loading and LESS for CSS preprocessing. It also uses Bower for downloading JavaScript libraries that you want to use. It’s a cornucopia of JavaScript buzzwords! 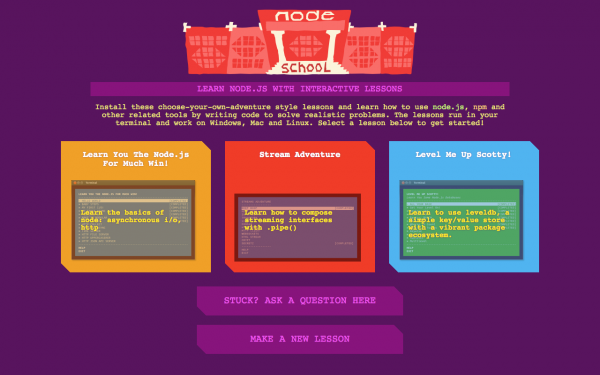 OpenCL in the Browser

Scott Michaud presented a super-secret project (no links, sorry) that demoed a software renderer powered by OpenCL code running in Firefox. Presumably he was using the WebCL prototype plugin released by Nokia Research recently. Check it out!

While he was absent and thus didn’t present, Will Khan-Greene still added a screenshot of SUMO localized to dubstep on the wiki. This was achieved by using a dubstep locale in dennis, a set of localization tools that can, among other things, help you test out how your site looks with excessively large strings that may come from certain languages.

Matt Basta told us about Crass, a CSS minifier that parses CSS instead of applying transformations, as most minifiers do. This allows it to perform optimizations that most other minifiers can’t, such as reordering properties and transforming values. Crass can also pretty-print the parsed CSS and is written in both Python and JavaScript.

Basta also shared Panopticon (app is down as of writing), which is sort of like Skype and IRC combined. You join a room, select a user in that room, and get to see an animated GIF captured from their webcam, live. There’s a Github repository as well, for those who are interested or confused.

James Long demoed an upcoming update to the documentation for Nunjucks, a jinja2-inspired templating system for JavaScript. Keep an eye out for the update, which includes a full overview of the template language and API! 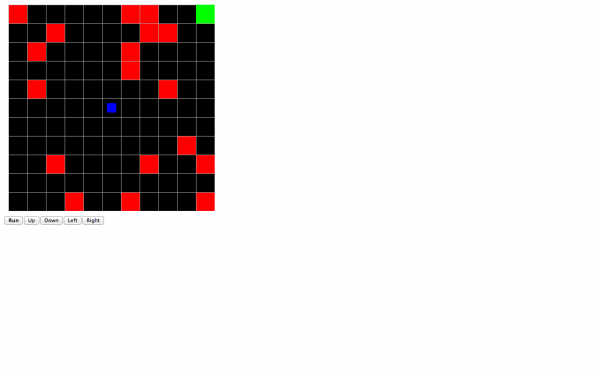 Finally, Michael Cooper presented a short game called BATCH, a programming game written in JavaScript. The main purpose of the game was to see if he could write a Beer and Tell project starting at Noon on the day of the event. I highly recommend that other people try this as well, if for nothing else than to stuff the Beer and Tell project list for next month.

Michael Kelly is a developer on the Web Engineering team at Mozilla. He works on tools that help engineers get things done. He also helps run a lot of the Webdev group activities!