With Firefox 43 we’ve enabled add-on signing, which requires add-ons installed in Firefox to be signed. If you are running the Nightly or Dev Edition of Firefox, you can disable this globally by accessing about:config and changing the xpinstall.signatures.required value to false. In Firefox 43 and 44 you can do this on the Release and Beta versions, respectively.

In the future, however, disabling signing enforcement won’t be an option for the Beta and Release versions as Firefox will remove this option. We’ve released a signing API and the jpm sign command which will allow developers to get a signed add-on to test on stable releases of Firefox, but there is another solution in Firefox 45 aimed at add-on developers, which gives you the ability to run an unsigned, restartless add-on temporarily.

To enable this, visit a new page in Firefox, about:debugging: 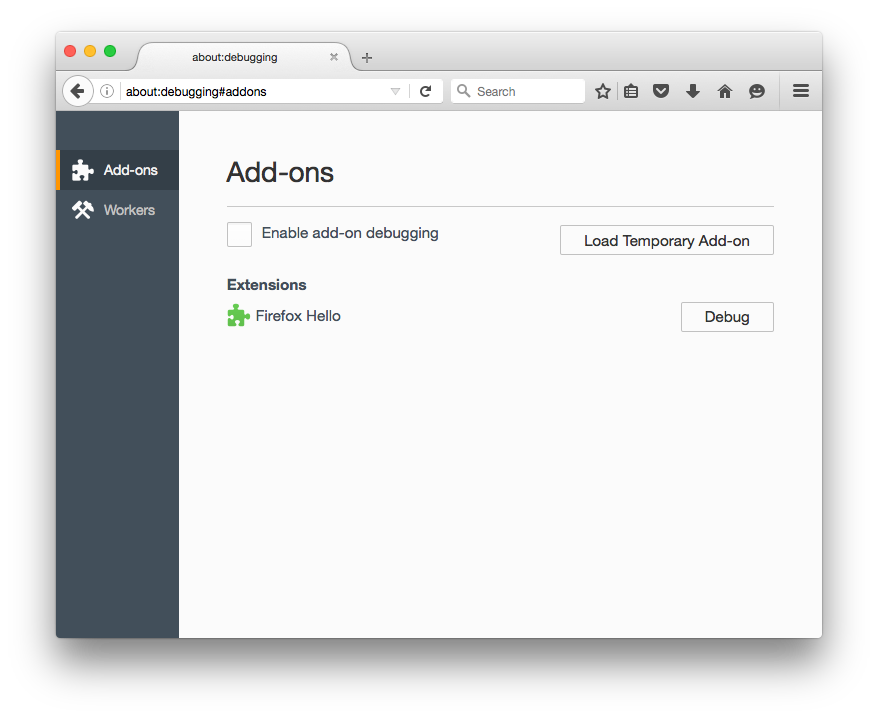 In my case I’ve got a new version of an add-on I’m developing; a new WebExtension called “Sort Tabs by URL”. To load this unsigned version temporarily, click on the “Load Temporary Add-on” and select the .xpi file for the add-on. This will load an unsigned add-on temporarily, for the duration of the current browser session. You can see this in about:debugging and also by the green button in the toolbar that the add-on creates: 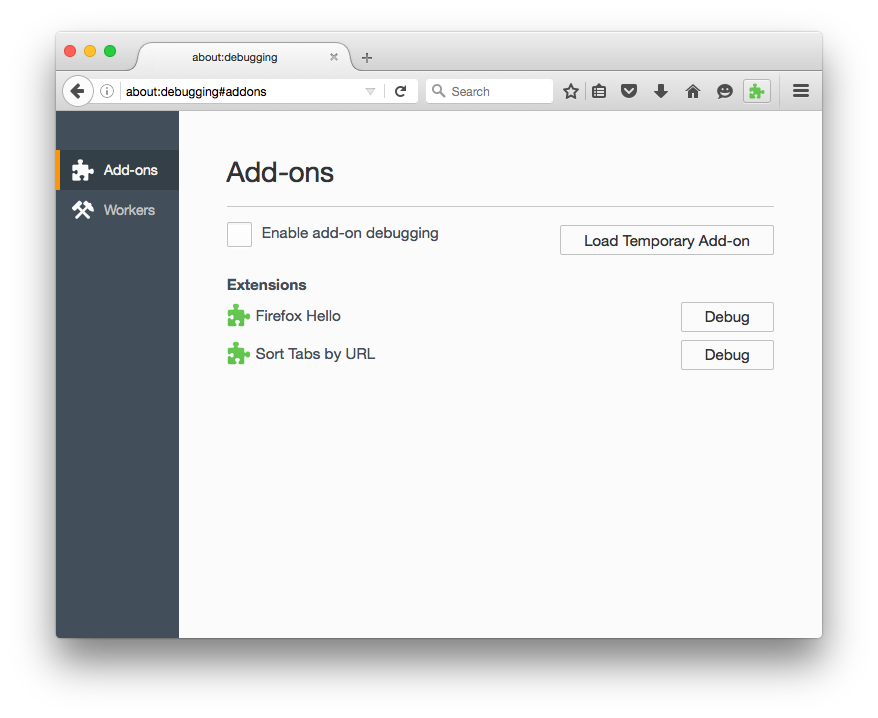 The add-on is only loaded temporarily; once you restart your browser, the add-on will no longer be loaded, and you’ll have to re-load it from the add-ons manager.

If you don’t want to go to the effort of making an .xpi of your add-on while developing – you can just select a file from within the add-on, and it will be loaded temporarily without having to make a zip file.

One last note, if you have an add-on installed and then install the an add-on temporarily with the same id then the older add-on is disabled and the new temporary add-on is used.