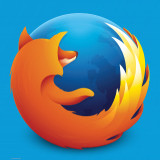 A multi-process architecture is finally coming to Firefox. Known by its codename, “Electrolysis” or “e10s,” this project aims to split the Firefox browser into a single process for the UI, and several processes for web content, media playback, plugins, etc.

Electrolysis represents a long overdue modernization of Firefox’s codebase: Internet Explorer has been multi-process since IE 8 Beta 1 in early 2008, Chrome followed six months later, and even Safari went multi-process in the summer of 2011. Put another way, Firefox has been the only major browser using a single process architecture for the past five years.

Though the result should be visually indistinguishable from a single-process Firefox, the multi-process model offers many compelling advantages in responsiveness, stability, performance, and security:

A common concern is that switching to a multi-processes architecture will dramatically increase Firefox’s memory usage. This is not the case. While multiple processes will have a greater memory footprint than a single process, the impact should be limited: we’re currently seeing multi-process Firefox use 10-20% more memory, however, it still uses half the memory of Chrome with the same sites loaded.

To ensure we don’t consume too much RAM, the first release of e10s will only use a single additional process for web content. We’ll add more processes in subsequent releases, as we become more memory efficient.

The move to multi-process is an investment in the future: we’re paying down technical debt and redesigning Firefox’s architecture at a fundamental level. Like any change of this magnitude, there are associated challenges:

1. Cross-Process Communication. Before e10s, add-ons were accustomed to having direct access to both the browser context and web page content. With e10s, those two contexts are now two separate processes which must communicate through asynchronous message passing.

Many, but not all, add-ons will require modification to work efficiently with this new design. Add-ons that do not access web content, only use high-level SDK APIs, or are written with the new WebExtension APIs will not need modification.

2. Performance. To help with compatibility during the transition to multi-process, we’ve implemented several temporary shims that allow backwards-compatible, synchronous communication between the browser and web content. This lets add-ons work as if Firefox was still single-process, but with potentially worse performance than before, since these shims must completely block multiple processes and incur overhead for inter-process communication.

The shims are available to add-ons by default, but authors should always prefer asynchronous message passing, high-level SDK APIs, or WebExtensions instead of shims.

Multi-process has been enabled by default in Firefox Developer Edition since version 42, released last August. If you’re an add-on developer or Firefox enthusiast, we highly recommend you try it out and report any bugs you encounter, either in Bugzilla or in the comments below. The Mozilla Developer Network also hosts extensive documentation on multi-process Firefox, including migration guides for add-on authors. Check it out, and let us know what you think!