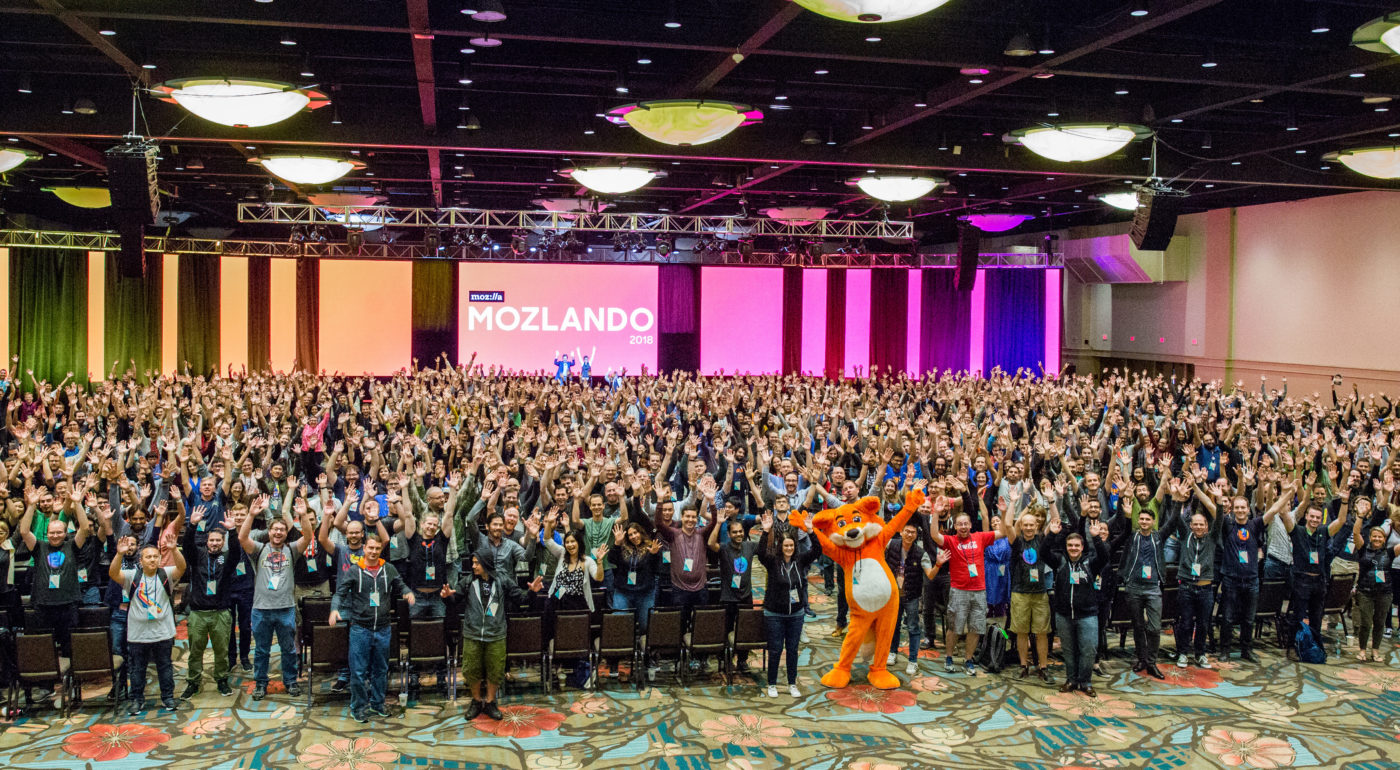 Last year at Mozilla Corporation we shared publicly for the first time how our workforce diversity numbers measured up to our ideals and to represent the people we serve. Today, we are sharing an update below on our continued work in this area. Overall, we made solid progress in 2018 — more than most in the open source sector — but we still have a lot more work to do. We are still lagging behind where we want and need to be.

The Mozilla Corporation is a wholly owned subsidiary of the non-profit Mozilla Foundation. With just over 1,050 employees globally, our focus is on building products and services (like Firefox, Firefox Monitor and Pocket) and exploring new technologies to give people more control over their online lives and help shape the future of the internet for the public good.

We are committed to sharing our diversity and inclusion results every year to hold ourselves accountable to creating an inspiring workplace where no one feels like an only.

Last year for the first time, Mozilla’s senior leadership set diversity accountability goals for the organization. We focused on two areas to start: the number of women in technical roles globally and representation of underrepresented minorities in the United States.

Mozilla Corporation Racial and Ethnic Diversity (US Only)

46% of employees work remotely (up from 39%) from home offices and coworking spaces, rather than from one of our 10 global offices. 39% of our employees are based outside the United States in one of 14 other countries (down from 43%).

We aim to create a working environment where everyone can thrive and do their best work. In our 2018 employee engagement survey we focused on two key questions: “I would feel safe reporting harassment, bullying, or other inappropriate behavior if I felt the need,” and “Employees with a diversity of backgrounds, culture and experiences can be leaders at Mozilla.” The goal was to increase the affirmative scores above 80% on these questions and to narrow the gap between women’s and men’s experiences. While the overall scores increased, so too did the gaps between women’s and men’s experiences.

We know it is not enough to increase the representation of underrepresented groups at Mozilla. We also need to make sure that we have a work culture that accepts and values difference and a workplace where people can be their whole selves. That requires a variety of initiatives that support people in the multiple ways that make them who they are.

In 2018, to make Mozilla more inclusive internally, we:

To support diversity and inclusion more broadly in our industry, we:

All diversity data are self-reported and come from Mozilla Corporation’s Human Resources Information System (HRIS) for regular employees as of December 31, 2018. Progress over 12 months is compared against December 31, 2017. Leadership representation is comprised of Vice Presidents and above, excluding executive-ranked technical fellows (which is 1 individual in 2018, a methodology change from 2017). Managers are any employees who manage others. Technical workers are defined using the AnitaB.org definitions. Currently less than 1% of Mozilla employees select “other gender identities.” We recognize that gender identities exist on a spectrum. At this time we do not track race and ethnicity outside of the US to comply with global laws.  All race data are for US employees only, and categories are driven by US government requirements for disclosure. Employees who decline to provide demographic data are not included in the metrics provided. Mozilla Corporation has shared our EEO-1 form for US gender and race/ethnicity for three years as part of our State of Mozilla report; the 2018 form will be uploaded in April 2019.