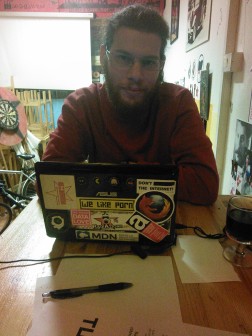 Federico klez Culloca made his first few edits to MDN in 2013, but started contributing in earnest in 2014, as a localizer for Mozilla Italia. After a couple of months, he started attending the bi-weekly MDN Community meeting, and later the Learning Area meetings. After that, he concentrated his efforts on the Learning Area of MDN, especially the Glossary.

He says that working on MDN gives him a good idea of how an organization as big as Mozilla actually works, bringing together paid staff and volunteers.

His advice for MDN newcomers?

Don’t be afraid to make mistakes in good faith. Someone is always able and willing to correct them and help you learn from your errors. It’s a wiki, after all 🙂

Thanks, klez, for all your contributions to MDN!