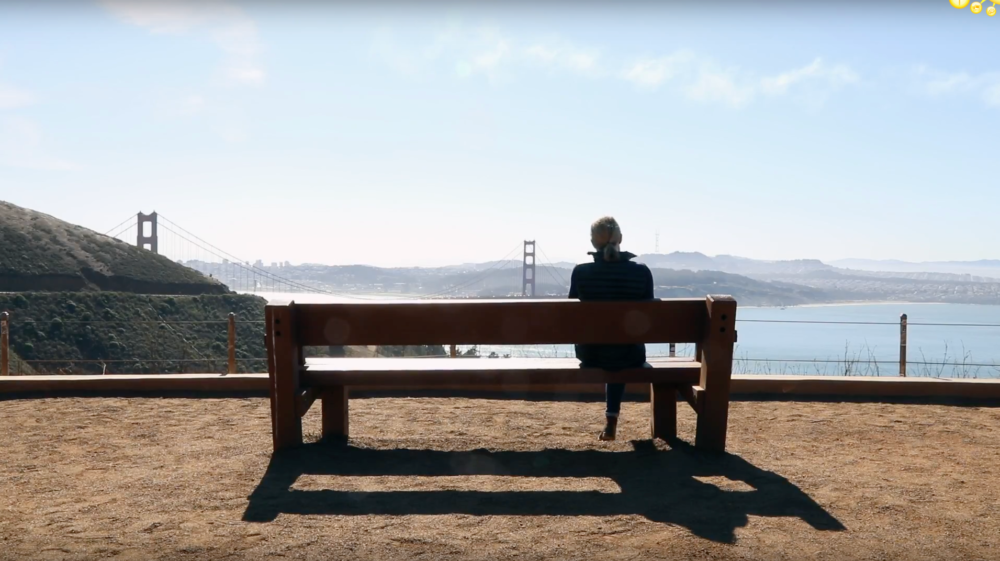 Barbara Bermes is all about focus

In mid 2016, a year into her job leading product development for Firefox mobile browsers, Barbara Bermes and the Firefox mobile team were issued a throw down. What could be added to the Firefox mobile product line that would produce a high impact? Oh, and have it ready for customers by the end of the year. Conventional wisdom would suggest a big splash with fancy features to attract users. The answer, it turned out, was much simpler.

“People clearly told us that they wanted an ad blocker on Firefox in iOS,” Bermes said. “Back then it was technically very difficult to achieve in a short time frame, so we thought, why don’t we leverage what we already have and instead take our implementation of content blocking and put a browser around it.” 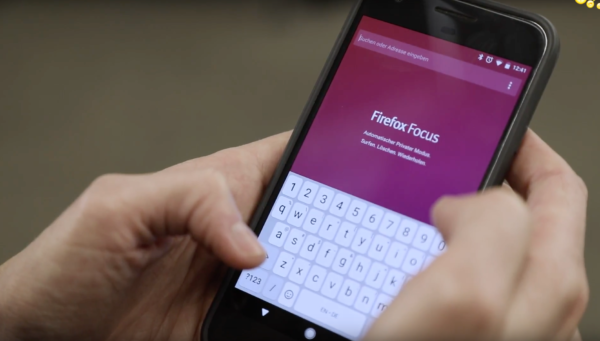 With that decision, Firefox Focus and Klar, for the German-speaking market, the free, open source, slimmed down browser that provides instant, automatic privacy protections with always-on tracking protection were born. Both products are much simpler and smaller than the full Firefox mobile browsers and were quicker to develop, showing up in app stores in under eight weeks.

Bermes is especially proud that with Focus and Klar, the team was able to give users privacy by default.

“We delivered what users asked for in a different simpler product,” she said. “And as you can see from the reviews that’s exactly where we found a market fit.”

After nearly a year in the market, the team is defining precisely what Focus is and what it is not. User feedback is telling them that people want tabs, history and bookmarks, all the features of a full-fledged browser. Bermes says her group has been listening and investigating carefully to the requests as they weigh developing great features against replicating browsers that are already on the market.

“In the September update, we tackled one of the most requested features that people really wanted, which was multiple tabs,” Bermes said. “Our team dissected the underlying problem that users were facing. They wanted the ability to switch between websites during their browsing journey. Focus now lets users open multiple tabs and visit multiple sites during a single session, and then they can clear the entire session once they’re done browsing.”

BERMES GREW UP IN THE SMALL TOWN OF METTLACH, GERMANY, which is situated near the Saarschleife, a beautiful spot where the serene Saar River meanders through town before making a surprising hairpin turn. Visitors peer out from the river’s overlook to the scene below, perhaps pondering what U-turns lie ahead in their own lives. When Bermes was 13 years old, her life also took radical turn when her mother suddenly passed away. It was around this time that Bermes’ uncle gave the family their first computer.

“I think my uncle was trying to offer a distraction at a difficult time,” she said. “And to some extent, it worked. The moment I got this computer, I was hooked.”

Like many small town German family homes at the time, the Bermes household had no internet access, but that didn’t stop young Barbara from powering up and experimenting with designing and creating presentations and later websites. She always had an affinity for math and physics, but the computer offered a new creative outlet full of technical puzzles. It set her on the path to learning how to code and later studying computer science at university.

Charting a course to Canada

Growing up close to the border of France, French was her second language with English trailing behind. By her late teens, Bermes realized that her English was so poor that she was having difficulty in university computer science classes, unable to adequately follow the textbooks and lectures that were all in English. She knew that if her English wasn’t clear and confident, her career growth would be limited. Determined to overcome this barrier, she challenged herself by moving to Toronto, Canada for a college internship.

“According to my Canadian roommates, the first couple of sentences that I spoke were really slow, weird and basically incomprehensible,” she laughed.

The six-month Canadian internship extended to 18 months, enough time to finish writing her thesis and find her first job working with websites. After a few entry level roles, Bermes’ career started ramping up when she landed a plum position at the Canadian Broadcasting Corporation building complex mobile websites and apps for millions of Canadians.

”I was very interested in web development and web performance,” she said. “I’m fascinated by how a browser renders websites, and how to build sites in a way that allows quicker load times. Speed is so important, especially on mobile. I was fortunate to be asked to put all my learnings over the years into a book about web performance.”

With eight years of Canadian life and a book under her belt, English was no longer a hindrance. Bermes traveled extensively, speaking at international conferences and solidifying her reputation as a hard-working, reliable professional. Mozilla, though, had long been at the back of her mind as a place she would like to work. As an organization dedicated to doing good for the web, Mozilla aligned with her personal values and professional interests. 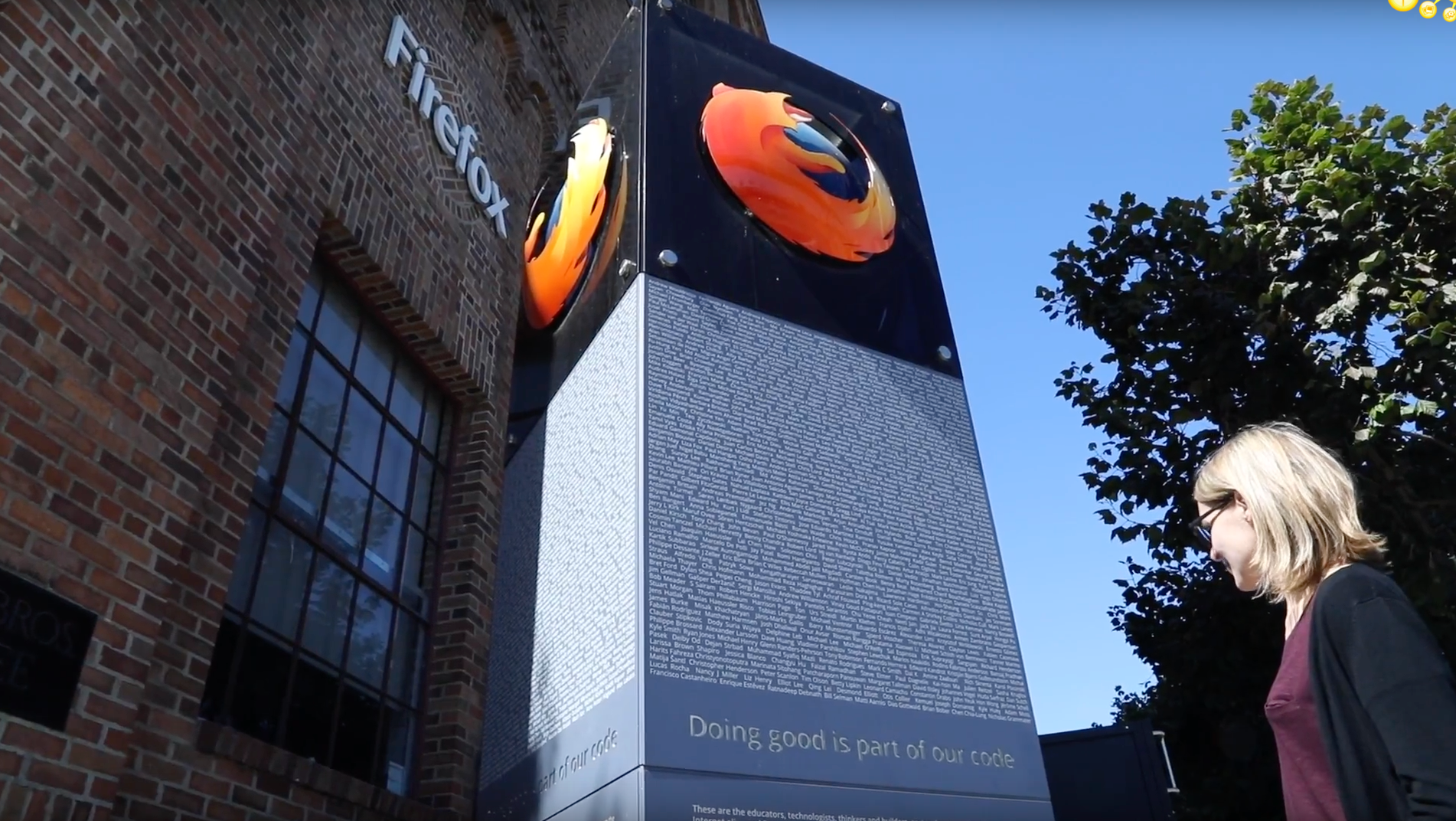 “One night I saw a posting for a product manager of mobile at Mozilla, and I thought, ‘Of course that’s my job!’ Working on mobile browsers is the perfect thing for me to do since I’ve been developing for mobile browsers all along. I have my dream job.”

Contributing to Mozilla’s mission and helping the organization forge a stronger position in the mobile market motivates Bermes daily. She embraces the work of giving people what they want — a choice to browse the web the way they want and more control over their digital lives. As a German, she has especially appreciated the reception Firefox Klar received in her home country.

“Germany is an extremely important market for us, possibly the most important because we’re addressing all of the issues that Germans see as important in the world and the internet,” she said. 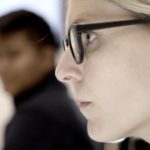 Understanding user needs and behaviors is critical to good product development. In early 2017, shortly after the Focus/Klar launch, the mobile team ran into a small media storm when a news outlet incorrectly reported that Focus/Klar was tracking users’ browsing activity.. In reality, the app was deploying Mozilla’s telemetry function, an anonymous system that measures user experience with different features. Telemetry helps Mozilla’s software developers see what’s working well (and not) for users and, ultimately, improve the products. The telemetry data was being collected on Mozilla’s behalf by Adjust, a trusted partner that maintains strong privacy protections for users and complies with strict German privacy laws.

After the story picked up steam, downloads of Firefox Klar started sagging. Bermes was in a tough spot.

“It was important that we give German users what they wanted and not betray their trust. We decided to change the telemetry setting from an opt-out to an opt-in,” she said. “I had to tell the management in North America this is important. Having that mindset and knowing how deeply Germans care about privacy issues, helps me in making those difficult calls.”

Focus gets a Lyft

It’s not only Germans who are tapping on Firefox Focus. Over the summer, Bermes and Focus product designer Anthony Lam found themselves making smalltalk with a San Francisco Lyft driver. When they mentioned Mozilla, the driver lit up, asking excitedly if they knew anything about the new app, Focus.

“That was such an unexpected moment,” Bermes said. “It’s the gratifying feeling that we are touching real people with the work that we do.”

Our @lyft driver just found out we work for @mozilla @firefox … he asks us if we had anything to do with this privacy focused thing… pic.twitter.com/Fhn4VFnSY5

These touch points are opportunities to position Mozilla as a trusted independent body on the internet that’s challenging the tech giants and looking out for users. For Bermes, some of the users she thinks most about are her own family, especially her young nieces and nephew back in Germany who are about the same age she was when her uncle brought the computer into her life.

“Whatever I do now to protect the web will benefit them later. Also, there’s going to be a lot of movement in the future, and I want to provide users trust and an alternative way to access the Web without depending on a handful of players out there. I want to help save the good pieces of the web so the next generation can enjoy it. And I better do this now because otherwise it’s too late.

She adds: “I don’t know if I could do this anywhere else, but I definitely know I can do it at Mozilla.”

Browse like no one’s watching. Firefox Focus automatically blocks a wide range of online trackers — from the moment you launch it to the second you leave it. Easily erase your history, passwords and cookies, so you won’t get followed by things like unwanted ads.

Mozilla Berlin office, a browser you can step into