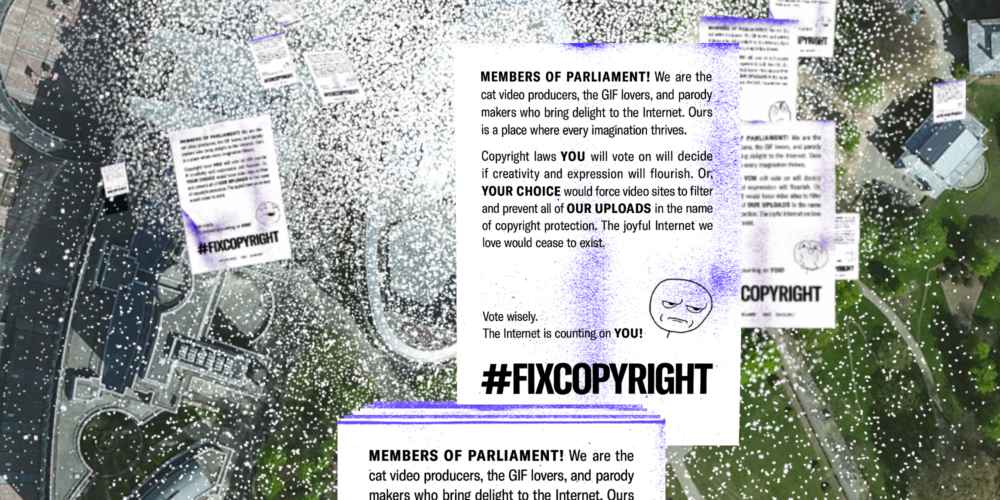 In the EU, outdated copyright law is threatening the health of the Internet.

The EU’s current copyright framework — developed for a time before the Internet — can stymie innovation, preventing entrepreneurs from building on existing data or code. It can stifle creativity, making it technically illegal to create, share and remix memes and other online culture and content. And it can limit the materials that educators and nonprofits like Wikipedia depend on for teaching and learning.

That’s why Mozilla is dropping airborne leaflets — millions of them — onto European cities.

Mozilla doesn’t own a fleet of zeppelins. And we like to conserve paper.

So we built Paperstorm.it instead. Paperstorm is a digital advocacy tool that urges EU policy makers to update copyright laws for the Internet age.

Paperstorm allows you to drop copyright reform flyers onto maps of European landmarks, like the Palace of Science and Culture in Warsaw, Poland. When you drop a certain amount, you can then message EU policymakers — like Pavel Svoboda, Chair of the EU Parliament Committee on Legal Affairs — on social media and urge them to support reform.

Alone, you might drop a handful of fliers. But together, we can drop millions — and send a clear, forceful message to EU policymakers.

Paperstorm is a collaboration between Mozilla and our friends at Moniker, the Webby award-winning interactive design studio based in Amsterdam. Paperstorm is another installment in Mozilla’s suite of advocacy media, which includes Codemoji and Post Crimes. 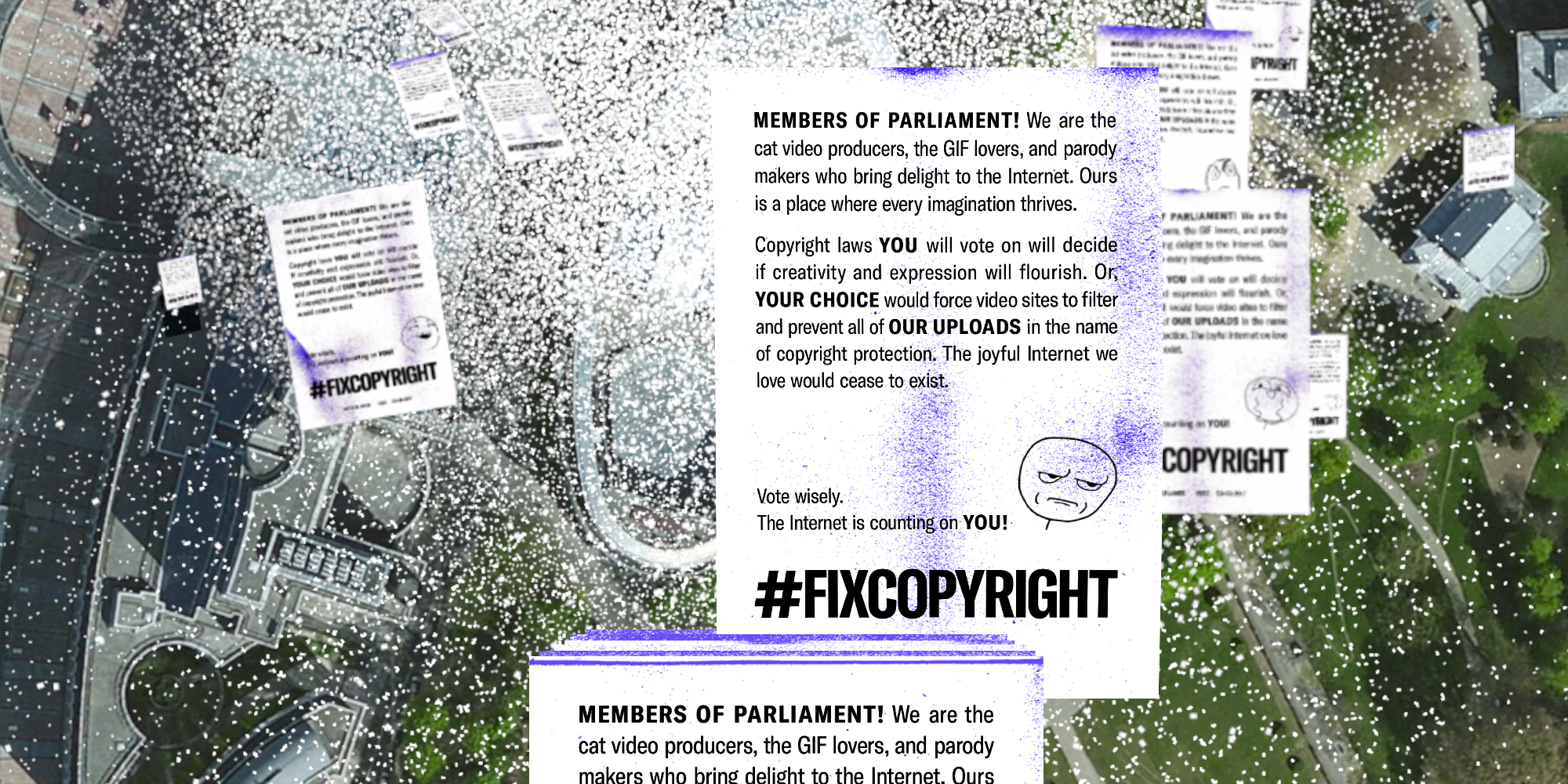 Why now? Copyright reform is at a critical juncture. Presently, lawmakers are crafting amendments to the proposal for a new copyright law, a process that will end this year. These amendments have the potential to make copyright law more Internet-friendly — or, conversely, more restrictive and rooted in the 20th century.

The good news: We know lawmakers are listening. Last year, Mozilla and our allies collected hundreds of thousands of signatures calling for copyright reform that would foster innovation and creativity in Europe. Some members of the European Parliament have been working diligently to improve the Commission’s proposal, and have taken into account some of the changes we’ve called for, such as removing dangerous provisions like mandatory upload filters, and pushing back against extending copyright to links and snippets.

But many other lawmakers need to be convinced not to break the Internet, and to support a modern copyright reform that empowers creators, innovators and Internet users.

“The EU Commission’s proposal to modernize copyright law for the 21st century falls short,” says Raegan MacDonald, Mozilla’s Senior Policy Manager in the EU. “It would stifle, rather than promote, innovation and creativity online.”

“We are especially concerned about the provisions calling for mandatory upload filters, which would force online services from Soundcloud to eBay to Wikipedia to monitor all content posted online in the name of copyright protection,” MacDonald adds. “Such an obligation would have a disastrous impact on the Internet ecosystem, repressing free expression and wedging out smaller players.”

“Paperstorm is part advocacy tool, part art project,” says Luna Maurer, Co-Founder of Moniker. “It’s a way to explore the intersection of the digital and physical worlds, while also standing up for free expression online.”

If you support common-sense copyright law in the EU — and a healthier Internet — join the #paperstorm today.