Lots new in Firefox, including “game-changing” support for WebAssembly

Today’s release of Firefox introduces great new features, making the browser more powerful, convenient, and secure across all your devices.

Firefox has a rich history of giving the web new and amazing capabilities. Along these lines, I’m proud to announce that Firefox is the first browser to support WebAssembly, an emerging standard inspired by a Mozilla research project. WebAssembly allows complex apps, like games, to run faster than ever before in a web browser. We expect that WebAssembly will enable applications that have historically been too complex to run fast in browsers – like immersive 3D video games, computer-aided design, video and image editing, and scientific visualization. We also expect that developers will use WebAssembly to speed up many existing web apps.

To learn more about WebAssembly, see David Bryant’s post, and watch this video.

If you’ve ever had trouble connecting to hotel wi-fi, it’s likely because you had to sign in to a “captive portal”. These captive portals are often problematic because the login page itself is hard to discover if the operating system doesn’t detect it. Very often, you try to navigate to a website and end up with an error.

With today’s release, Firefox now automatically detects captive portals and notifies you about the need to log in. Additionally, after Firefox detects a captive portal, it replaces certificate error pages with a message encouraging you to log in. 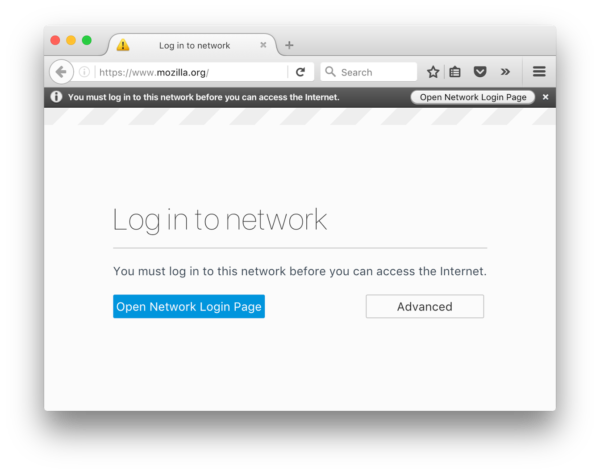 Firefox warns you about insecure logins

To help keep you safer on the internet, we’re building upon Firefox’s new warning in the address bar. Firefox now shows an in-context alert if you click into a username or password field on a page that isn’t encrypted with HTTPS. 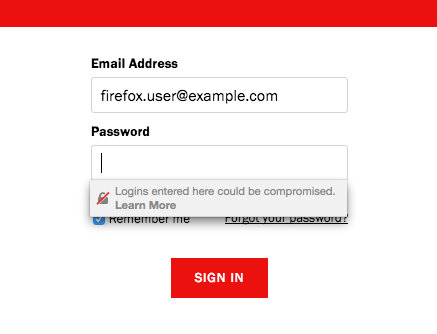 There’s quite a bit more in this release. Web designers and developers may be particularly interested in CSS Grid, and today we’re shipping the only Grid Inspector developer tool on any major browser. You can learn more about CSS Grid and developer tools you’ll only get from Firefox on the Hacks blog.

Also with this release, Firefox has improved security and performance by disabling all plugins that use the Netscape Plugin API (NPAPI) besides Flash. Later this year we’ll further improve Firefox so that Flash content is only activated with user consent.

We hope you enjoy the new release, and would love your feedback.