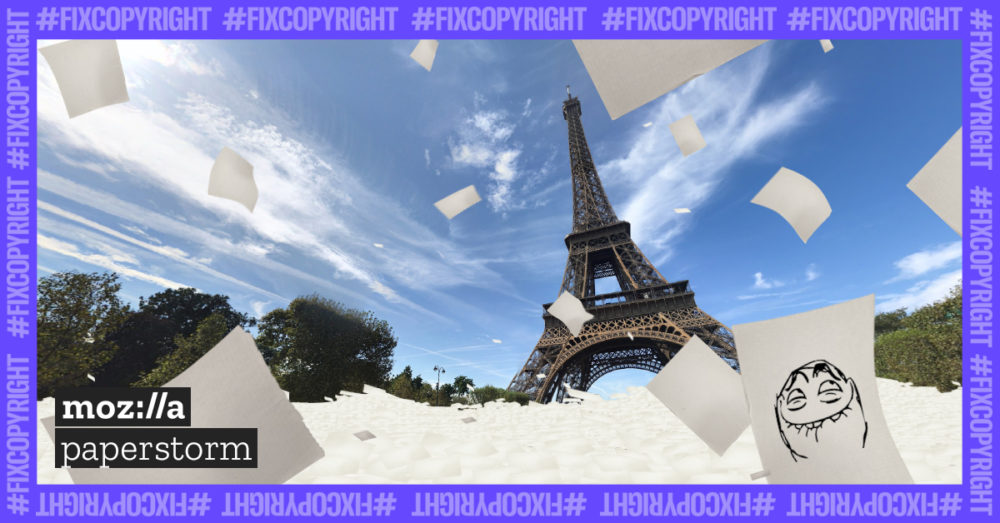 12,000 tweets to Members of the European Parliament (MEPs). 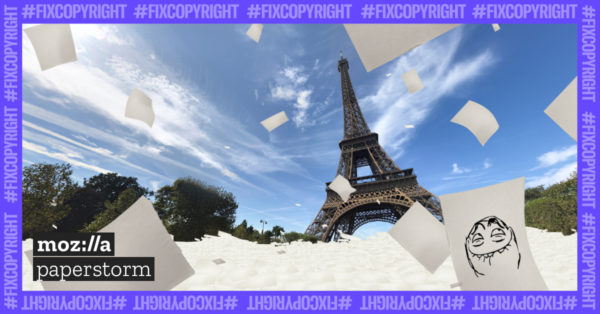 Earlier this year, Mozilla and our friends at Moniker launched Paperstorm.it, a digital advocacy tool that urges EU policymakers to update copyright laws for the Internet age.

Paperstorm.it users drop digital flyers onto maps of European landmarks, like the Eiffel Tower and the Reichstag Building in Berlin. When users drop a certain amount, they trigger impassioned tweets to European lawmakers: 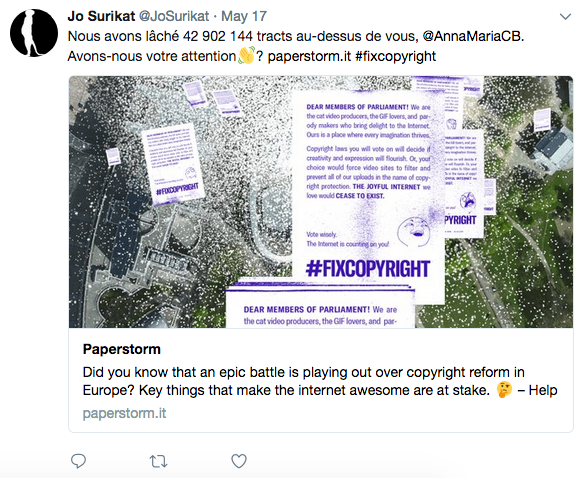 “We built Paperstorm as a fun (and mildly addictive) way for Internet users to learn about and engage with a serious issue: the EU’s outdated copyright laws,” says Mozilla’s Brett Gaylor, one of Paperstorm’s creators.

“The Parliament has a unique opportunity to reform copyright,” says Raegan MacDonald, Mozilla’s Senior EU Policy Manager. “We hope this campaign served as a reminder that EU citizens want a modern framework that will promote — not hinder — innovation and creativity online. The success of this reform hinges on whether the interests of these citizens — whether creators, innovators, teachers, librarians, or anyone who uses the internet — are truly taken into account in the negotiations.”

Currently, lawmakers are crafting amendments to the proposal for a new copyright law, a process that will end this year. Now is the time to make an impact. And we are.

Then, we created custom MEP figurines inside Paperstorm snowglobes. A Mozilla community member from Italy hand-delivered these snowglobes right to MEPs offices in Brussels, alongside a letter urging a balanced copyright reform for the digital age. Here’s the proof:

Thanks for clicking. We’re looking forward to what’s ahead: 100,000,000 clicks—and common-sense copyright laws for the Internet age.