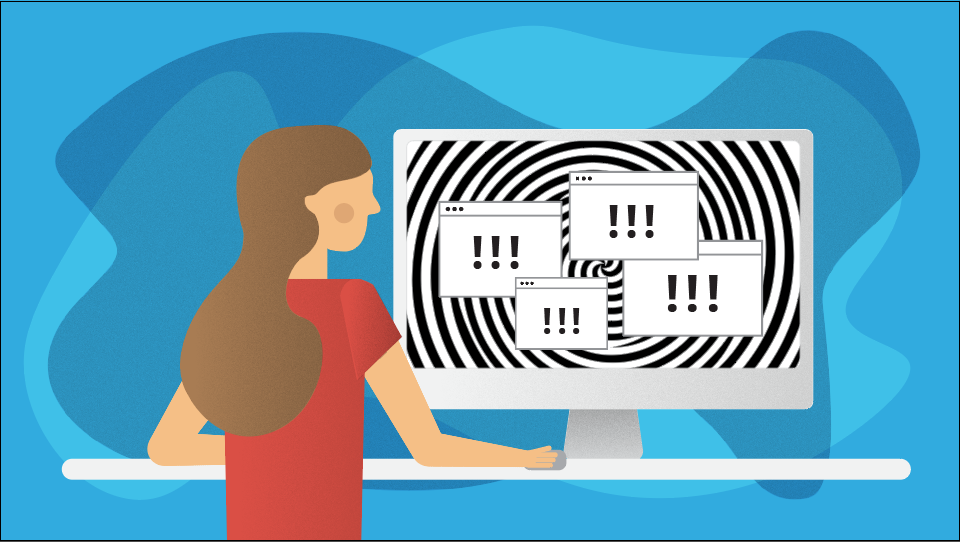 Much has been said about the attention economy. Gamification. Tech addiction. But what happens when those things combine and form an addiction economy online?

Our ever-connected life has provided a lot of value to me. I’m better informed about the world and current events, I can use my smart-home to set my thermostat on my way home and check in on my dog, and I can talk daily with friends far away on any number of messaging or video-chat services.

The internet and incentives

But as we depend more and more on the connected devices in our lives, it’s increasingly clear that, like any tool, there’s a dark side to the technology we use every day. Apps and services — on a computer or mobile phone — have slowly (or not so slowly) made clear what ever-present attention costs us. The so-called attention economy rewards apps and services that we give our attention to. From a video game to a social network to a puzzle, the dominant monetization model is advertising. That means that if an app or service can keep your attention, they make more money. Of course, prioritizing advertising income has a price: users don’t like interstitials or auto-play video, and competing services are easy to find. Nor is advertising the only monetization model. But developers are increasingly good at getting their users to stay, watch ads, or pay — whether that’s rewarded with a power-up in a game, a surge of dopamine from an achievement, or a deluge of adorable dog content.

So what drives us to check our social media feeds addictively, or play a video game for hours, or reload cute animal videos all night? It’s all about the incentives. This attention economy drives apps and services to “gamify” — incentivize — often in subtle ways, engaging with them. A game will give you a power-up for playing daily. Social networks try to show you content that will get you to engage, ensuring that you stay on their site. Since this engagement drives the attention economy, the incentives behind these services are clear. It’s a logical outgrowth of the way that we incentivize content, services, apps. And that’s leading to true addiction. Recently, the World Health Organization actually classified “gaming disorder” as an addiction disorder in the draft International Classification of Diseases. Of course, not all tech addiction leads to something diagnosable or in need of professional treatment, but it’s always smart to be conscious of how and why we turn to tech.

When the internet was born, it wasn’t conceived of as a commercial venture. The internet developed in academia and the business world, not for a casual user. But as the internet has evolved, the monetization model has primarily focused on advertising. I doubt that was intentional, but creators have been incentivized to gamify and scale services quickly and simply, rather than creating quality content and designing for quality of life over immediate profit.

Gamification isn’t new. Some have argued that gamification mimics life — that is, success in school, a career, or a relationship are all kinds of gamification. Sports fans feel compelled to follow their team, knowing full well that it won’t impact their performance. And of course, games like the Sims (and many others since) explicitly gamify all of these things. But as people design online content and services, the incentives are aligned: attention drives monetization. And in that case, what’s better than compulsive attention for driving profit?

But short term optimization and focusing on attention will hurt the internet over the long term.

Services that depend on your attention for immediate profit are likely to backfire as people become annoyed with ever-present advertising or simply recognize their tech addiction and take action to combat it. A social media network only needs to present you with enough content on their platform to keep you scrolling instead of leaving their site, and will surround whatever you thought you wanted to see with other dopamine-generating distractions. And a video streaming website might judge success (including ad profits and revenue sharing with creators) by how long they can capture your attention.

Apps and services driving content creation online often don’t take into account what is good for the internet or the user — they simply prioritize driving immediate attention and engagement from users. When this content creation is outsourced to algorithms, it has mixed success. From Netflix’s data driven research to develop the massively successful House of Cards to the ill-fated bots creating disturbing kids content on Youtube, algorithms can isolate combinations of things that we humans like to engage with. The same goes with social media: newsfeeds like those on Twitter and Facebook use algorithms to decide what content to surface, based on the kinds of things you’ve engaged with in the past.

Designing services in ways that drive attention have created mindless, addictive experiences. Sometimes, a silly smartphone game is exactly what I need, after a stressful meeting while I head home on the subway. But when I turn to that same game at home instead of paying attention to friends, my dog, or my chores, I end up shortchanging my “real” life in favor of my phone. And being attached at the hip to your smartphone, for example, has been shown to be incredibly distracting. Having your phone nearby significantly impairs problem solving, whether the phone is on or not.

What if there was a way to incentivize rewarding and enriching experiences, instead of mindless and addictive ones?

There’s not a clear solution to moving away from the addiction economy. However, it’s clear that you can make changes that can benefit you. Being conscious of how you use tech and the internet is the best start. Thinking about how you use apps and services — whether it’s to relax playing a game, watch videos, or get work done — will help you decide how to manage your own online experiences. I have friends who refuse to carry a smartphone outside their professional lives. Others have a strict rule that in social situations — especially sharing a meal — there are no devices. I really appreciate that (and sometimes am the person at the table called out for checking my phone!). And I appreciate having folks around me hold me accountable.

Ultimately, we need to tackle this problem collectively through systems and incentives design. There are other ways to incentivize use of a site, but it seems that creating quality content is currently much harder (and thus less profitable) than repetitive content or a game that hits your dopamine receptors. What if there was a way to incentivize rewarding and enriching experiences, instead of mindless and addictive ones? As I mentioned earlier, monetization can be accomplished lots of ways — search engines, for example, often measure success by how quickly you leave, since the goal is to help you find what you’re looking for. And when they do that well, you come back — not spending a lot of time, but coming back over and over.

Big picture, creators — maybe you! — can think about how we responsibly create algorithmic apps and services that don’t abuse our attention. It might be a little less fun in the short term, but will keep the internet a healthy, global resource for decades to come.

Heather West is a Senior Policy Manager at Mozilla. She is a policy and tech translator, product consultant, and long-term internet strategist who engages influencers and builds campaigns to guide the intersection of emerging technologies, culture, and policy.

If you’re interested in learning more about the attention economy, check out Mozilla’s original podcast IRL: Online Life is Real Life. In IRL’s Paid Attention episode, explore all the ways your attention has become monetized on social media.

This is Your Digital Fingerprint