It’s been a year since we last revamped the program. It’s been a year full of awesomeness, challenges, changes, and opportunities. Ambassadors please join us in celebrating a year of wonderful contributions. Read and share this blogpost about what the FSA Program is, who we are, the impactful things students are doing daily, and what we’re looking forward to.

The optimized Firefox for Windows 10 is here! Help us to promote Firefox by participating in the FSA Campaign Challenge. The campaign runs for the rest of 2015. Go through this presentation for more details on how to be an active participant in this campaign!

Think you know social media? But how do you effectively use it for marketing? Join rockstar Mozillian Jafar Muhammed, Community Marketing Lead of Mozilla India on tuesday September 22nd at 10PM IST (9:30am PT), as he shares online marketing best practices. Learn his tips & tricks to better promote your club and community events!

Ask any program related questions in this etherpad. We’ll be answering them during Office Hour! RSVP to the event here!

August FSA & Club of the Month 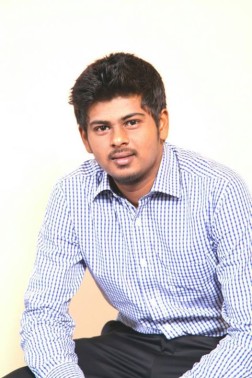 Jayesh KR started his career as a mozillian in the month of january 2015 . He then helped form Mozilla community in Tirupati . He studies in a well reputed university called SASTRA University in Tamil Nadu all the while serving a Firefox Club called SRCMozillians. He did a lot of efforts for FSA recruitment in Webmaker and Firefox OS development as well.Due to his awesome contributions, we are pleased to feature him as August 2015 FSA of the Month

CMR Insitute of Technology Firefox Club is one of the most active Firefox Clubs in the FSA Progmra! Stationed in Hyderadad, the CMRIT Club have a huge membership of active ambassadors, learning developers, and passionate students who want to share and know more about Mozilla products and initiatives. Just recently, they’ve hosted a series of events including a Mozilla Hackathon on Web and App Development, a Bugzilla, and Securing the Web session. What a group of tech savvy Ambassadors! You can read all about their contributions here.

Congratulations to these Ambassadors! 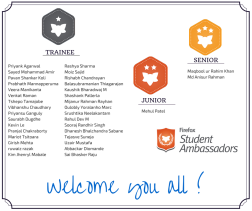 Three months, two APIs, one app and one winner. The new theme is developing a Firefox OS application using Camera API and Alarm API. From August to October, create an app using any or both of the listed APIs. Winner will receive a Very Splendid Swag Pack!

A big thank you to all the amazing people who have hosted Makerparties to encourage web literacy and an open web!