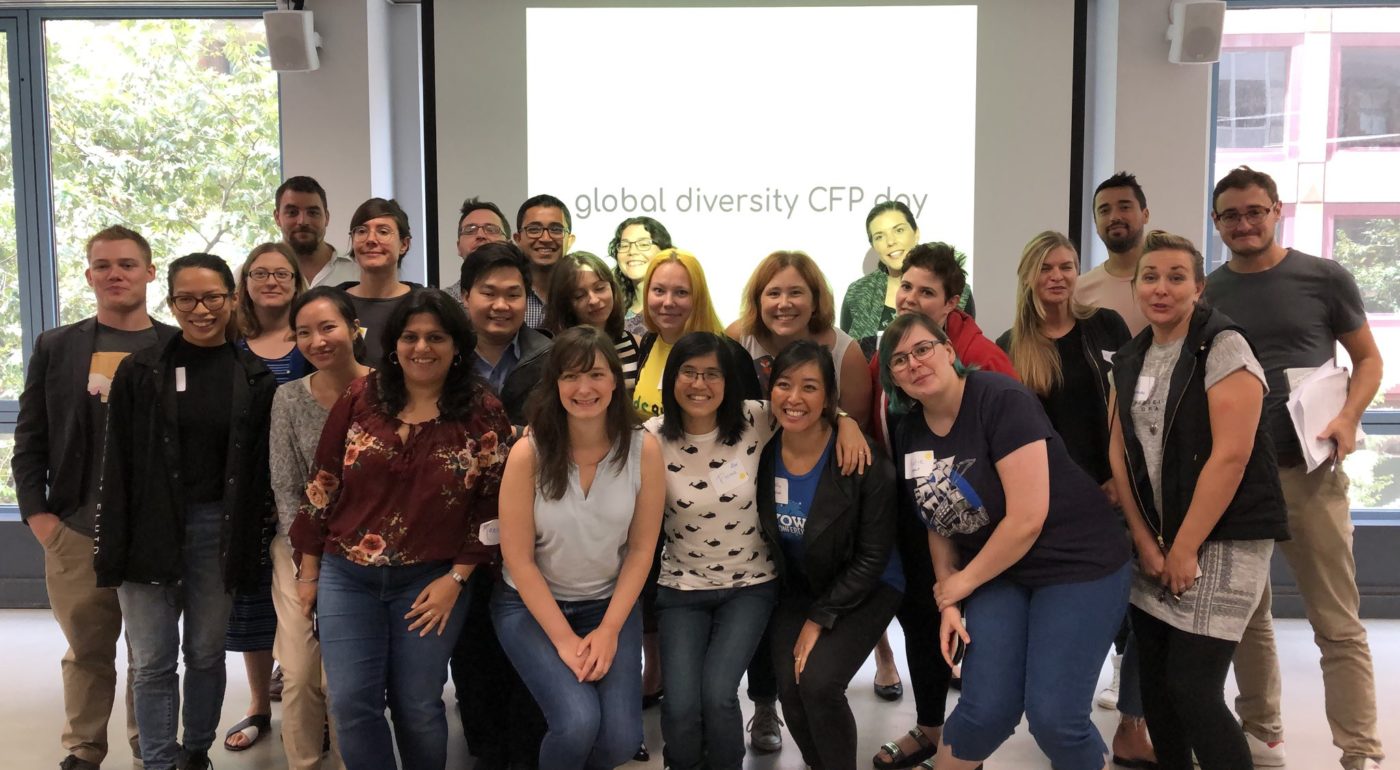 Conferences are meant to present and develop new perspectives, broaden one’s expertise, to network and simply have a good time with kindred spirits. Conferences connect people in many ways. However, the audience of speakers and attendees is still comparatively homogeneous — especially when it comes to tech.

It is by no means a representation of all the experts from different backgrounds who make their daily contributions to hardware and software development. In many instances people are aware of this and proactively work on breaking down barriers. Among other activities, the organizers of JSConf and CSSConf for example have been running an anonymous Call for Proposals (CFP) process for some time now. Currently, 27 percent of their participants are female or LGTBQ. Other minority factors included, such as origin or age, 37 percent are not white, male and under 40. The organizers are committed to raise the percentage year by year. This makes JSConf and CSSConf pioneers in terms of diversity — and yet they have not reached a balanced ratio.

The reasons are certainly as diverse as the conference participants, but a lack of role models is common, as are negative experiences from earlier, less permeable selection processes or everyday work life. Global Diversity CFP Day was created by Peter Aitken, a conference organiser, to reduce this imbalance, to increase the pool of proposals and speakers, to encourage more diversity and to provide experienced mentors to interested people.

One day, 65 cities and workshops worldwide

In numerous locations around the world, potential speakers and workshop organisers meet for Global Diversity CFP Day to learn how to write their own bio, find interesting speaking topics and write abstracts in a total of six modules, each of which is designed to last one hour. Peter Aitken remembers:

“Global Diversity CFP Day grew out a series of public video call sessions I ran while organising ScotlandJS. The idea for these calls was to allow potential CFP applicants to meet the conference organizers and a few previous speakers to ask any questions they had. In 2016, I shifted direction with these to make these specifically for people from underrepresented and marginalised backgrounds,” Peter explains. “Things always work better in person, so let’s do that. After speaking to a number of folks we quickly had in place 6 workshops in 4 countries geared towards encouraging people to apply to speak at ScotlandJS. In 2017 I decided to turn this into an independent event.”

The success of the first Global Diversity CFP Day in February 2018 was overwhelming: events were held in 52 cities, plus an online workshop. More than 1,000 people took part worldwide and another 260 people were involved in organizing it. “This was far beyond anything I could have imagined,” says Peter. Several participants submitted conference proposals following this first event, continued to consult with their mentors and gathered feedback on the various steps of the application process.

“At Global Diversity CFP Day, valuable relationships are formed — with a wide variety of like-minded people and, above all, with people who, as experienced speakers, can be great role models and mentors. In addition to passing on important knowledge and experience, this also helps to break down mental barriers. Hardly any other event does that,” said Ola Gaslido, Software Engineer, Firefox Dev Tools & mentor. 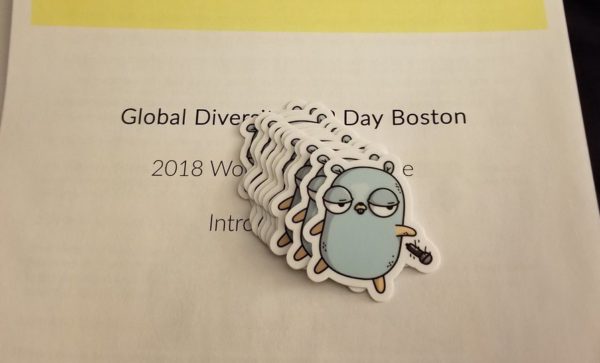 Among the numerous workshop hosts of Global Diversity CFP Day are a number of Mozilla (Tech) Speakers who are keen to pass on their experience gained over many years. Mozilla in Berlin and in Vancouver are hosting the workshop at their respective local office. Inclusivity is the focus here: the offices are fully wheelchair accessible, respectful interaction with each other is a mandatory requirement for all guests and free childcare is also provided. During joint lunch, all participants can freely exchange ideas and get to know each other, with no alcohol involved. By supporting events such as the Global Diversity CFP Day, Mozilla wants to contribute to broadening the spectrum of tech speakers, supporting the community and changing the tech industry for good. Mozilla generally only sponsors conferences that are inclusive and implement a corresponding Code of Conduct.

Supporting inclusive events such as the Global Diversity CFP Day — be it as a mentor, sponsor or participant — and helping them grow is an important step towards more diversity at conferences. Registration is now open and available for as long as ticket stocks last. If you can’t join this year or would like to take part in organising the event in the future you may look forward to 2020, just like Peter: “My aim for the foreseeable future is to grow this event, with the help of a massive number of people around the world who share the same vision and values”, he says. “We want to mobilise underrepresented and marginalised people in every tech community who want to become speakers by supporting them in putting together their first tech conference talk proposal.”

BERLIN ACCESSIBILITY: The Mozilla Berlin office is accessible by wheelchair. In the building there are two elevators and a ramp leading to the event space. The office also has a wheelchair-accessible restroom. However, we are aware that accessibility issues are diverse and we may not have everything covered off in our plans. Please reach out, and we will do our very best to confirm we have those requirements under control.