This post is written by by Noriatsu Kudo of Mozilla Japan with help from volunteer community space stewards.

On October 29th/30th 2016, the Mozilla Festival was held in London. The Festival is an annual event on Education, Journalism, Science, Openness and many other areas we have been working on with people all over the world. This year, as a trial session, the Mozilla communities in Jakarta, Manila, Taipei, and Mozilla Japan took part. Supported by the Participation Team, the 3 volunteer-run physical community spaces and Mozilla Japan office all located in Asia were connected to London during the opening day of Mozilla Festival.

The reasons why we came up with this idea are:

First of all, from Asia, London is very far and it costs a lot for us to travel to MozFest. Therefore participants from Asia are much less comparing to EU participants. However there are a large number of people interested in the festival and in Mozilla’s work in the above fields.

Secondly, diversity in languages and localization were one of the focus topics this year. Therefore, I wanted to bring even more languages and people from different regions with their activities to MozFest. 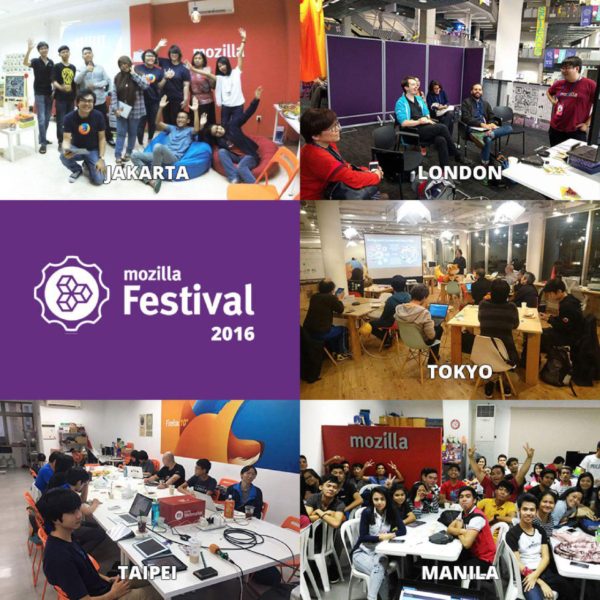 From Local to Global

To make this happen, I discussed it with volunteers who run community spaces. From a technical point of view, it is quite easy to connect locations with video conference system and just broadcast talks from MozFest. However, remote participants are not same condition comparing to the local participants in the venue, and most of Asian participants are not English native speakers. Therefore, localization of the event was needed.

We first agreed on that conversation and discussion with others in their native language is important. Therefore, we decided to host a small events at each community space, and inter-connect those events. In this way, participants can join discussion even if they are not fluent enough to discuss in English. Also, because of time difference between Europe and Asia, we choose to held this event on Saturday, morning in London, and afternoon to night in Asia.

(by Noriatsu Kudo and Brian King)

There were two types of session in London. One was the broadcasting of “opening session and Speaker Series” using AirMozilla and Facebook Live. The other was a session to receive presentations from Asia using a video conferencing system.

The Opening session and Speaker Series were viewed in each community space and participants had a conversation about the content. In total, over 50 participants in Asia joined this public view style session.

The video conference part was held as a “Connecting remotely to global communities” session in the localization space. In this session Tokyo, Taipei, Jakarta, and Manila gave a short presentation about activities in each country. We have delivered four countries and four more languages to the festival to increase diversity of people and more participation. However, this was just a trial. Based on the satisfaction of remote participants, we would like to expand and improve on this type of participation all over the world.

In Community Space in Taipei, 12 Mozillians gathered together to watch the opening and live speaker sessions from MozFest. The opening remarks from Mark Surman resonated with the participants who had never been to MozFest not only because of his recent visit of Taipei community space, but also the free and open atmosphere and the energy of partcipants at MozFest. 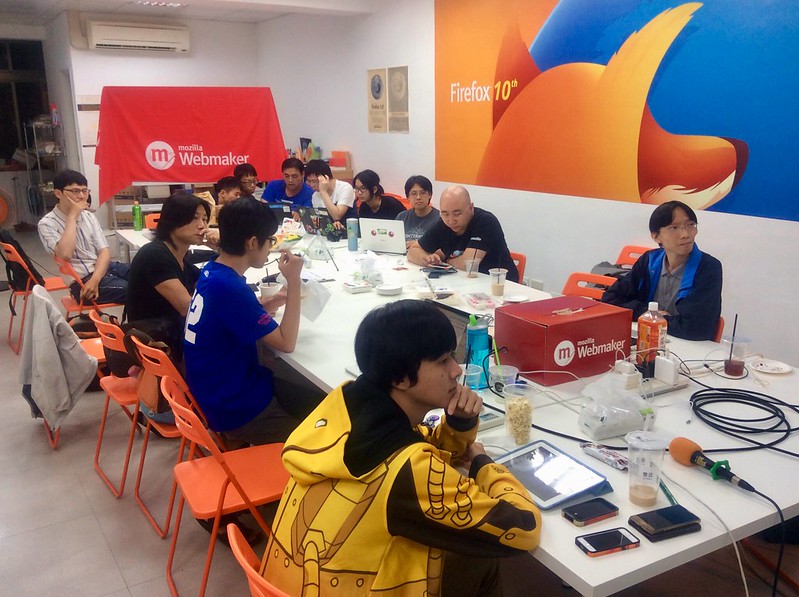 After the live opening, we invite Franklin and Eric Sun from “ezgo” project to introduce how we promote FLOSS in basic education. There are many good and open educational materials (For example, Stellarium for astronomy, GeoGebra in mathematics and Avogadro in chemicals), and ezgo is a Linux distrubition designed to gather all of those materials and apps in one place for teachers and students. MozTW (Mozilla Taiwan Community) had co-work with OSSACC, the organization behind ezgo for many years, and we’re happy to introducing our experience to Mozillians around the world. 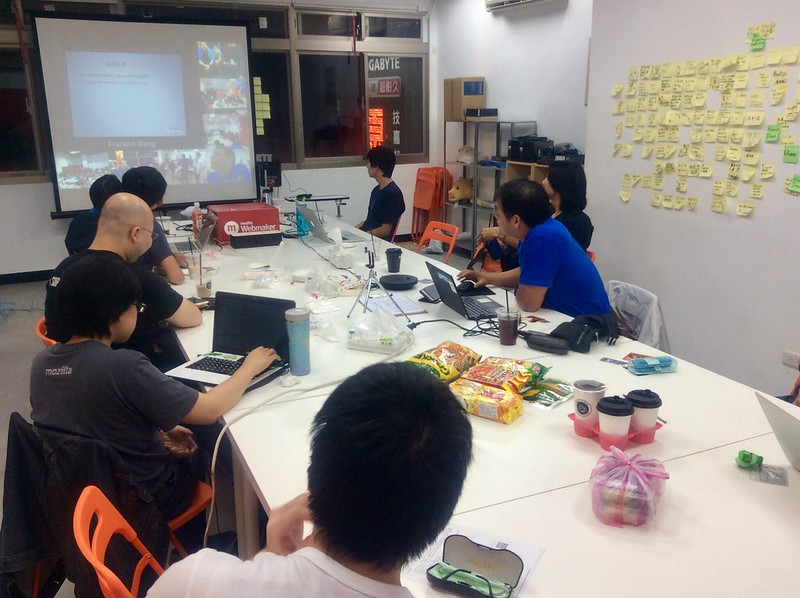 The second half of the event in Taipei had board games, food and social time. We had played a new crowdfunding “programming board game” – 海霸 King of Pirates by 程式老爹 papacode. It’s designed to teach the logic behind programming to kids from k-12, and even better, it’s open to download free (under by-nc-sa license). And we also shared some tasty Japanese, Indonesian and Philippines food, and had a good time socialising with people from other spaces in front of connected camera. 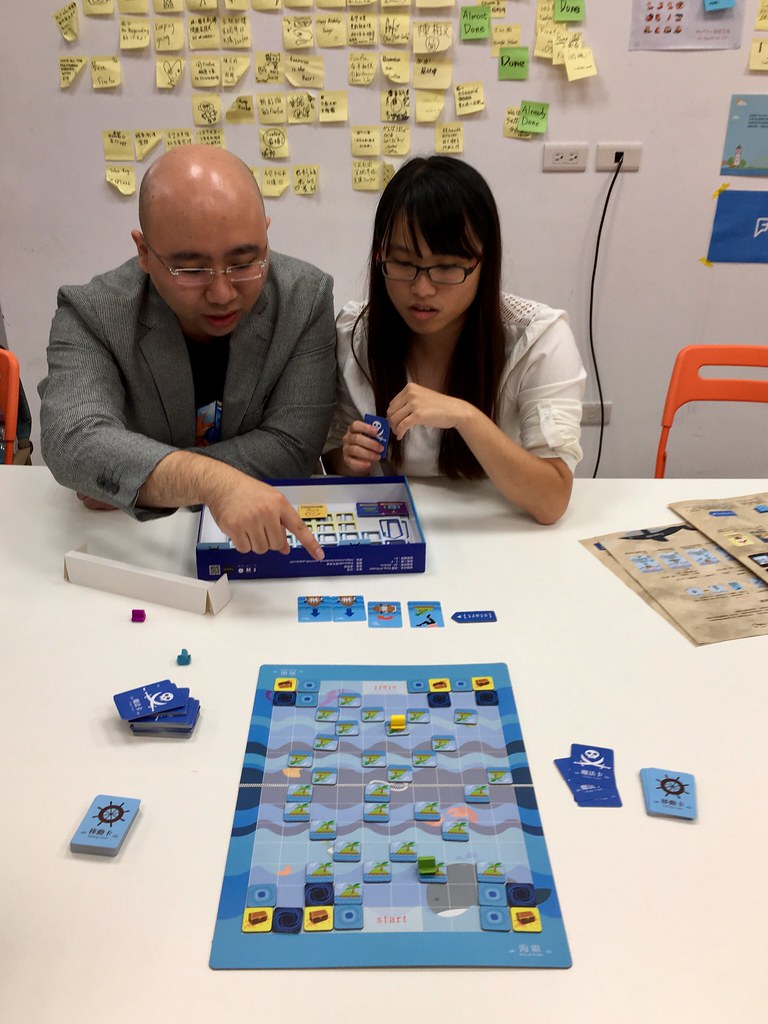 In the Mozilla Community Space Manila, most of the attendees were students from outside of the metropolis, visiting MozSpaceMNL for the first time. The community space was packed with more than fifty Mozillians eager to watch the livestream. While waiting for the live feed from London, participants were treated to a film showing of “Code Rush” followed by a short talk about Mozilla in the Philippines. The talks were then followed by a live viewing of the opening session of Mozilla Festival direct from London, UK.

(by Dynamis [Tomoya Asai] and Gunmar)

In Tokyo, there were 20 participants partcipated the event.  From Tokyo, Gecko embedded project and CHIRIMEN Open Hardware community gave their presentations. It was a great opportunity to share what Japanese community are doing and exchange information with other community groups in Japan.

This project is supported by Brian King and the Community Development Team. The volunteer based community spaces in Asia opened their doors in 2014. It’s an experiment to create a free and open space for people who passionate about the open web, to attract more talent into Mozilla, to strengthen local communities, and to see what great things would happen.