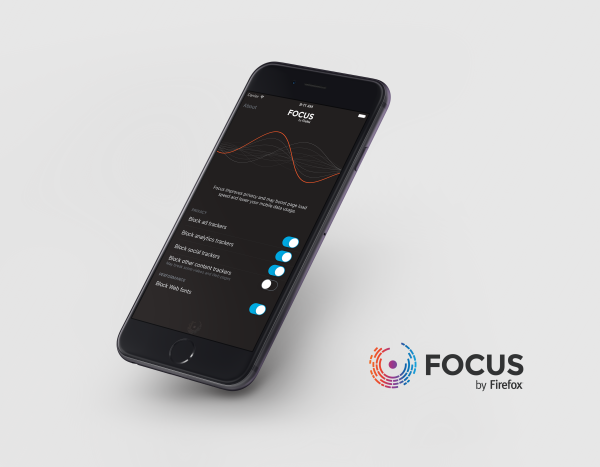 Users can download and install Focus by Firefox from the App Store, and once it is installed, launching the app will provide a guide to finish configuration. Focus by Firefox will block the same trackers that are blocked by Private Browsing with Tracking Protection in Firefox for Windows, Mac, Linux and Android, based on Disconnect’s open source blocklist.

Currently, Focus by Firefox only works with Safari, not Firefox for iOS. This was not our choice—Apple has chosen to make content blocking unavailable to third party browsers on iOS. We are exploring how we can provide this feature on Firefox for iOS and will deliver it as soon as it’s possible.

You can learn more about why we created Focus by Firefox here. We’re excited about sharing this release with you today and we’re already working on making Focus by Firefox even better in the future!

More articles in “Firefox for Mobile”