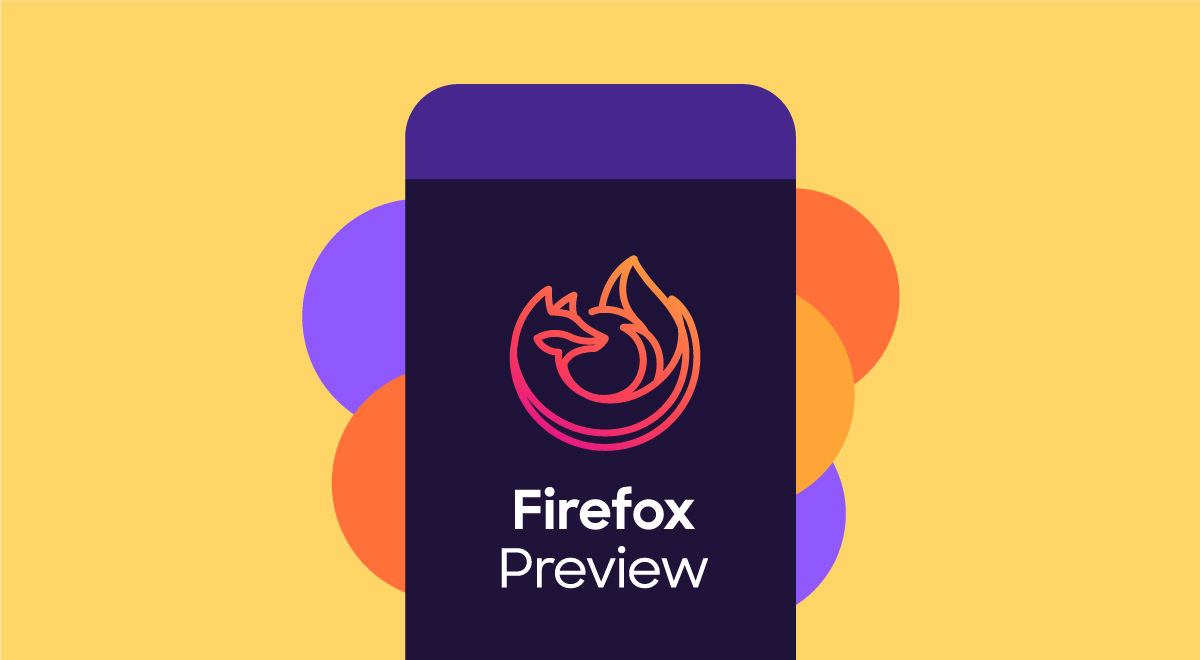 In June we made an announcement, that left us — just like many of our users — particularly excited: we introduced Firefox Preview, a publicly available test version of our upcoming best in class browser for Android that will be fueled by GeckoView. GeckoView is Mozilla’s own high-performance mobile browser engine, which enables us to deliver an even better, faster and more private Firefox to Android device owners. Hundreds of thousands of users have downloaded and tested Firefox Preview since it became available.

Over the past 5 months we’ve been working diligently on improvements to the app. We’ve been listening closely to user feedback and are basing app development on users’ requests and needs; one very recent example is our support for extensions through the WebExtensions API. We will still continue to test Firefox Preview Beta and we’re expecting to launch as a final product in the first half of 2020. Today, we want to provide an update on our progress, and share some of the amazing new features we’ve added to Firefox Preview since the beta release of 1.0.

Browse the web conveniently on mobile with privacy by default

At Firefox, we foster user choice and individual decision making. However, we’ve noticed the massive change the internet economy has undergone over the last couple of years. This transformation has distorted the value exchange between online businesses, the ad industry in particular, and users. It is no longer transparent and consumers are being taken advantage of more and more. We want a better web for people. One that puts users first while still being fast, performant and, above all, private and secure. Still, we can’t expect every user to become an expert on these topics in order to protect themselves. That’s why we’re now making next-level privacy protections the default instead of an option for only the tech-savvy.

This is a guiding principle for the whole Firefox product family and it’s why we’re now taking Firefox Preview to the next level by equipping it with Enhanced Tracking Protection, an innovative technology we first introduced in Firefox for desktop earlier this year, and have been improving ever since. Enhanced Tracking Protection is our approach to put users back in control of their online life by stopping third-party tracking cookies from following them around on the web.

When mapping out how to implement this feature in the next Firefox for Android, we took the distinct use-cases for mobile and desktop into account. On the phone or tablet, most users care much more about performance and blocking of annoyances compared to desktop. Users are more forgiving when a site doesn’t load exactly like it’s meant to. So we decided that while Firefox for desktop’s default mode is “Standard”, Firefox Preview will use “Strict” mode. “Standard” prevents third-party trackers from (re)using cookies to identify a user while still allowing the trackers to run on the site, “strict” actually blocks the trackers, which makes the browser up to 20% percent faster. Users will no longer face ad banners that contain trackers and therefore have a rather uninterrupted browsing experience, though there is a chance that some website content may not work. If users prefer to avoid that they can always switch to “Standard” mode with just 3 taps or turn off Enhanced Tracking Protection with only 2 taps. 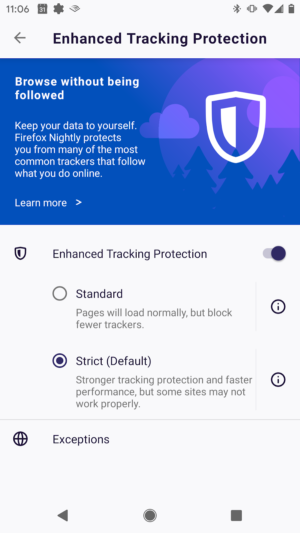 We’re looking forward to hearing what users think about Enhanced Tracking Protection on mobile as well as these additional new features in Firefox Preview: 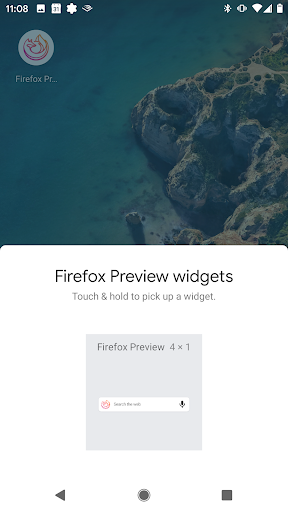 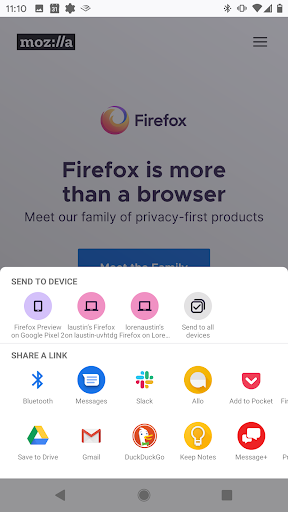 We’re excited to see Firefox Preview develop further and can’t wait to share out what the final product will look like! In the meantime, we continue to welcome more testers to Firefox Preview and look forward to hearing more of users’ feedback. All the features described above, plus everything else we recently added to our new mobile browser, has been picked, prioritized and added based on what our users requested. This has been our approach, especially in the mobile sphere, for many years and we’re planning to maintain it: not only is feedback immensely important for us in order to improve our products before their actual launch and during further development; we also want to make sure to deliver exactly what users need and demand. They can help surface what that is and shape our new mobile product. So, download Firefox Preview now and let us know what you think!

And in the spirit of the upcoming holiday season: thanks to the whole Firefox community for your support!