This morning, Adobe announced its roadmap to stop supporting Flash at the end of 2020. Working with Adobe and other browser vendors, Mozilla has prepared a roadmap for Flash support in Firefox, and guides for site authors to make their final transition away from Flash technology. By managing this transition carefully, announcing it years in advance, and providing options for transition, Mozilla will help make the web faster, safer, and better for everyone.

To provide guidance for site authors and users that continue to rely on Flash, Mozilla has updated its ​published roadmap​ for Flash in Firefox. Starting next month, users will choose which websites are able to run the Flash plugin. Flash will be disabled by default for most users in 2019, and only users running the Firefox Extended Support Release (ESR) will be able to continue using Flash through the final end-of-life at the end of 2020. In order to preserve user security, once Flash is no longer supported by Adobe security patches, no version of Firefox will load the plugin.

As part of improving Firefox performance and security this year, Firefox users will choose which sites may run the Flash plugin. This choice will give users the ability to keep using legacy sites that require Flash, while letting modern sites shine with blazingly fast HTML speed. This change was announced ​last year​ and will ship in Firefox next month. Firefox users will still have the opportunity to enable Flash on specific sites that require it. It is possible to test this behavior today by ​downloading Firefox beta​ and ​changing the Flash setting in the Firefox Add-ons manager​. Because each browser implements this feature slightly differently, MDN Web Docs lists the ​differences in Flash activation​ among the major browsers as a guide for authors. 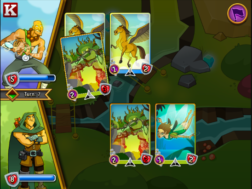 The Spellstone game has already migrated from Flash to HTML.

Over the years, Flash has helped bring the Web to greatness with innovations in media and animation, which ultimately have been added to the core web platform. The end of Flash offers an opportunity to bring legacy design and content in the Flash format into an new era using HTML and web technologies. If you are a site author currently using Flash to implement video, games, chat, file upload or clipboard access on your site, the web platform now has fast, secure, and reliable features which can do all of these tasks. Browser makers have prepared a guide to help website authors transition away from Flash to the open web. This transition guide​, published through MDN Web Docs, provides documentation and links to open web APIs, libraries, and frameworks to help make updating to the web platform a great experience. 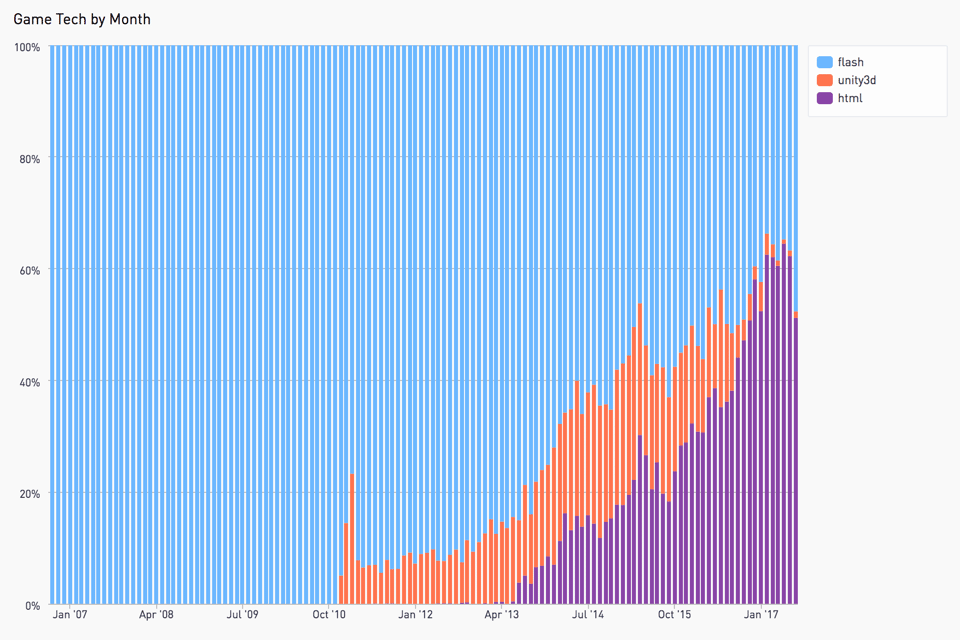 HTML is being rapidly adopted for web games. Image provided courtesy of Kongregate.

Game developers that formerly built games for Flash are quickly switching to HTML and seeing great results. Last week, Kongregate published​ data about the transition to HTML and the trends in game technologies used on their web gaming platform. Mozilla works closely with games publishers and developers to ​advance the state​ of games on the Web, and ​continues to ​develop technologies such as WebAssembly which allow developers to achieve near-native performance. For more information about building great web games, see ​MDN Web Docs​.

This year, Firefox will become the fastest it has ever been. Reducing Flash usage now is an important part of making the web and Firefox better together, and will support the end of Flash in 2019 and 2020. The security and privacy features users have come to expect, combined with a new interface and added functionality, will streamline and modernize the browser experience for Firefox users.