This post was written by Kate Warren, Executive Director, Art 120 in Chattanooga, TN

Stop me if you heard this before…

Have you heard the one about a dancer that walks into a makerspace? I never thought I would
either until I met retired software CEO, Dan Mailman at TXRX Labs during a spring trip to
Houston, Texas. I dropped by TXRX Labs to take a tour of their amazing 30,000 square foot hacker habitat which houses a series of labs from rapid fabrication to electronics, wood, art, and computers. Basically everything you might need to build an electric guitar or a legion of robots. As Dan showed me around, I tried very hard not to get too excited at all the amazing equipment and opportunities TXRX provided. After sharing our experiences in maker education, it became very clear that we both are both passionate about education and the future of our technological workforce. Specifically, that creative, hands-on learning opportunities for youth are critical to our economic future yet very few students have access to an education that can transform them from consumers to innovators. 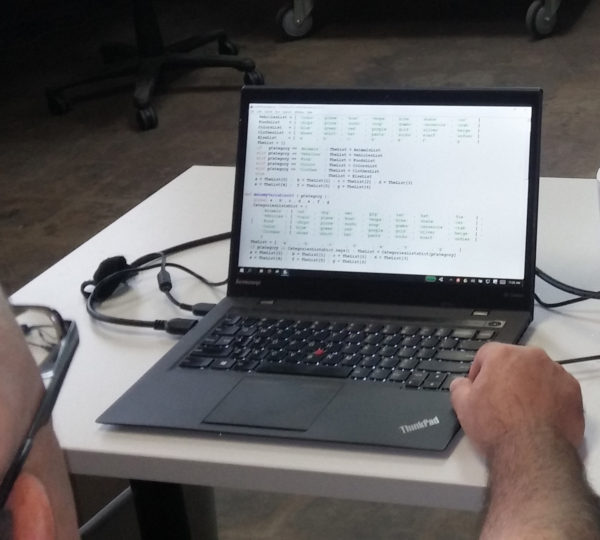 That’s when Dan told me about Alisa Mittin, a choreographer, conceptual artist, and dance
teacher who walked into TXRX Labs and mentioned that she would love to actually create
music using her movements on stage. Our discussion went from “can it be done?” to “can we
teach kids to create this?”. Within that five minute conversation, the Raspberry Python project
was born.

Now if articles about teaching snakes to eat raspberries is your kind of jam, you could be in for a disappointment. At first glance, a Raspberry Pi, looks like an old video card from the nineties but it is actually the entire computer complete with processor, video output, and USB. Python is the coding language Dan developed our curriculum around. The project is teaching students to create a network of computers and program them to track an object in a 3D environment and provide a musical response depending on where that object is in the space.

As a Maker Ed host site, Art 120, had the space and the students. The only thing lacking was
funds to get a pilot class off the ground. As soon as I returned to Chattanooga, I began looking
for opportunities and came across the Mozilla Gigabit Community Fund. As a project to develop and execute curriculum between a software CEO from Houston and a youth makerspace in Chattanooga, the Mozilla grant seemed like a perfect opportunity. In April, we received the announcement that we were recipients and by the morning of June 6th our first students walked through the door. 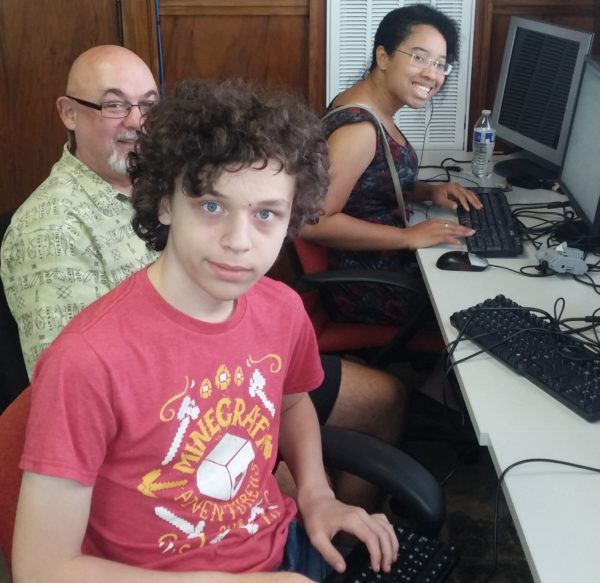 Our students varied in age, ability, and background. One on end of the spectrum, one student
had exhausted every possible programming class she could take at her high school and was
simply bored, while another came from an artistic background and never worked with a
computer beyond Microsoft Word. With Dan’s dynamic teaching skills, students began to tackle
each step, separately at first, and then later as a team. By the middle of the course, each
student had a fully functioning computer and were beginning to create their own virtual musical instruments. Before long, you could hear a cacophony of sounds erupt from the computer lab coupled with laughter.

As the students grew in their knowledge, a new opportunity sprang into action. AIGA, Cogent
Studios, and River City Company created, Passageways, a call for proposals to animate four
alleyways in downtown Chattanooga. We jumped on the chance to get our students’ work out in the public eye and submitted a proposal to soundscape one of the Passageways. Once we
were selected, we had only six weeks to get our curriculum out of the classroom and into the
streets. As the students focused on code, we began coordinating between a team of artists from New York creating a visual installation called Stargaze and the Chattanooga Ballet Company to showcase the musically responsive alleyway.

It was amazing how many more learning opportunities quickly fell into place. Unfortunately most of that occurred once our students had to go back to school, so students worked on waterproof assemblies for the computers, installing hardware, creating back up systems, and learning the term, “bash to fit”. The biggest asset we really needed more of was time. On top of this, Art 120’s board chair and our install guru, Mike Harrison, had a heart attack. Losing his skills put us in a dire situation. Fortunately, our partners at TXRX Labs saved the day by sending us Diesel. We are not talking about fuel but rather an extremely talented maker and innovator in his own right. Diesel dedicated his time and talent to not only making sure the show went on, but that our students would have a year-round opportunity to use the soundscape as a hands-on lab. 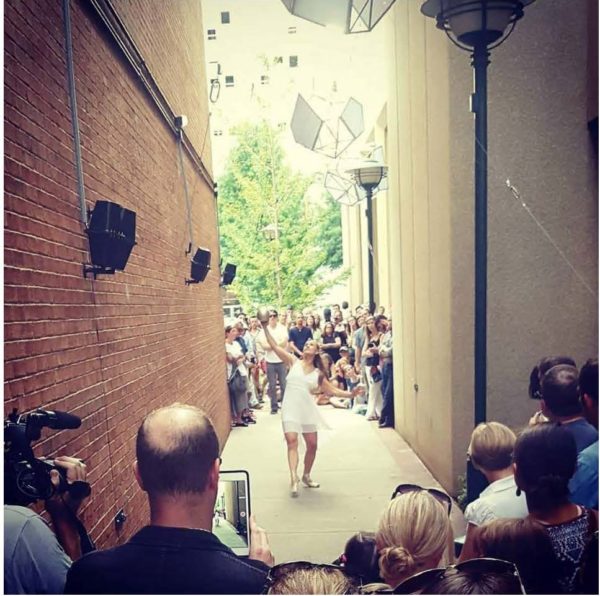 A member of the Chattanooga Ballet dances in the Passageways alley

Showtime came upon us quickly. The Passageway sprang to life, illuminated by the light
installation from the Stargaze team which hung above, the ethereal reverberations of the
soundscape, but most of all, the performance from the Chattanooga Ballet stole the show. Were there complications? No more than the usual when developing a curriculum, a new art form, and a new venue. Was it worth it? ABSOLUTELY! Thanks to TXRX Labs, Jason Helton, Diesel, Dan Mailman, Art 120, and most of all, Mozilla, for making our students shine brighter than the stars.

Have an idea of your own? The deadline to apply for the Mozilla Gigabit Community Fund is October 18, 2016.