It has now been a full month since the launch of Firefox 3.5 – what impact has the new browser had? 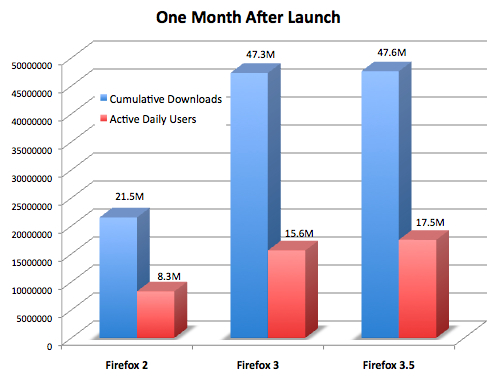 In just over 30 days, Firefox 3.5 has been downloaded 47.6 million times! This does not include downloads from users who go to (in Firefox) Help->Check for Updates. Looking at the conversion rate from user download to capturing that download as a daily user, we seem to have almost regained the conversion of Firefox 2.0: 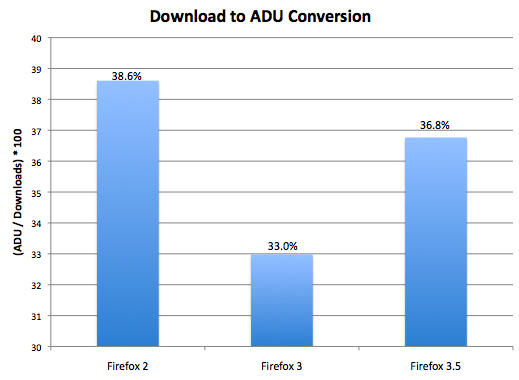 This is especially impressive when noting that we are in the middle of July in which ADU numbers are most likely depressed from events like schools on summer vacation. Firefox 2.0 was released in October, traditionally a stronger month than July for Firefox.