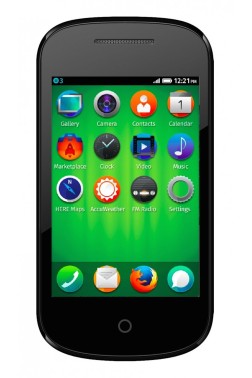 Three new smartphones have just launched in India and Bangladesh over the last few weeks, offering not only more affordable choice but the advent of a brand new ultra low-cost category.

Firefox OS is now available in Central America through Telefónica with launches in El Salvador, Panama, Nicaragua and Guatemala, and Deutsche Telekom launched the first Firefox OS devices in the Czech Republic and Macedonia.

“The flexibility and open foundations of Firefox OS give operators more choice and empower OEMs to deliver smartphones at more affordable prices,” said Neil Mawston, Executive Director of Strategy Analytics. “As Firefox OS continues its expansion into key growth markets such as Asia, Central and Latin America, it has emerged out of the ‘other’ category as one of the top platforms for the global smartphone industry.”

“Mozilla’s mission has always been global but the successful launch of Firefox OS in Asia in the last quarter proves that this mission appeals to one of the fastest growing populations in the world.” said Li Gong, President of Mozilla. “The expansion of Firefox OS into a brand new category of smartphones, along with the continued growth of new form factors holds great promise for the adoption of open Web technology and for enabling millions more people to access the Web.”