This is a re-post from Mozilla community member & add-on developer Brian King:

By small in the title, I mean small devices. One large step was taken in the Fennec add-ons ecosystem over the weekend at the Mozilla/Maemo get together in Copenhagen [pictures, tweets]. Present were a large chunk of the Fennec developement team, add-on developers, localisers, and community members. We shared the space with Maemo developers and community members, and while there was not much overlap during sessions and hacking, there were some useful discussions on how we can work better together. The weekend was a mix of sessions and hacking, with the focus more on the latter. We ported add-ons, made new ones, found bugs, and had discussions on best practices and ways to improve the user experience. Here is a mini-report of what went down, from an add-ons perspective.

It might be obvious to say this, but Fennec add-ons are much different beasts than their desktop counterparts. All the goodness of the Mozilla Platform is there and available to use, but the UI is completely different. Less hooks are available simply because there is less space, but the design and UI flow provide different challenges. Sure, there are toolstrips, aka vertical bars to stick icons on to, but what would happen if every extension did that. Pretty soon yours would be lost in the mix.

Madhava Enros did a good job of explain the design behind the Fennec UI. Dialogs and context menus are just 2 things among others that are out in Fennec, and their usage is strongly discouraged. With regard to dialogs, one concern I was hearing from devs is how to show preferences. Recent builds of Fennec (get desktop builds here, or ask on irc.mozilla.org#mobile) have already taken steps to address this. 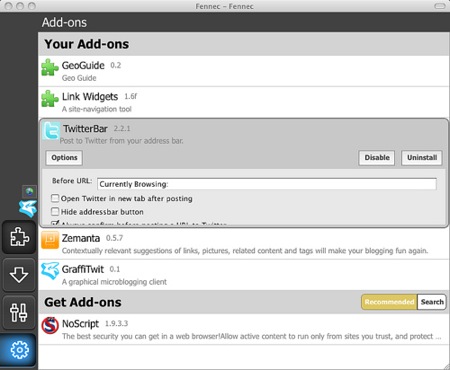 So as you can see, when Options is selected, the UI appears inline and not in a dialog. While there are still bugs, it is clever, but is it scalable for larger pref sets? Or should extension authors scale down?

I started off my talk about porting existing extensions [Slides: PDF | PPT] by challenging authors to really think whether they should do it. Ask yourself, does it make sense in this context? Does it fit into the browsing habits of users of smaller devices, which is different than desktop usage? For example, users on the go want more information suggested to them as opposed to go hunting for it which can be cumbersome. Now I don’t want to discourage you from porting your add-on. We certainly need more. Keep in mind that it will be more work than just adding Fennec as a target application in install.rdf, and while doing it, get inspiration for new ideas. I think some of the best add-ons will be ones built from the ground up that take advantage of device capabilities such as GPS and voice.

The document story needs to get better. Mark Finkle posted last week about his documentation efforts so far, and thanks to Mark for that. It gives us a solid foundation to add more. I urge everyone working in this area to post your finding on the Mozilla wiki / Devmo / your blog / anywhere to make life easier for those who follow and help promote adoption. I’ll be personally following up with all participants to make sure they do so.

Before the event, we offered a challenge at short notice on Mozdev to developers to propose ports of their existing work or new add-ons for Fennec. 4 entrants got to go to Copenhagen. The winners were (in no particular order):

Of the four, Fabrice completed GeoGuide, Chris is almost complete, and Marien and Benoit are still working on it. 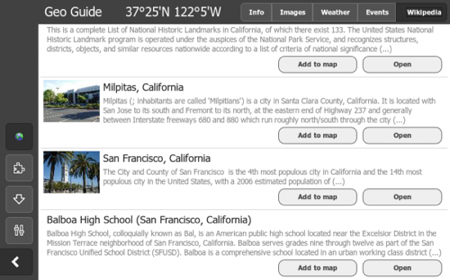 GeoGuide determines your location using the Geolocation API, and with that data present you with a map view, weather, local events, images, and wikipedia articles.

Some other good work came out the weekend. 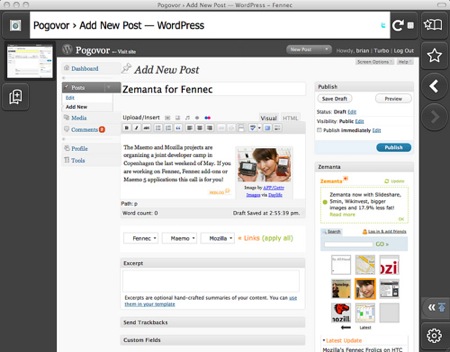 There are a few more add-ons for Fennec available on Mozilla Add-ons. UPDATE: More than a few.

One of the lessons learned is best summed up by the mantra ‘performance, performance, performance’. Things you take for granted on the desktop may bite you on the mobile device. Here are some performance related guidelines. Another important point is to try if at all possible to test on one of the mobile devices that Fennec runs on. When testing existing add-ons on Nokia developer devices, it was apparent quickly that this was not done for some existing ones. The desktop versions just don’t highlight some issues, e.g. related to touch. Another alternative is to run Maemo virtually. 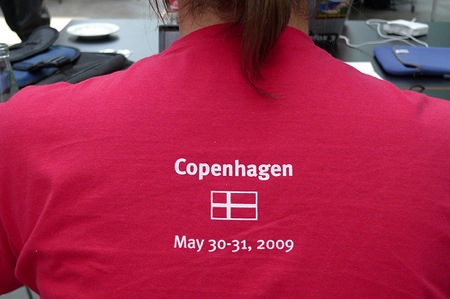 At this point, bugs are good. If you come across any, please report them and make them block bug 492546 [Develop an extension showing a xul page in BrowserCanvas]. Vivien Nicolas of Mozilla Europe is working on identifying all XUL related bugs in Fennec, triaging, and following up on fixes.