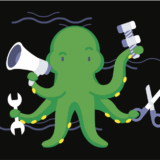 Two years ago, Google proposed Manifest v3, a number of foundational changes to the Chrome extension framework. Many of these changes introduce new incompatibilities between Firefox and Chrome. As we previously wrote, we want to maintain a high degree of compatibility to support cross-browser development.  We will introduce Manifest v3 support for Firefox extensions. However, we will diverge from Chrome’s implementation where we think it matters and our values point to a different solution.

For the last few months, we have consulted with extension developers and Firefox’s engineering leadership about our approach to Manifest v3. The following is an overview of our plan to move forward, which is based on those conversations.

Google has introduced declarativeNetRequest (DNR) to replace the blocking webRequest API. This impacts the capabilities of extensions that process network requests (including but not limited to content blockers) by limiting the number of rules an extension can use, as well as available filters and actions.

After discussing this with several content blocking extension developers, we have decided to implement DNR and continue maintaining support for blocking webRequest. Our initial goal for implementing DNR is to provide compatibility with Chrome so developers do not have to support multiple code bases if they do not want to. With both APIs supported in Firefox, developers can choose the approach that works best for them and their users.

We will support blocking webRequest until there’s a better solution which covers all use cases we consider important, since DNR as currently implemented by Chrome does not yet meet the needs of extension developers.

You can follow our progress on implementing DNR in bug 1687755.

Manifest v3 is a large platform project, and some parts of it will take longer than others to implement. As of this writing, we are hoping to complete enough work on this project to support developer testing in Q4 2021 and start accepting v3 submissions in early 2022. This schedule may be pushed back or delayed due to unforeseeable circumstances.

We’d like to note that it’s still very early to be talking about migrating extensions to Manifest v3. We have not yet set a deprecation date for Manifest v2 but expect it to be supported for at least one year after Manifest v3 becomes stable in the release channel.

We understand that extension developers will need to adapt their extensions to be compatible with Manifest v3, and we would like to make this process as smooth as possible. Please let us know about any pain points you might have encountered when migrating Chrome extensions to Manifest v3, and any suggested mitigations, on our community forum or in relevant issues on Bugzilla.

We are also interested in hearing about specific use cases we should keep in mind so that your extension will be compatible with Chrome for Manifest V3.

Firefox engineer on the add-ons team at Mozilla.