After last week’s warning from the German government against the use of Internet Explorer, the governments of France and Australia followed suit earlier this week.

Similar to our analysis of the impact in Germany, we wanted to see what happened this week with IE users downloading Firefox in both France and Australia.  There are a couple patterns you’ll notice with the pictures below: 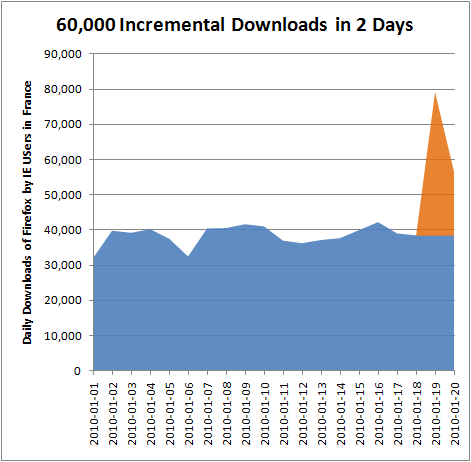 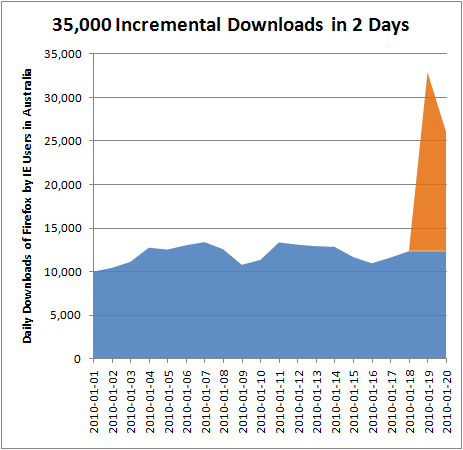