As Daniel pointed out, there has always been a dramatic increase in fresh downloads/installs of Firefox at the time of each minor version release – separate from people simply being updated.  We’ve never entirely understood this user behavior until Daniel started some digging yesterday.  Here’s what we know…

Why or how is this happening?

It turns out that the answer was right under our nose.   When people get an update, they see an update page.  And if they’re not on the current major version (e.g., 3.6), the page suggests that they go and download the lastest and greatest.   So, what happened within this user interaction yesterday? 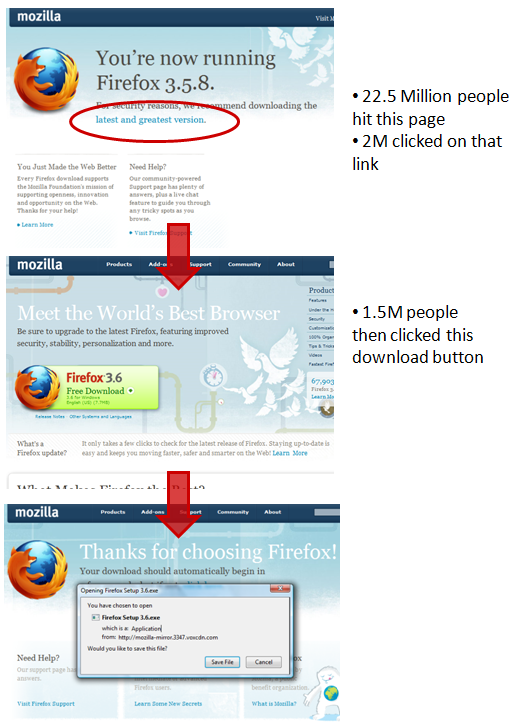 So, this explains a common experience for millions of users each time a Firefox update is shipped.  And it’s good to see the messaging on that 3.5.8 update page (and all older update pages) is paying off.  Perhaps we should consider changing the concept of those pages to be even more aggressive in getting people to update to the latest and greatest.