As an intern here at Mozilla, I’ve learned that one of the core goals of the organization is to help build a better Internet by creating great software like the Firefox browser.  But like many other endeavors, one of the first steps to developing a browser, or software in general, is to know the end-users.

Consequently, we were excited to examine responses to the Firefox 4 Beta Background Survey. This short survey was pushed to all Beta users through the Feedback add-on and asked a few basic browsing behavior and demographic questions. In all, over 30,000 people, or roughly 7% of the entire Beta user-base, were kind enough to submit their responses.  Analyzing these submissions will not only help us understand the current Beta users, but also reveal the missing user groups we need to acquire to make the Beta sample more representative of the larger, general Firefox population.

So what did we find out? Who are our Firefox 4 Beta users?  Here are our main highlights: 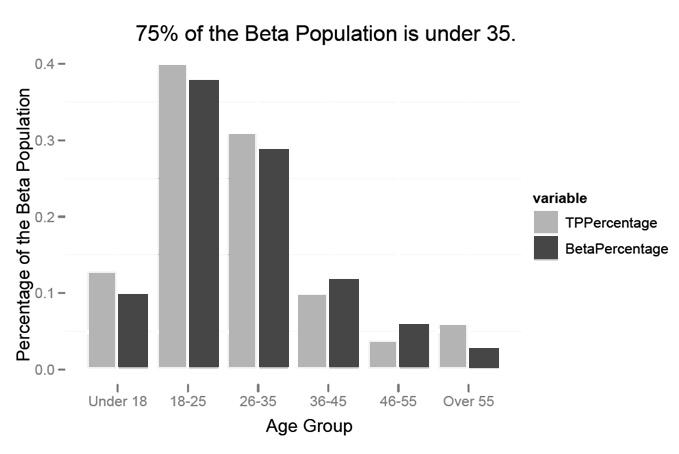 Although not surprising, our Beta population is concentrated among the lower age groups – over 75% of the Beta population is younger than 35 years old!  Even though we are skewed towards younger users, the good news is that there was a moderate increase in the participation of older users compared to our previous Test Pilot only sample.

2) Where are our Female Users? 96% of our Beta Population is male! 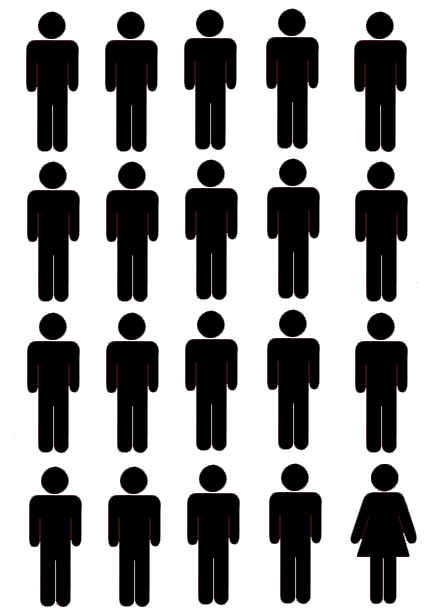 Evidently, our Beta Population is overwhelmingly skewed in terms of gender as 96% of users submitting feedback were male.

Due to the nature of betas, we expected the early adopters to be highly technical and spend a significant amount of time online.  Indeed, 69% of our Beta users are on the Web for over 4 hours a day, and 71% of gave themselves an advanced technical rating. 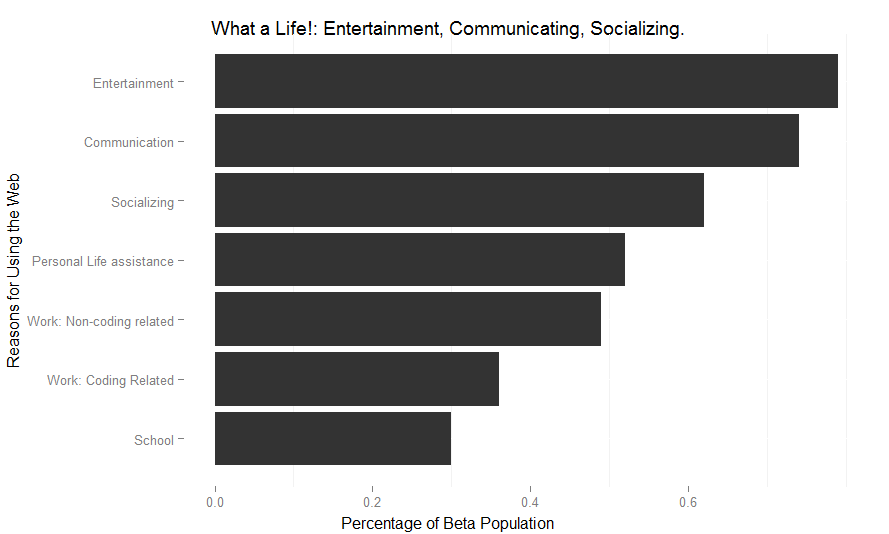 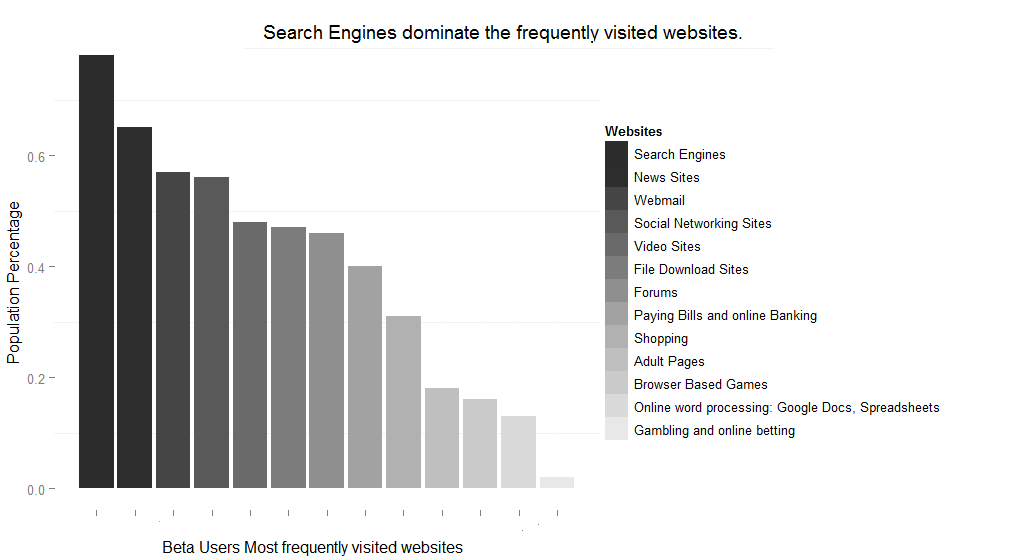 One of the most interesting aspects of this demographics survey was the potential to gain insights into the online interests of our Beta users.  We were particularly interested in identifying the main reasons why they use the web, as well as their most frequent visited websites. In particular, we found Beta users have three main reasons or using the web: Entertainment, Communication and Socializing.  We also noticed how these drivers were reflected in the most frequently visited websites as the top sites included News, Webmail, Social Networking, and Video content sites.

So what does all this survey information show? Overall, it clearly indicates that our Beta sample is far from representative of the general Firefox population. And in order to achieve more representative feedback, we need to increase the female, older and less technical user bases; we will definitely coordinate our Marketing, Metrics, and Community efforts to reach out to these users.

Maybe you existing Beta users can do some communicating and socializing to help us out! Tell your friends to download Firefox 4 Beta and help test the future of the Web!  Also, expect a follow-up blog post in the future as the makeup of the Beta sample evolves and (hopefully) becomes more representative.