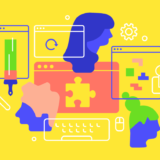 Firefox users love using extensions to personalize their browsing experience. Now, it’s easier than ever for developers with working knowledge of JavaScript, HTML, and CSS to create extensions for Firefox using the WebExtensions API. New and improved WebExtensions APIs land with each new Firefox release, giving developers the freedom to create new features and fine-tune their extensions.

Ready to get started? Visit the challenge site for more information (including the official rules) and download Firefox Developer Edition.

Winners will be notified by the end of April 2018 and will be announced with the release of Firefox 60 in May 2018.