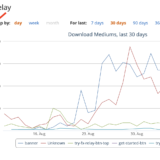 In June, we announced that we were making changes to add-on usage statistics on addons.mozilla.org (AMO).  Now, we’re making a similar change to add-on download statistics. These statistics are aggregated from the AMO server logs, do not contain any personally identifiable information, and are only available to add-ons developers via the Developer Hub.

Just like with usage stats, the new download stats will be less expensive to process and will be based on Firefox telemetry data. As users can opt out of telemetry reporting, the new download numbers will be generally lower than those reported from the server logs. Additionally, the download numbers are based on new telemetry introduced in Firefox 80, so they will be lower at first and increase as users update their Firefox. As before, we will only count downloads originating from AMO.

The good news is that it’ll be easier now to track attribution for downloads. The old download stats were based on a custom src parameter in the URL. The new ones will break down sources with the more standard UTM parameters, making it easier to measure the effect of social media and other online campaigns.

Here’s a preview of what the new downloads dashboard will look like: 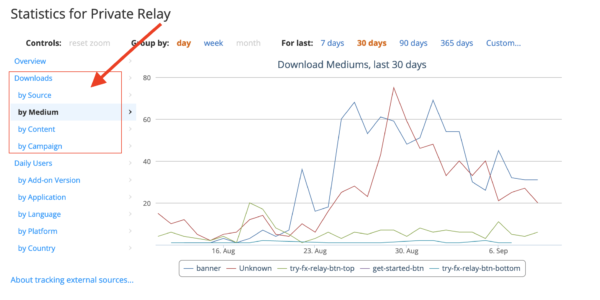 We expect to turn on the new downloads data on October 8. Make sure to export your current download numbers if you’re interested in preserving them.