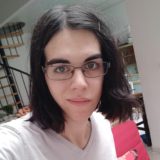 I’m pleased to announce our newest Friend of Add-ons, Mélanie Chauvel! After becoming interested in free and open source software in 2012, Mélanie started contributing code to Tab Center Redux, a Firefox extension that displays tabs vertically on the sidebar. When the developer stopped maintaining it, she forked a version and released it as Tab Center Reborn.

As she worked on Tab Center Reborn, Mélanie became thoroughly acquainted with the tabs API. After running into a number of issues where the API didn’t behave as expected, or didn’t provide the functionality her extension needed, she started filing bugs and proposing new features for the WebExtensions API.

Changing code in Firefox can be scary to new contributors because of the size and complexity of the codebase. As she started looking into her pain points, Mélanie realized that she could make some of the changes she wanted to see. “WebExtensions APIs are implemented in JavaScript and are relatively isolated from the rest of the codebase,” she says. “I saw that I could fix some of the issues that bothered me and took a stab at it.”

Mélanie added two new APIs: sidebarAction.toggle, which can toggle the visibility of the sidebar if it belongs to an extension, and tabs.warmup, which can reduce the amount of time it takes for an inactive tab to load. She also made several improvements to the tabs.duplicate API. Thanks to her contributions, new duplicated tabs are activated as soon as they are opened, extensions can choose where a duplicate tab should be opened, and duplicating a pinned tab no longer causes unexpected visual glitches.

Mélanie is also excited to see and help others contribute to open source projects. One of her most meaningful experiences at Mozilla has been filing an issue and seeing a new contributor fix it a few weeks later. “It made me happy to be part of the path of someone else contributing to important projects like Firefox. We often feel powerless in our lives, and I’m glad I was able to help others participate in something bigger than them,” Mélanie says.

These days, Mélanie is working on translating Tab Center Reborn into French and Esperanto and contributing code to other open-source projects including Mastodon, Tusky, Rust, Exa, and KDE. She also enjoys playing puzzle games, exploring vegan cooking and baking, and watching TV shows and movies with friends.

Thank you for all of your contributions, Mélanie! If you’re a fan of Mélanie’s work and wish to offer support, you can buy her a coffee or contribute on Liberapay.

If you are interested in contributing to the add-ons ecosystem, please visit our Contribution wiki.