Change.  For some it’s a bad word.  For some it’s exciting.  Lately I’ve been stuck, and now I see that change was the next step to stuck.  I had to get stuck in order to change.  Change will take some letting go.

So what’ the change?  Capture Mozilla is Air.Mozilla too.  Duh you say?  Sounds simple! Simple yes, easy no.  Capture Mozilla was a brain child of mine born from the need to scale knowledge and know how, not in the form of formal training, but in the voice of the Mozillians who are sharing.  Here are some things I’m learning that lead to a (change) wider view of knowledge share:

When we build a video, either really scrappy or really produced, we want some ownership. Maybe we don’t want to hand it over to the Capture Mozilla project.  Maybe we want to share it, but curate it from a place that is our own, that we have ownership in.

There are 4 distinct channels for Capture Mozilla.  Well, what if YOUR knowledge share doesn’t fit?  Do we cram you into the C-Mo box?  Do we shape your share into the C-Mo mold?  No.  We follow you.  Like Mozillians ourselves, there are many variations of video knowledge share and putting us in a box is limiting.

3)  Making your own box makes sense.

Maybe your knowledge share fits into a C-Mo box.  Maybe you and your group or initiative, or subject deserves it’s own box.  And that box comes in the form of channels.   Checkout Air.Mozilla channels and see what I mean.  They are in their infancy and can only grow with your participation.  Someone’s got to go first, it could be you.

Notice all the “maybe’s” in my post?  That’s because I’m still thinking.  Less stuck, at the beginning of change and  thinking of all the “what’s possible” and “maybe’s”.  What I do know now is that Capture Mozilla is a project, not a place.  Making implicit knowledge explicit though video storytelling can and does happen in channels too.  By the way, changing the thrust of my work takes some letting go.  And that hurts a little.  Change, there’s that work again.

And so now I see that the first iteration of Capture Mozilla was the baby version.  The version that said all short videos live here.  The idea of  Capture Mozilla is growing up and it’s next stage is the freedom of channels.

It’s a project, an intention, not a place.  Whew. 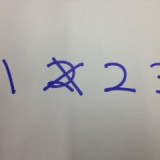 “So, in a given time frame, plan to achieve something worthwhile in half the time, throw it away, then rebuild what has to be a better version, given the advantages of hindsight.” – from an essay in the MythicalManMonth