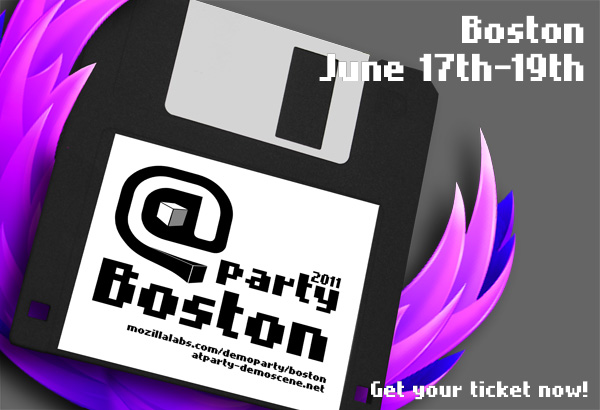 This event is part of Mozilla Labs DemoParty, an initiative to foster artful exploration of web technologies.

On June 17th “North America’s Only Live Freestanding Demoparty” is happening and we’re part of it! Bostons’ demoscene is meeting at the “@party” to hack and compete on platforms from Nintendo Gameboy over 8-bit music to two newly added categories: “Single Effect Web Demo” and “Full Web Demo”.

Alister MacDonald aka F1LT3R, member of the Mozilla #audio team, will host a hacking workshop to get Bostons’ demosceners excited about using web technologies in their art work.

This is going to be a hot weekend for demosceners, not only in Boston – The Flame Party Helsinki is happening at the same time!!! 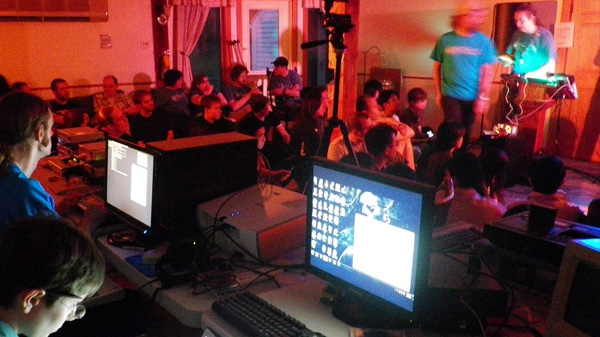 NOW – Enjoy the invitation demo!! Sadly it’s made for MSFT Windows, not in HTML5. Next year?