As we approach the official release of Firefox 3, I thought it’d be an interesting thought exercise to start considering what life will look like shortly after that special day.  In other words, where will the Mozilla community see itself one month after launch, e.g., what will the adoption picture look like?

One approach would be to devise a statistical model to predict the future of Firefox 3.  Another, more intuitive approach is to simply layout the events surrounding the launch of Fx2 (October ’06) and let the readers of blog of metrics take some educated guesses.  In the charts below, Firefox 1.5 is the blue line and Firefox 2 is the red line. 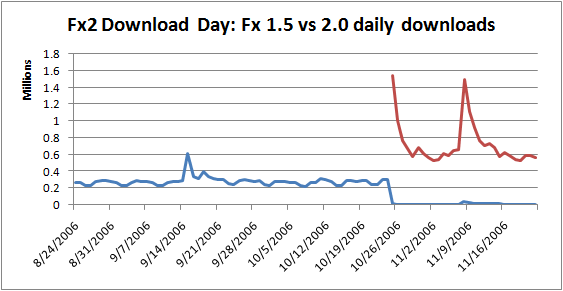 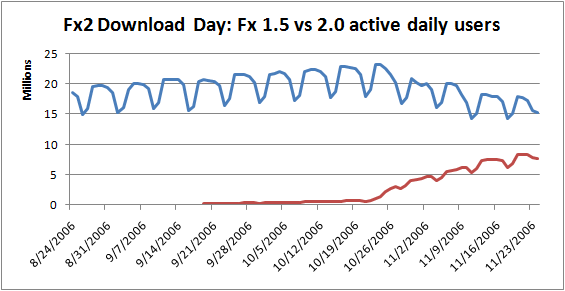