Many of us at Mozilla and within the Mozilla community were excited when Stephen Colbert gave Firefox 3 his “Colbert Bump” on the day of Firefox 3’s launch (a big thanks to Jonathan Zittrain).  You can watch the video here.

Download Day was a wild success, and we were happy to share some thanks and credit with Stephen.  However, a few questions naturally arose, e.g., what was the direct impact of the Colbert Bump? and could the effect be precisely measured?

Here’s what we did:  we looked at downloads of Firefox 3 by users within the U.S. – and then we drilled down to a minute-by-minute view to see what, if anything, could be detected.  At minute 23 of the broadcast, Colbert said, “Firefox 3 just got the Colbert Bump.”  What happened next?

We saw a big spike in downloads exactly one and two minutes later: 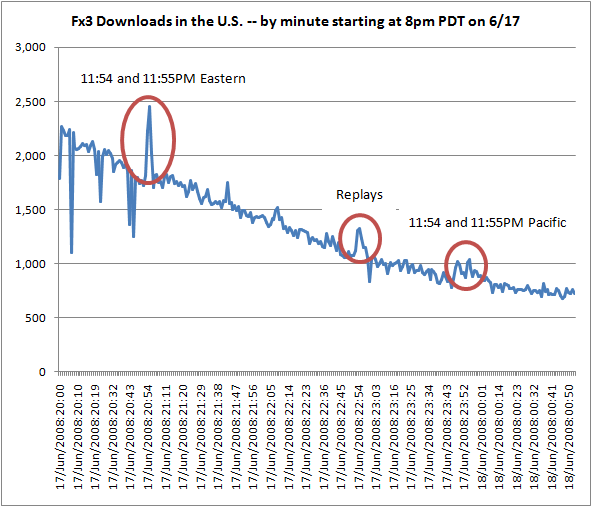 Apparently we’re not the first to find scientific evidence proving the Bump’s effect.  If you’re interested in that previous study by James Fowler of the University of California at San Diego, you can read the complete version here.