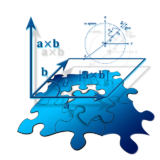 Last week Firefox 62 moved into the Beta channel. This version has fewer additions and changes to the WebExtensions API than the last several releases. Part of that is due to the maturing nature of the API as we get farther away from the WebExtension API cutover back in release 57, now over seven months ago. Part of it was a focus on cleaning up some internal features — code changes that increase the maintainability of Firefox but are not visible to external developers. And, let’s be honest, part of it is the arrival of summer in the Northern hemisphere, resulting in happy people taking time to enjoy life outside of browser development. 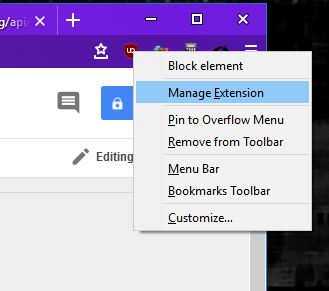 You can now manage hidden tabs, introduced in Firefox 61, via a down-arrow that is added to the end of the tab strip. When clicked, this icon will show all of your tabs, hidden and visible.  Firefox 62 introduces a new way get to that same menu via the History item on the menu bar. If you have hidden tabs and select the History menu, it will display a submenu item called “Hidden Tabs.”  Selecting that will take you to the normal hidden tabs menu panel. 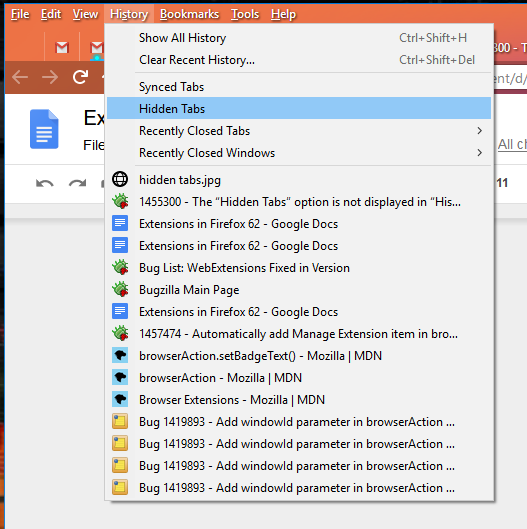 A few enhancements to the WebExtensions API are now available in Firefox 62, including:

A couple of changes to the WebExtensions theme API landed in this release:

A few noticeable bug fixes landed in Firefox release 62, including:

A total of 48 features and improvements landed as part of Firefox 62. As always, a sincere thank you to every contributor for this release, especially our community volunteers including Tim Nguyen, Jörg Knobloch, Oriol Brufau, and Tomislav Jovanovic. It is only through the combined efforts of Mozilla and our amazing community that we can ensure continued access to the open web. If you are interested in contributing to the WebExtensions ecosystem, please take a look at our wiki.